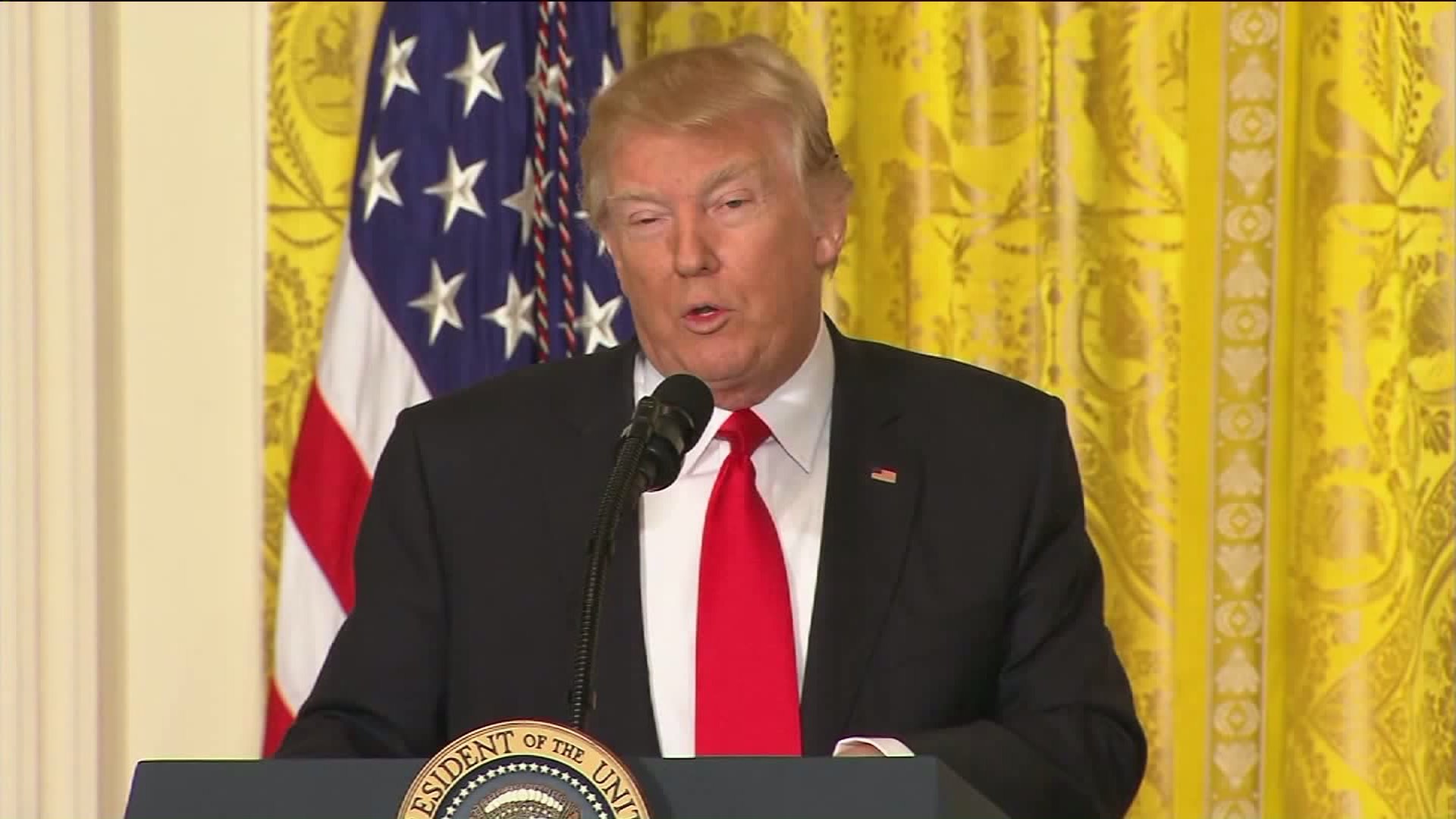 WASHINGTON — Reaction inside the Capitol to President Donald Trump's 75-minute press conference ranged from stunned to bemused — as the people weighing his sweeping agenda pondered how to deal with a leader who promised that he was "not ranting and raving."

Following the news conference, one Republican lawmaker tried to keep the President's comments in context with his overall demeanor: "We're just trying to manage this s***."

Another lawmaker said that he was at the House gym when Trump took the podium at the White House and that every lawmaker in there — the gym is for representatives only — watched the President's news conference.

A Republican senator and Trump critic who watched the President's press conference texted CNN's John King: "He should do that with a therapist, not on live television."

Trump used a news conference originally called to introduce his new pick for labor secretary — just one day after his embattled former nominee, Andrew Puzder, withdrew his nomination — instead to unload on the press and fight back at questions of Russia's influence on his election win as "fake news."

"I've heard it was riveting television," said Rep. Mark Walker, chairman of the Republican Study Committee — a large bloc of conservative Republicans in the House, critical to the success of any of the President's priorities.

Walker said he only saw clips of the news conference but said he empathized with Trump, saying he tries to see the best in people — and that he hopes it yields big results for Republicans.

"I don't know if that's just who he is or the environment of what he came from. I think long-term, you have more success by building the relationship component first. But he's been able to obviously win and do some things there with that tough guy brashness there," Walker said. "I'm hoping at some point, the benefit of that is that it augments us enough that we're able to drive some policies through for us."

Rep. Jerry Nadler, a longtime New York Democrat, was stunned as a reporter read him quotes from Trump's news conference — including Trump's insistence that a question from a reporter for a Jewish publication about anti-Semitism was "unfair" and that all questions about Russian interference in the election are "fake news."

Nadler said Trump was not fit for office.

"He lies all the time, in a way we've never seen from a president," Nadler said. "He doesn't seem to know reality from fantasy. He keeps obsessing about the past-tense about his election, about how many people did or didn't come to the (inauguration), anybody who points out facts about anything he labels 'fake news.'"

Other Democrats, including California Rep. Maxine Waters, have already called for an impeachment of Trump, but Nadler said he would have to wait and see if the results of an investigation into Russia's influence in the election reached directly to Trump before making that call.

"Was he involved in that? If he was, that raises the gravest constitutional questions," Nadler said.