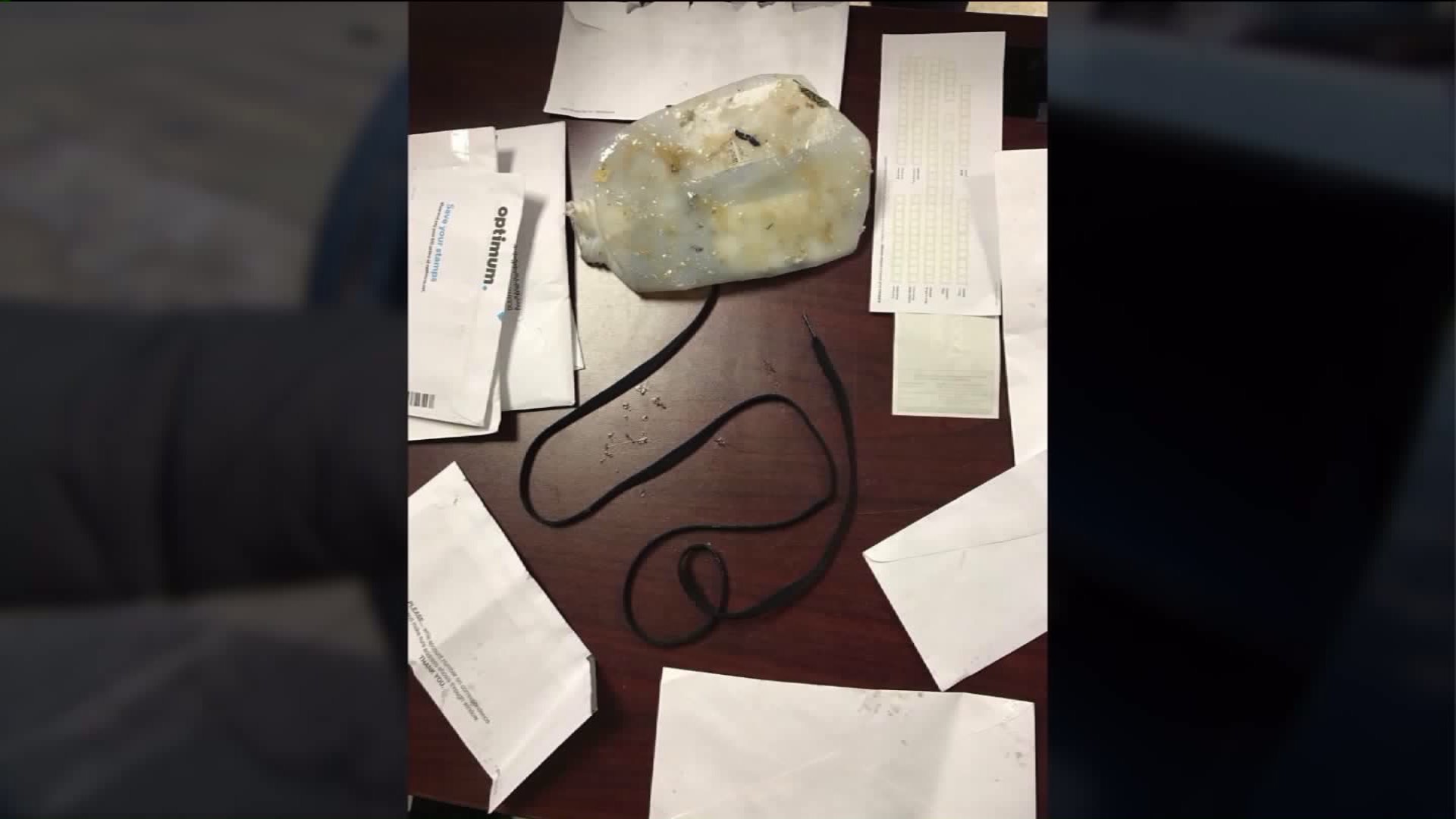 The thieves drop a glue covered object in the mailbox, hoping to catch envelopes with checks or credit cards.

THE BRONX, N.Y. — Did you ever hear of mailbox fishing? Most people haven’t, but it’s a growing problem in the Bronx.

Thieves tie a long string to a glue covered object, such as a crushed water jug and then drop the sticky object through the mailbox door.

According to Bronx Borough President Ruben Diaz, Jr., “at nighttime they come and they’ll pull up the string and everything that stuck to the object will be theirs.” The mailbox fishers are hoping to catch envelopes containing checks and credit cards.

Last November the Bronx Post Office removed over 100 of the blue collection boxes with the pull down doors.

They were supposed to be replaced with boxes that have narrow slots at the top to put in your mail.

That would prevent mailbox fishing. Most Bronx politicians supported the move, although they say they were not informed in advance. But now they’re furious with the Postal Service. That’s because it’s been three months and most of the boxes that were removed have not been replaced.

Residents who depend on those corner mailboxes to mail their bills and letters are upset. “It’s a terrible inconvenience” one woman told PIX11. Another said “Now you’ve got to walk block to mail your business.” Especially hard hit are the seniors and disabled who can’t walk to the nearest post office.

“The solution is very simple”, says State Assemblyman Jeffrey Dinowitz, “give us back our mailboxes.” Dinowtiz is one of eight Bronx politicians who recently wrote a letter to the U.S Postmaster General, complaining that “the Bronx Post Office has yet to offer a timeline for replacement.” Dinowitz told PIX11 “Not only have they not said when they’re going to put them back, but they’ve told us they not put them back.”

The borough president says “I don’t think they see the urgency. Maybe it’s because it’s in the Bronx."

PIX11 tried to get some answers form the Postal Service, but ended up getting the runaround.

The spokesperson designated to speak with PIX11 said she was from the inspection service and didn’t have the information to answer the obvious question we had.

When PIX11 asked “How about why it’s taking so long to put back the mailboxes? You can’t answer that question?” spokesperson Donna Harris said “Unfortunately no, unfortunately no. That’s something that should be answered by postal operations and that would be the Postmaster of the Bronx." She couldn’t even give PIX11 the Bronx postmaster’s telephone number or email address.

PIX11 managed to find it and called postmaster Lillian Rodriguez. We left a message, but she never called us back. We’ll keep you posted. What a Shame!