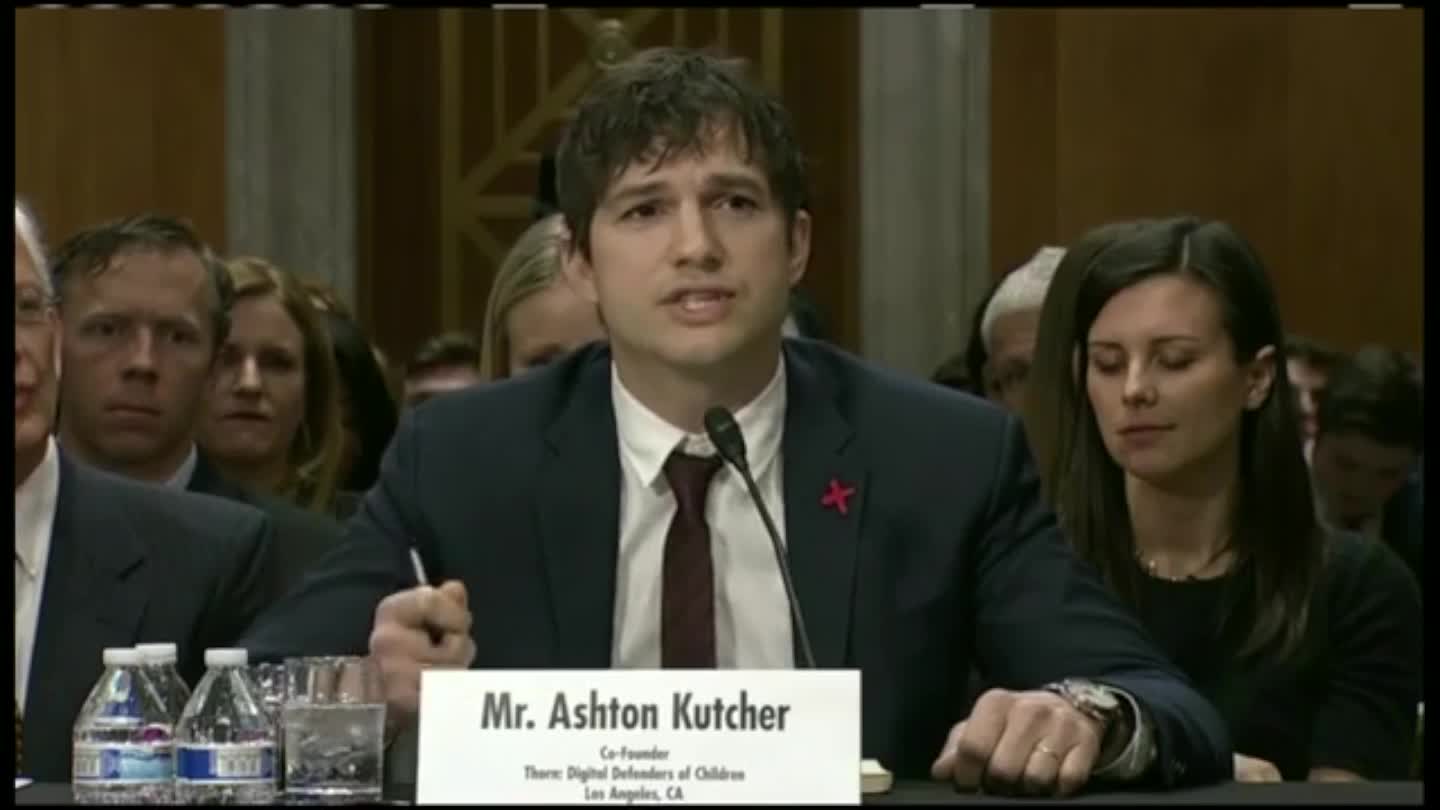 Kutcher is the co-founder of Digital Defenders of Children.

"I've seen video content of a child that is the same age as mine, being raped by a American man that was a sex tourist in Cambodia," Kutcher said.

"And this child was so conditioned by her environment that she thought she was engaging in play."

Kutcher, a co-founder of Digital Defenders of Children, also known as Thorn, a company that fights international anti-human trafficking, touched on the dangers of technology and the "dark web" during his 15-minute speech.

"I've been on the other end of the phone call for my team, asking for my help because we have received a call from the Department of Homeland Security telling us that a 7-year-old girl was being sexually abused and that content was being spread on the dark web," Kutcher said.

He then turned to lawmakers to emphasize how technology, though can be dangerous, can also help identify and rescue sex trafficking victims. He advocated for a software tool called Spotlight that his company had created to help law enforcement find and identify victims.

"In six months, with 25 percent of our users reporting, we've identified over 6,000 trafficking victims, of which 2,000 are minors," Kutcher said.

The actor also described his multiple day jobs he takes on, including being a father to two children he has with actress Mila Kunis, that expands to a bigger role.

"And as part of that job that I take very seriously, I believe that it is my effort to pursue their right to pursue happiness and to ensure society and government defends it as well," Kutcher said in an effort to shoot down the "internet trolls."

The hearing including Senator John McCain, who Kutcher had worked with before on the issue. McCain and Kutcher shared a playful moment in the beginning of the hearing.

"Ashton you're better looking in the movies," McCain said.

Kutcher then blew McCain an air kiss before he continued his remarks.