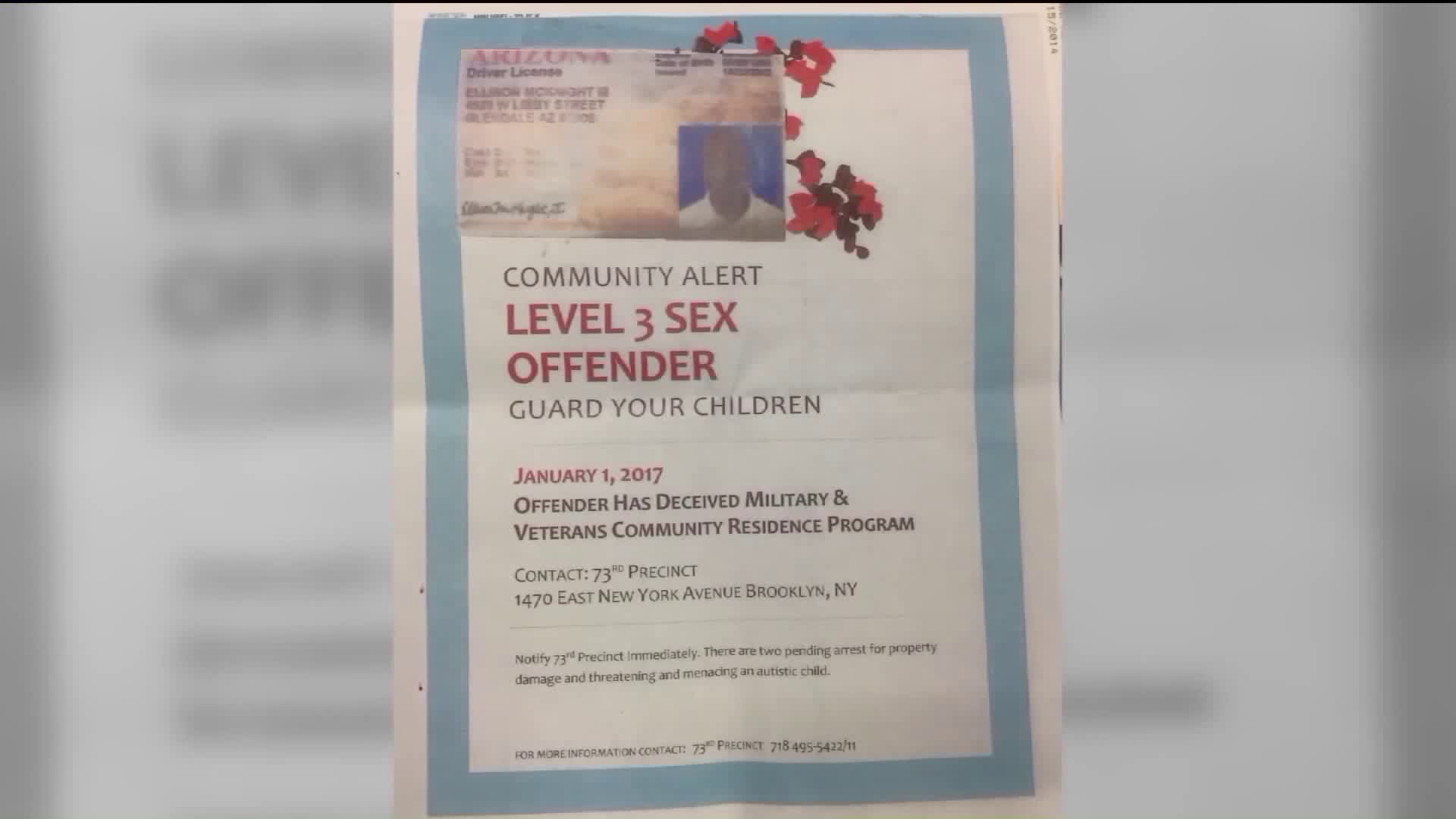 The operator of a non-profit designed to help veterans secure housing is accused of trying to illegally evict them.

BROWNSVILLE, Brooklyn — The operator of a nonprofit designed to help veterans is accused of falsely portraying a former Army specialist as a sex offender, locking him out of his home and forcing him onto the streets.

Brownsville residents witnessed posters hanging up around their neighborhood to warn residents of U.S. Army Specialist Ellison McKnight. The posters alleged that McKnight was a level-three sex offender.

Mike Erber the operator of Mutual Assurance Guaranteed Veterans or MAG-V, a nonprofit designed to secure affordable housing for veterans is alleged to have put up the inaccurate signs.

"He's made these false accusations that Mr. McKnight is a sex offender, absolutely baseless and had put up these posters around the neighborhood and has really jeopardized Mr. McKnight's safety," said Peter Kempner with Brooklyn Legal Services and the Director of the Veterans Justice Project.

He is also McKnight's attorney who made it clear this is a professional first.

"I have never seen anything like this in my 15 years of practice," said Kempner.

Kempner says it was a strategy to get McKnight out of his apartment even though a Brooklyn Housing Court Judge ruled in favor of McKnight to have access to his home. It was not immediately clear why Erber wanted McKnight out of the home.

Erber is not respecting the judge's ruling, according to Kempner.

"There has now been three orders, ordering Mr. McKnight to be restored to possession and he is just absolutely contentious in ignoring the courts order," said Kempner.

For now McKnight remains locked out of the home and is sleeping wherever he can, including the streets.

Kempner says his client refuses to go to a city shelter due to safety. He also adds he is uncertain of McKnight's future in Brownsville because of federal money that Erber has failed to steer to the landlord for long term rent.

McKnight's neighbor Genene Walker summed up the situation saying, "they just ruined that man's life. They ruined his life."

PIX11 reached out to the attorney general's who is aware of MAG-V, but would not comment on the investigation.