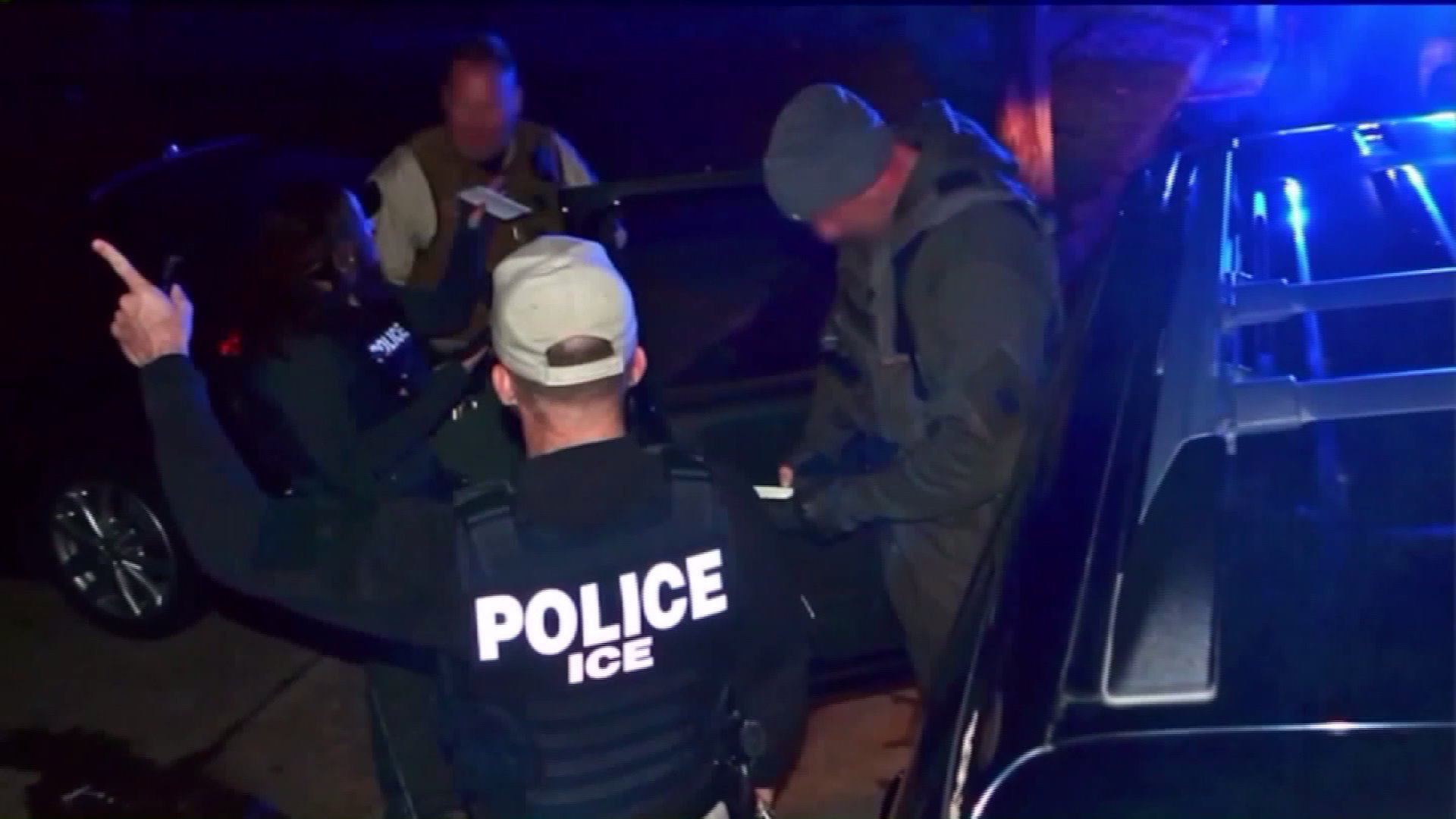 MANHATTAN – The fear is real in New York City's immigrant communities and now there are reports criminals are trying to profit off those fears, allegedly by pretending to be federal ICE immigration agents.

Four men wearing "ICE jackets" approached a man near his Woodside home on Monday and gave him an ultimatum: pay up or be deported. The victim, who has a via and speaks only Spanish, allegedly handed over $250 in cash.

Van Bramer filed a complaint with the NYPD on behalf of the constituent who confided in him about his alleged scam. Police said they are working with the councilman.

Amid those concerns, New Yorkers against the Trump administration’s suspended executive order on immigration gathered in Foley Square Tuesday evening.

They expressed fear of an updated version of the order that could increase deportations of immigrant families.

"I daily hear people calling, freaking out over the phone," Andrea Gonzalez said. "Just anxiety – it's real. It's creating this chaos in a community that's already been vulnerable."

Federal immigration officials confirm agents recently rounded up almost 700 people classified as "illegal immigrants" in raids across the country, asserting a majority of those targeted were criminals who do not belong in the United States.

"Right now, as the result of the president's order, great expanded and more vigorous immigration are taking place," Miller said. "It is true the Operation Cross-Check is something that happens every year. But this year we have taken new and greater steps to remove criminal aliens from our communities. Because of President Trump's actions, innocent people are now being kept out of harm's way."

When asked about whether the rounded up undocumented immigrants, most of which had criminal convictions, deserved to be in the country, Foley Square demonstrator ThanIu Yakpitiyage said the answer is more complicated than that.

"It's really concerning that the administration wants to pit an entire class of people as 'criminals,'" Yakpitiyage said.

"A lot of these individuals actually have minor convictions for something as small as jumping a turnstile. We don't believe that people who have done things like that should actually deserve to be deported."