Drug smugglers use catapult to launch marijuana across Mexico-US border 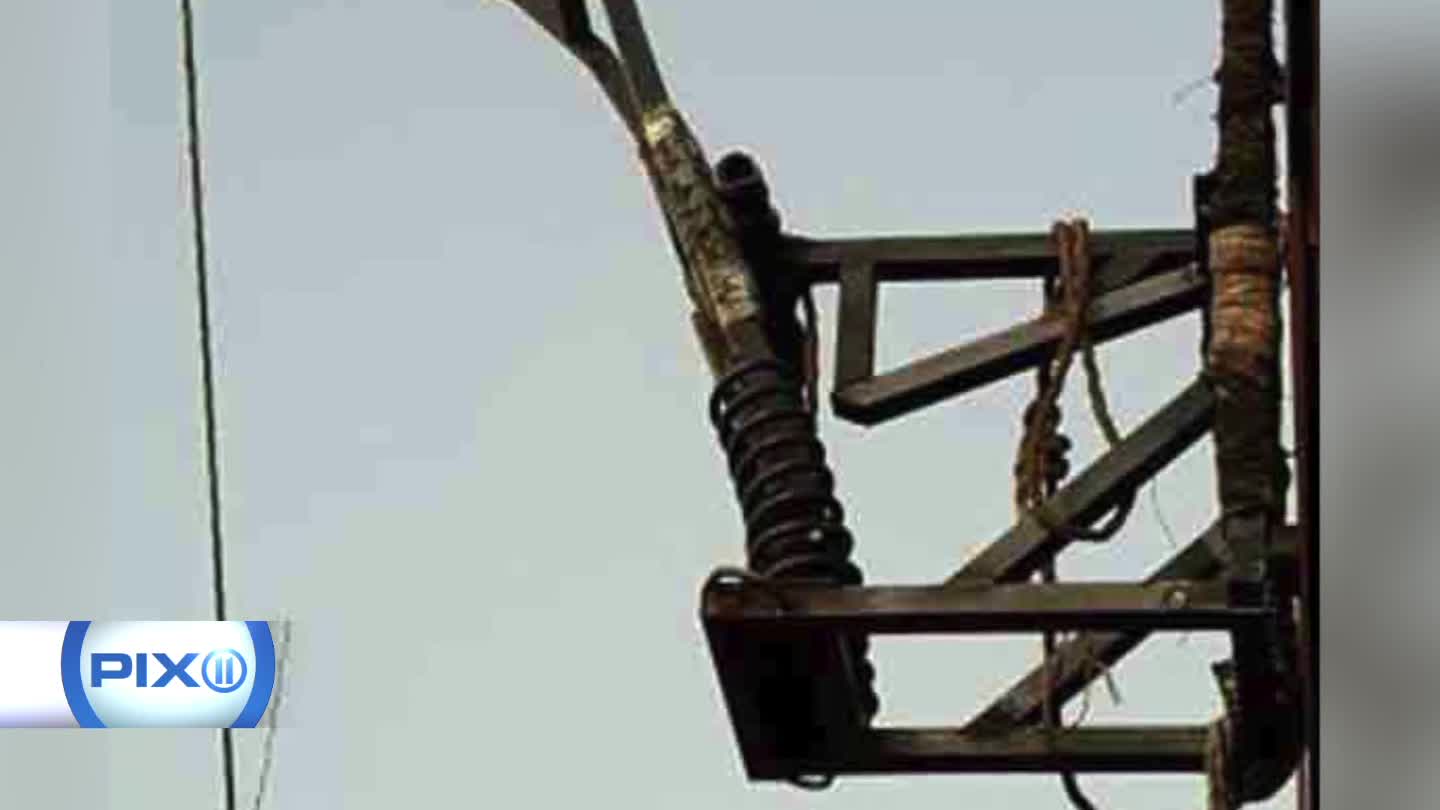 Authorities say it was powerful enough to sling two bundles of weed-- with a combined weight of 47 pounds.

Border Patrol agents in Douglas, Arizona, dismantled a drug-hurling catapult found with 47 pounds of marijuana on the border fence between the U.S. and Mexico on Feb. 10, 2017.
Credit: U.S. Customs and Border Protection/Twitter

Border Patrol agents in Arizona thwarted some clever drug smugglers and dismantled a drug catapult used to launch marijuana into the United States from Mexico.

The catapult was attached to the top of a border fence near the Douglas Port of Entry, which is about two hours southeast of Tucson, Customs and Border Protection officials said in a statement Tuesday. The device appeared to be constructed of square tubing and a heavy spring welded together, with rope tied around parts of it.

The contraption probably wouldn't win any pumpkin chunkin competitions, but it was powerful enough to sling two bundles of weed — weighing a combined 47 pounds — into the United States from Mexico.

Agents made the discovery on February 10, when they approached several people near the fence, who then ran away.

They searched the area and found the drugs nearby.

The CBP alerted Mexican authorities, who seized the catapult, and CBP agents later dismantled it. The US federal agency then showed off its sense of humor by tweeting: "#USBP agents spring into action dismantling catapult used to launch #Marijuana" (Get it?).

This is just the latest example of drug smugglers' ingenuity, or more accurately, the ingenuity of the authorities who caught them.

In January, officers in Pharr, Texas, seized $789,467 worth of marijuana in a shipment of key limes. They used a K-9 narcotics team and thermal imaging to find the 3,947 pounds of weed that had been stuffed into more than 34,000 fake limes.

Last year, authorities at the same border crossing discovered 2,493 pounds of marijuana that had been disguised as carrots. It took two Ford pickup trucks to haul away the phony carrots, which the CBP estimated were worth almost a half-million dollars.