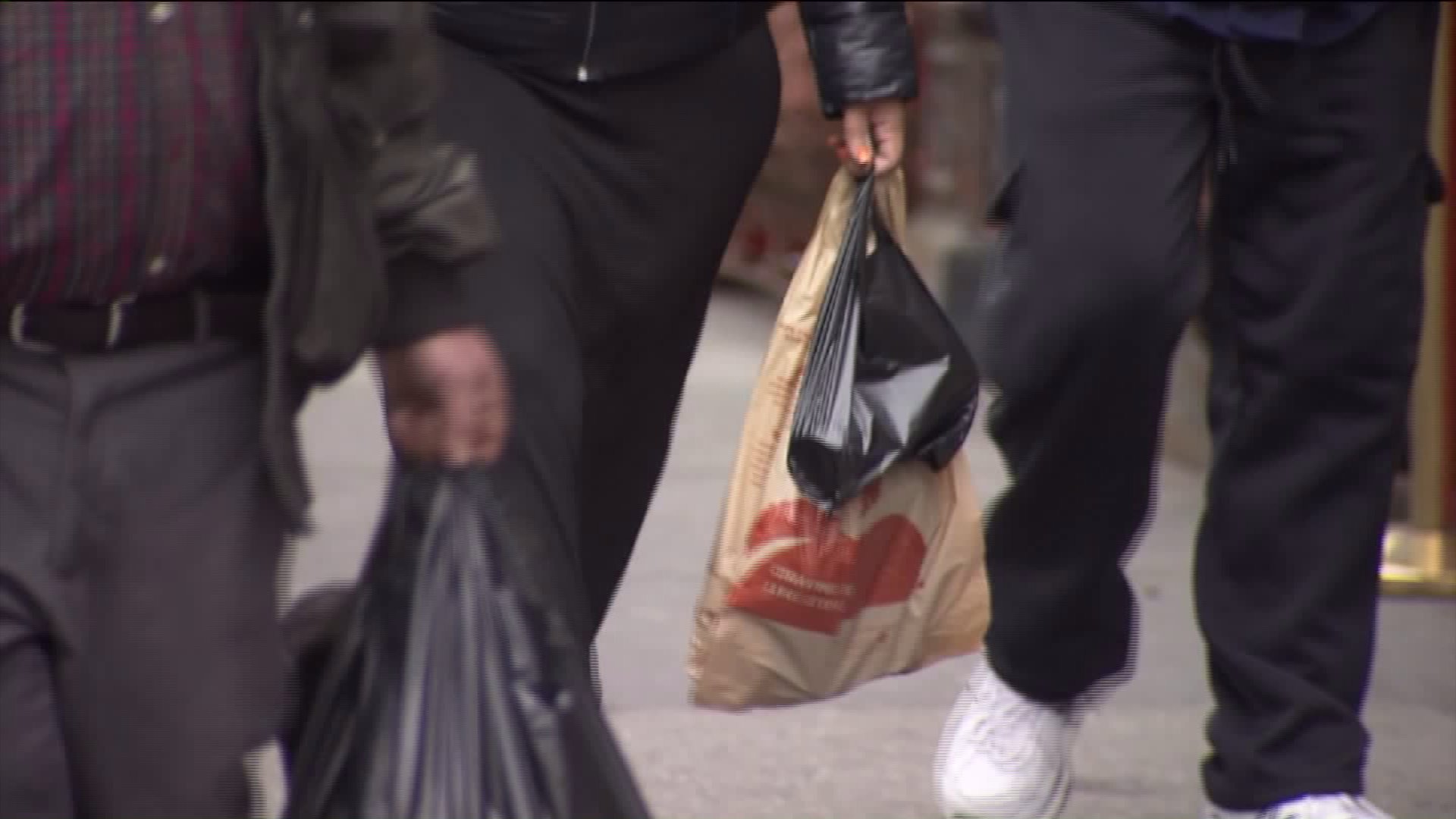 Cuomo, a Democrat, called the fee "deeply flawed" because it would allow store owners to keep the profit.

ALBANY, N.Y. — The nickel tax has been nixed.

Just hours before it was set to take effect, Governor Cuomo signed a bill preventing New York City from charging shoppers 5-cents for paper and plastic bags at stores throughout the five boroughs.

Cuomo, a Democrat, called the fee "deeply flawed" because it would allow store owners to keep the profit.

Already a new proposal has popped up in it's place.

"Sometimes a five-cent fee is the difference between the person being able to get a gallon of milk, a pound of meat, stay current on their rent," said Assemblyman Luis Sepulveda. "It may sound trivial, but the reality is we see this in our communities all the time."

Sepulveda voted to stop the bag fee because he thought it would hurt many of his constituents. Still, he agrees that something needs to be done about a plastic bag burden that costs New York City almost $13-million a year in sanitation services.

"What everybody wants is to stop the usage of plastic bags," said Sen. Alcántara. "We are here because we think that this is a solution to the problem."

Rather than charging 5-cents per bag, the legislators want to reward customers who bring their own reusable shopping bags with a 3-cent rebate on state tax.

Governor Cuomo floated several ideas of his own including banning disposable bags altogether and implementing a tax that would go to government rather than the merchants. Ultimately he said he'd create a task force to come up with a solution by year's end.

But City Councilmember Brad Lander, who fought for the fee, stood by the Council's decision.

"Carryout bag fees are the right policy – that’s why they have been adopted in cities from Washington DC to Seattle, the entire state of California, and in countries from Ireland to Israel to South Africa," Lander said in a joint statement with Councilmember Margaret Chin. "In city after city, all the evidence shows that the vast majority of people, across lines of race and income, switch to reusable bags once a fee is in place."

While New York City won't be able to implement the 5-cent fee for at least a year, if ever, people living in Suffolk county will still have to pay the 5-cent fee lawmakers approved last year. That's because the bill signed by Governor Cuomo only impacts cities with more than 1-million people.