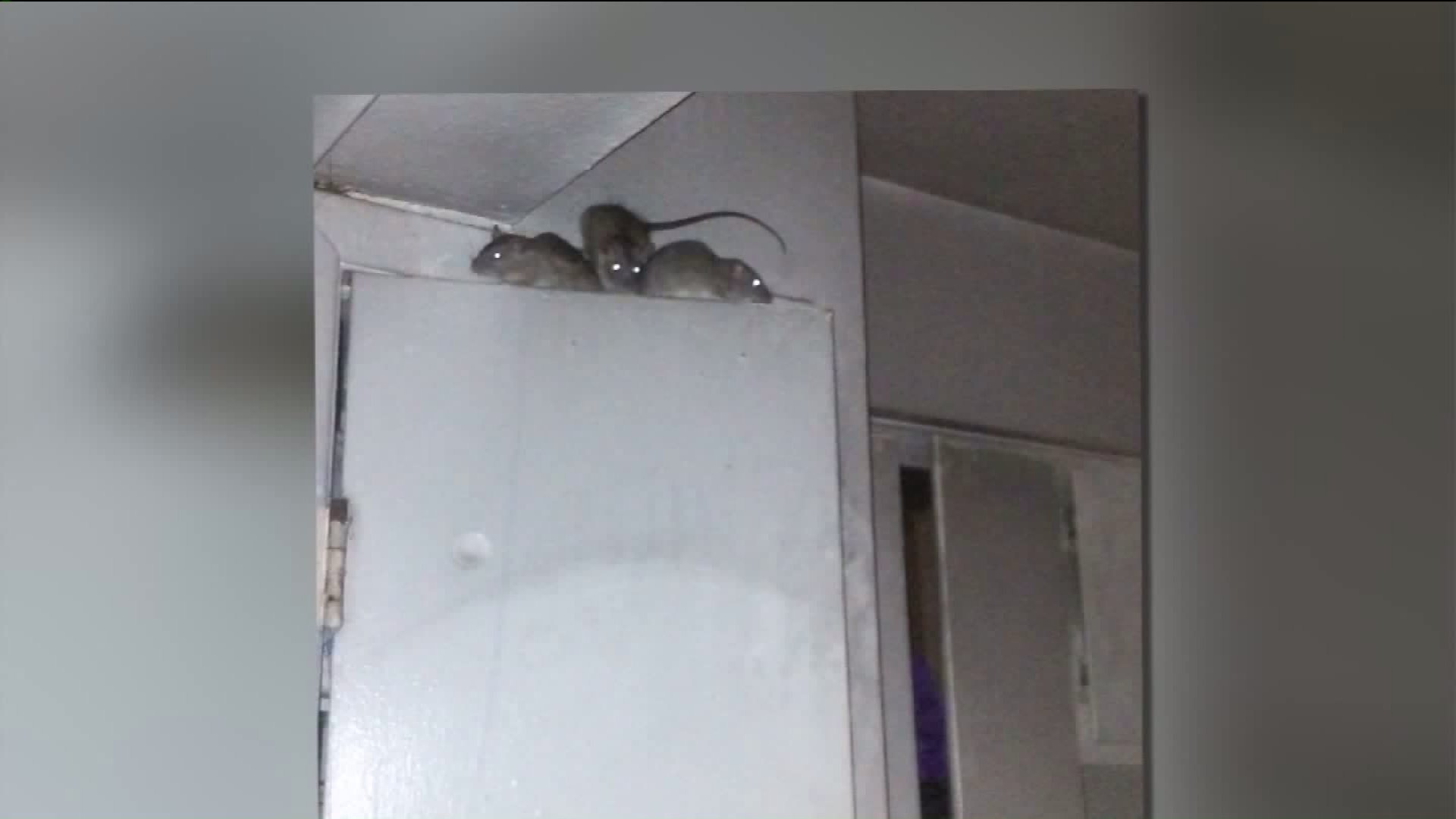 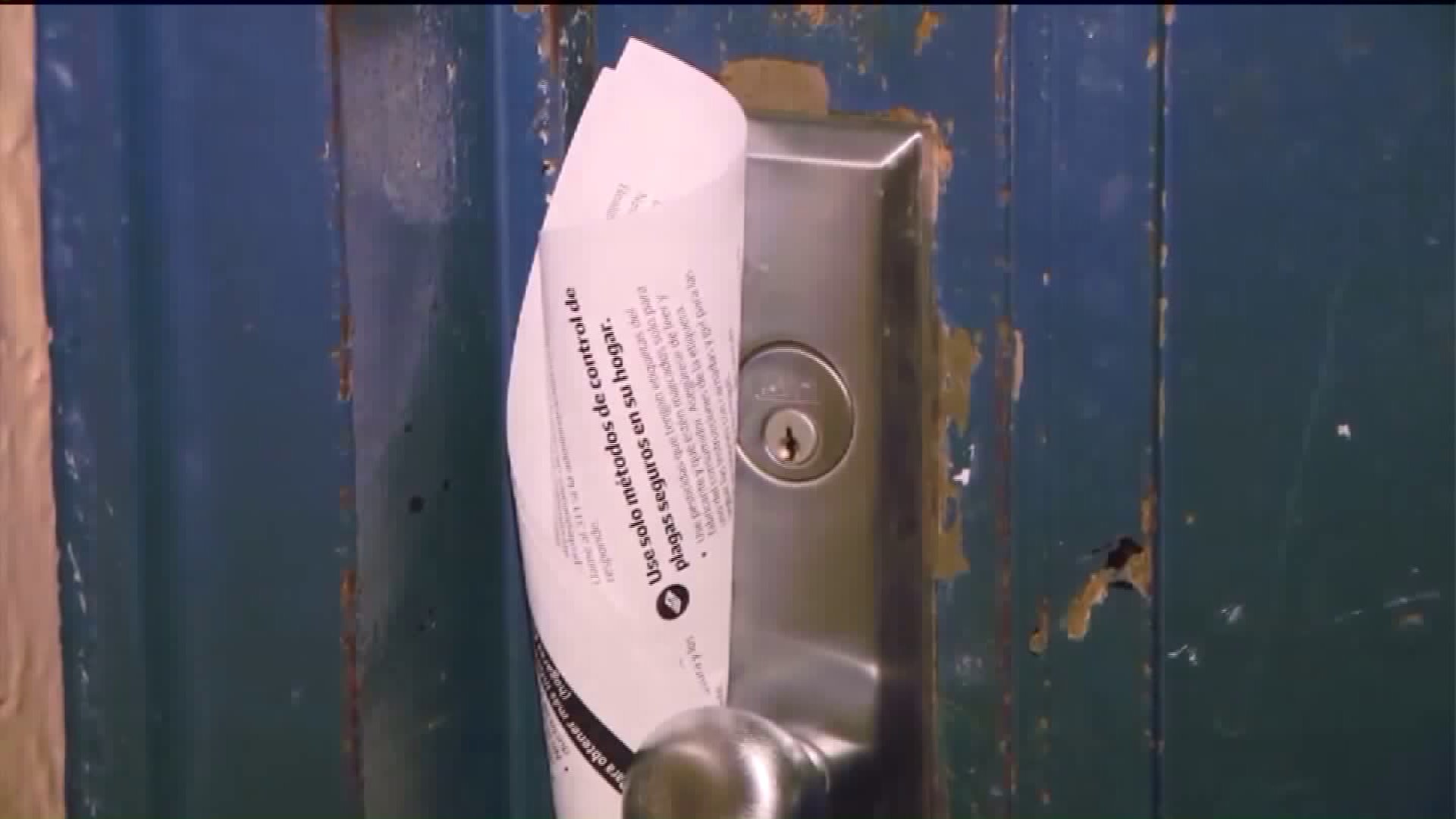 CONCOURSE, The Bronx — An emergency meeting was called Wednesday after terrified Bronx residents of 750 Concourse discovered several people were sickened and one even killed after catching a rare infection — Leptospirosis — a disease transmitted from rat urine.

Three people on one block in just the past couple of months are sick from the disease. One person even died in December.

The most recent patient diagnosed with leptospirosis lived at 750 grand concourse, where the New York City Department of Health and Mental Hygiene said they found signs of rat infestation in the basement.

At the meeting, tenants say they feel like public officials failed them.

Many tenants told PIX11 they are too afraid to sleep at night. One woman said she lines up boxes across her kitchen doorway to prevent the rodents from coming into the room where her children are sleeping.

Here's what we know about the disease:

It is a bacterial disease spread by animal urine. In this case, spread by rats.

It is not spread person to person and enters the body through open wounds or cuts on skin, the eyes, nose or mouth.

Dr. Bassett says only one to three cases present itself in New York City a year.

Symptoms, according to health officials, are similar to those one would experience from the flu. They include fever, headache, chills, muscle aches, vomiting and diarrhea. Doctors say the disease can easily be treated with antibiotics if caught early enough.

As far as precautions go, city health officials say if you live in an area where you believe leptospirosis is a concern you should wash your hands frequently and if you find rat urine in your home cleaning with one part bleach,10 parts water to kill the leptospirosis bacteria.

When taking out the trash to compactor rooms, where rats are more often found, wear rubber gloves, always wear shoes and keep socks on in your home.

It is important to mention, it is not the first time PIX11 cameras paid a visit to 750 Grand Concourse.

Reporter Narmeen Choudhury visited the troubled building in April 2016 after tenants filed a lawsuit against their landlord, Ved Parkash, who owns Parkash LLC.

Parkash is a man who landed on Public Advocate Letitia James' annual worst landlord list in 2016 and according to James' office, Parkash at one point last year had four buildings with HPD violations and 28 DOB violations.

PIX11 spoke to Parkash's son over the phone, who said, "Whatever they've been asking us, we've been doing it."

Health officials spent the last 48 hours canvassing the building and neighborhood, passing out informational packets for residents regarding leptospirosis.

Officials add the landlord, Parkash, has been cooperating and has brought at least two different exterminators into the building to assist.

“This administration is committed to ending the nearly two-decades-old practice of using cluster sites to shelter homeless New Yorkers. In the past year alone, we’ve ended the use of more than 650 cluster units while continuing our aggressive enforcement efforts against the worst violators, taking legal action and working with partner agencies to ensure these landlords follow through.”