VIDEO: Fire engulfs over a dozen boats at NJ marina 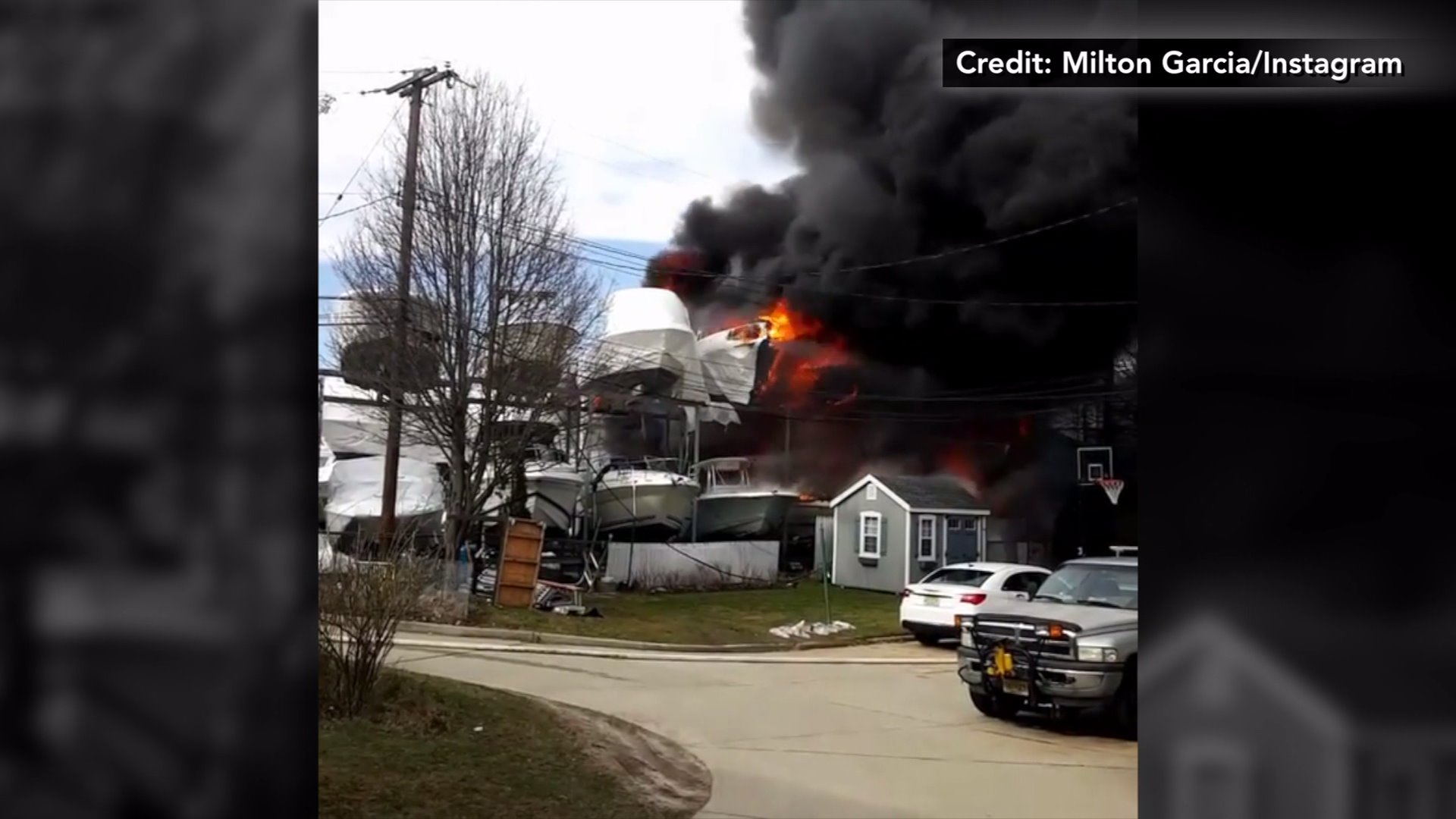 The fire sent thick black smoke into the air at the marina in Belmar, NJ.

BELMAR, N.J. — Flames engulfed more than a dozen boats at a marina in Belmar Tuesday, sending thick black smoke into the air.

The fire broke out about 1 p.m. at the Seaport Inlet Marina on Fifth Avenue. The fire was placed under control about 40 minutes, Belmar Mayor Matt Doherty wrote on Twitter .

Power was cut off in the area about an hour after fire broke out.

Fire departments from several nearby towns helped control the blaze.

It's unclear what started the fire.