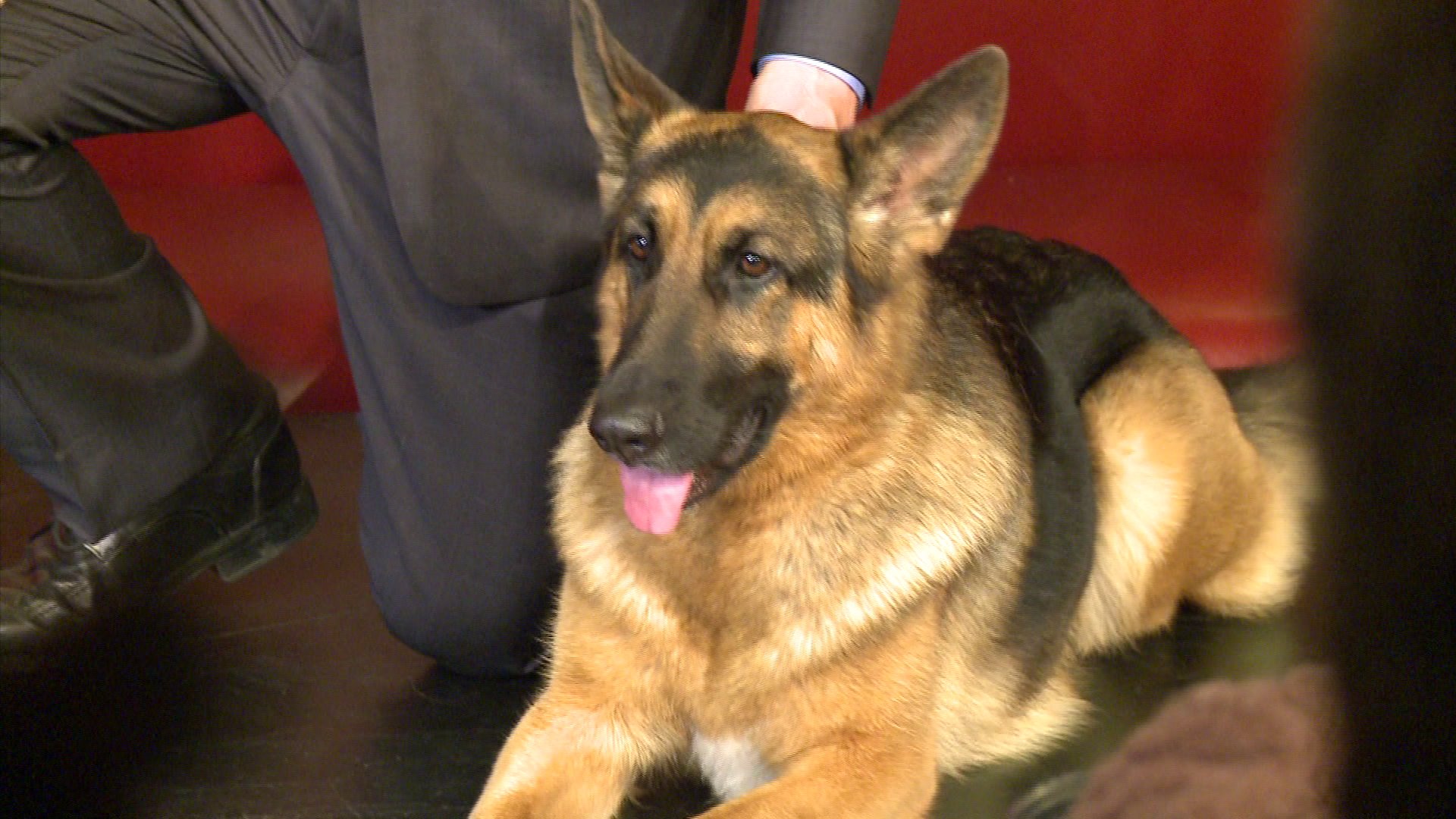 Rumor enjoyed a steak dinner in NYC after winning Best in Show at the Westminster dog show.

Rumor was the nation's No. 1 dog last year but fell short to California Journey.

But this year, Best in Show Judge Thomas H. Bradley from Watertown, New York, saw something special in her.

"The German shepherd standard talks about quality and nobility. Sometimes unrecognizable. When you recognize it, it hits you home, and that's what it really is. She is just magnificent."

Earlier Tuesday, Boyles said this would be Rumor's last major show. "She's going to be relaxing for a while, and we'll find an appropriate husband for her. There will be some puppies in the future," Boyles said after the win.

Rumor is named for singer Adele's hit song "Rumor Has It."

The German shepherd was one of seven dogs to advance to the Best in Show competition.

The 5-year-old won the herding group category -- becoming the second dog from that group to ever win. It was the 39th time that a female has won the top prize.

The seven group winners from Westminster

Best Non-sporting: Danfour Avalon As If, a female miniature poodle known as Aftin

Best Working: Speak Of The Devil, a female boxer known as Devlin