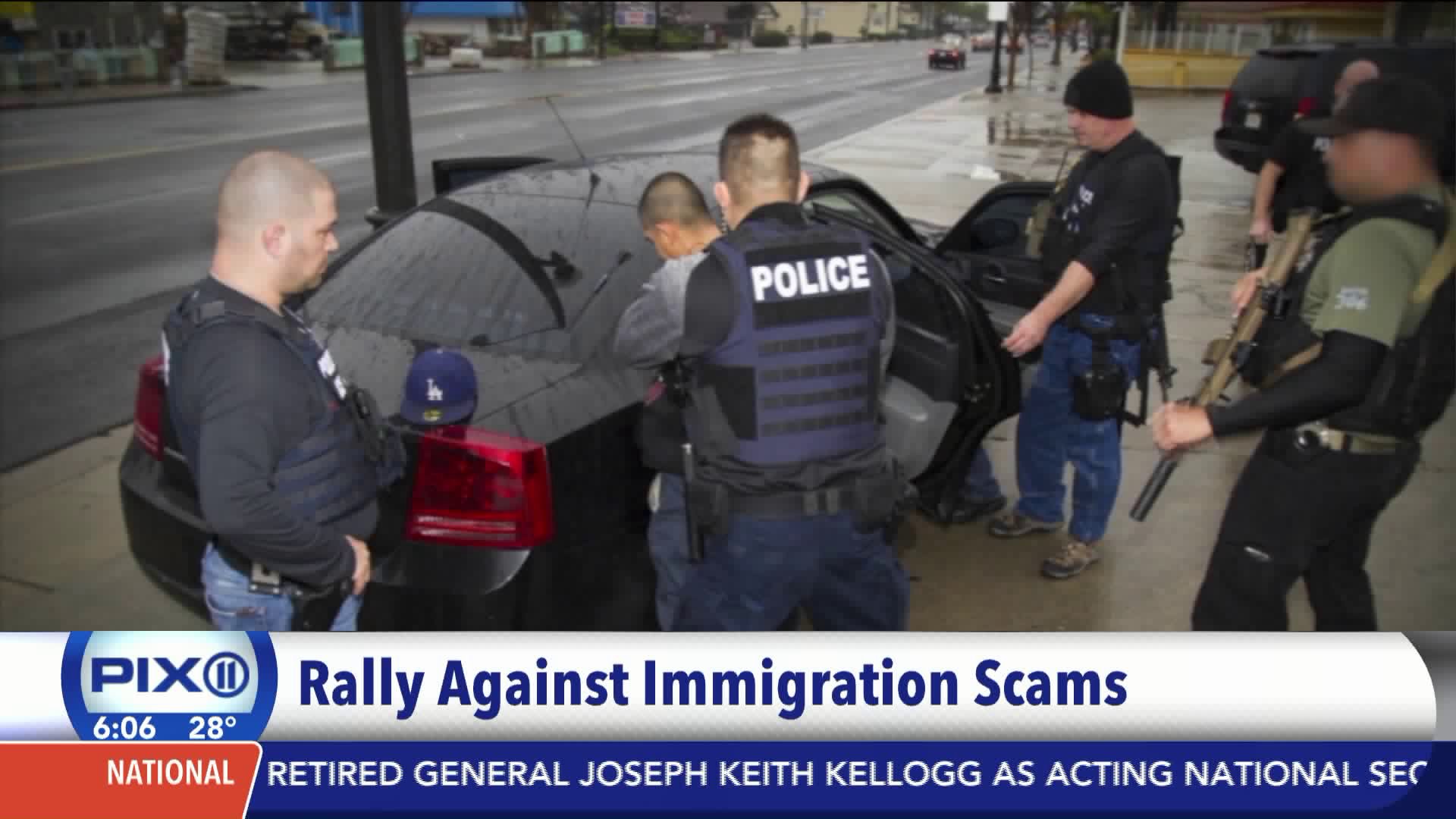 City councilman Jimmy Van Bramer is holding a rally in response to an alleged scam targeting Woodside and other neighborhoods in New York City Tuesday afternoon.

There are reports of uniformed men who claim to be federal immigration or ICE agents stopping people who appear to be Latino, according to Van Bramer.

Those stopped are then given an ultimatum: Pay up or be deported.

During an incident on Monday, four men wearing "ICE jackets" approached a man near his Woodside home, claimed to be agents, and said they would only let him go if he paid them off, according to Van Bramer's office.

The victim, who has a visa and only speaks Spanish, then allegedly handed over $250 in cash.

“This is a scam that happens every so often. ... We're confident it's happened more than once,” said a spokeswoman for the councilman.

The NYPD is investigating these claims, but so far, have not found any victims or perpetrators.

Van Bramer plans to discuss the alleged scams with community members Tuesday at 5 p.m. at the Emerald Isle Immigration Center in Woodside, Queens.

Locals are rattled in the wake of last week's arrests of 41 undocumented immigrants in the city — most of whom are allegedly criminals.

"There's definitely a climate of fear," immigration attorney Cesar Vargas said. "We have families, parents who are reluctant to go outside to the store, to church or meetings because they're afraid."

Fears have increased since the election of President Donald Trump, but some officials say the recent arrests are nothing new.

To put it in perspective, last year, when President Barack Obama was in office, more than 240,000 undocumented immigrants were arrested and deported — up from 2015. Specifically in New York, 60 to 80 people were being arrested every month.