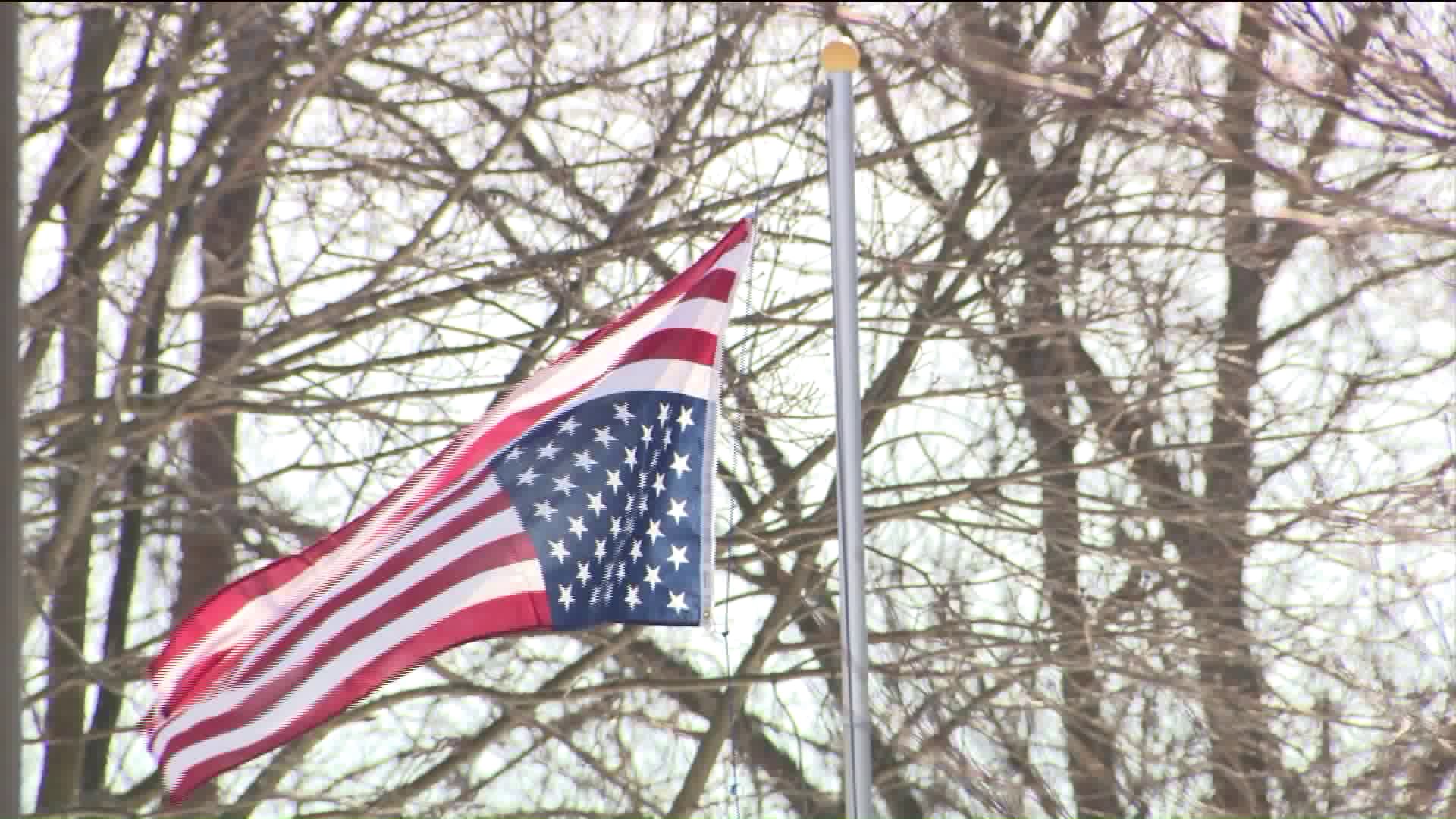 A flag hung upside down means a sign of distress in the nation.

EAST PATCHOGUE, Long Island — A Long Island man is making a statement against Trump's presidency by hanging an American flag upside down on his front lawn, but neighbors have mixed feelings about the symbol.

"I'm a Patriot, I've had that flag up for 20 years, it gives me the right to protest what I want to protest. The Constitution tells me I can turn the flag upside down for a protest and that's exactly what I did," James Klein told PIX11 News.

Klein, 69, is a Navy veteran and a retired NYPD officer. His father also fought in World War II and received a purple heart. He said he is a registered Republican, but is hanging the inverted American flag to protest the election of President Trump.

The day Trump took office, Klein looked for a way to voice his opinion.

"I'm getting too old to go on marches this was something very simple to me. Inauguration Day, I turned my flag upside down which means the country is in distress," Klein said.

Soon after he put the flag up inverted, an unidentified man rang his doorbell and told him he thought someone was playing a prank on him. Klein said the man was upset when he told him the inverted flag was his way of a silent protest.

A few days later, the rope was cut and the flag stolen.

"I went to Home Depot and got a new flag, new line, put it back up and put lights and security cameras on it," Klein said.

The person or people who cut down and stole his original flag still have not been caught.

The Navy veteran said he is shocked by the negativity he's received from fellow veterans that have sent hate mail and trolled him on social media.

Like the flag, the controversy has turned this neighborhood upside down. For the most part, neighbors are standing by him even in the face of threats.

"I think Mr. Klein is a really great man, well-loved and respected on this block it's very sad to hear the hatred," said Kim, a neighbor who would like to be identified only by her first name.

But Kim told PIX11 News the threats are unsettling.

"This is a close knit block everyone is very friendly, everyone gets along. To bring that type of violence in the neighborhood is upsetting," Kim said.

A serviceman who lives nearby respectfully has his own opinion on Klein's upside down flag.

"What he's doing is very shameful. You're spitting in peoples' faces. People have come home under that flag dying for this country," Mathew Flower said.

Flower is active military. He's been in the Army for 11 years.

"It's kind of a shame he's doing this. There are hundreds of ways you can protest if you don't like the President but he's the President, people have to accept this," Flower said.

Klein said he's keeping his inverted flag up — a show of silent protest and his right to his opinion. He now has lights and security cameras on the flag to protect it from getting swiped again.