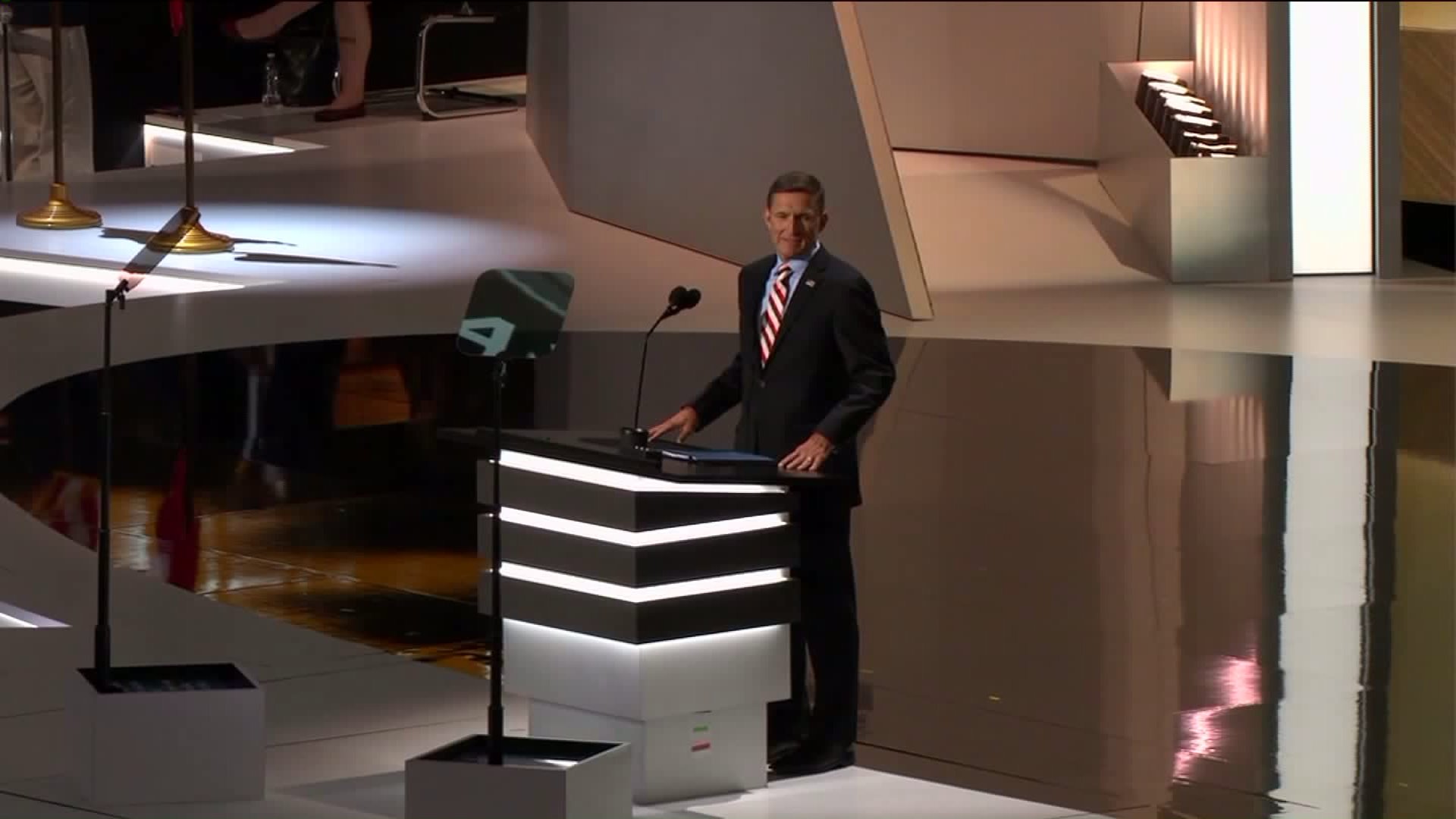 His departure came as reports surfaced that Flynn misled administration officials regarding his communications with the Russian ambassador to the U.S.

His departure came just after reports surfaced the Justice Department warned the Trump administration last month that Flynn misled administration officials regarding his communications with the Russian ambassador to the United States and was potentially vulnerable to blackmail by the Russians.

"I inadvertently briefed the Vice President-elect and others with incomplete information regarding my phone calls with the Russian ambassador. I have sincerely apologized to the President and the Vice President, and they have accepted my apology," Flynn wrote, according to a copy of his resignation letter obtained by CNN.

"I am tendering my resignation, honored to have served our nation and the American people in such a distinguished way," he wrote. "I know with the strong leadership of President Donald J. Trump and Vice President Mike Pence and the superb team they are assembling, this team will go down in history as one of the greatest presidencies in US history."

The move comes less than a month into the job, making him one of the shortest-serving senior presidential advisers in modern history.

Petraeus is going to the White House Tuesday, according to sources inside and close to the administration.

"He is making a run" for the job, one source said, but noted "he has alot of baggage."

The sudden exit marks the most public display yet of disarray at the highest levels of the new administration, which has faced repeated questions over a slew of controversies and reports of infighting among senior aides during its first three weeks.

The resolution had been heading this way for three days, an administration source told CNN.

More than whether he really had a conversation with the Russians about sanctions, the key issue internally was whether he told the truth to Pence, the source said.

The White House concluded at the very least, Flynn didn't mean to mislead the vice president, but may have because he couldn't remember what he said to the Russians.

"Not remembering is not a quality we can have for the national security adviser," the source said.

An administration source said that Trump "hung in there" when it came to Flynn, but there was a "flood of information" that finally made it clear he had to resign.

Asked if Trump is disappointed, another administration official said: "He's moving on."

The shakeup now leaves Trump without one of his closest and longest-serving advisers. Flynn had counseled Trump on foreign policy and national security matters since early in the 2016 presidential race.

Flynn was not able to definitively refute a Washington Post story late last week that his conversations with Russian Ambassador Sergey Kislyak included communication about the sanctions. It is illegal for unauthorized private citizens to negotiate with foreign governments on behalf of the US.

The controversy intensified after the report put Vice President Mike Pence and several senior White House advisers in an uncomfortable position, as they had denied in TV interviews weeks earlier that Flynn discussed sanctions with the ambassador. Some administration officials said Flynn must have misled Pence and others.

"The knives are out," a White House official told CNN on Friday, noting that "there's a lot of unhappiness about this."

Many expressed concern at the idea that Flynn, a retired lieutenant general who headed the Defense Intelligence Agency, would discuss sanctions with a foreign official whose calls are regularly monitored by US intelligence and law enforcement agencies.

A US official confirmed to CNN on Friday that Flynn and Kislyak did speak about sanctions, among other matters, during a December call.

But after the call was made public, Pence told CBS News on January 15 that Flynn did not talk with Kislyak about the sanctions, which the Obama administration recently levied due to Russia's alleged interference in the 2016 elections.

"They did not discuss anything having to do with the United States' decision to expel diplomats or impose censure against Russia," Pence told CBS News.

On Friday, an aide close to the national security adviser told CNN that Flynn could not rule out that he spoke about sanctions on the call.

The White House official blamed much of the outcry against Flynn on a Washington culture always in search of a scalp, but people within Trump's orbit did little to defend Flynn during appearances on Sunday news shows.

Stephen Miller, White House policy director, was asked directly about Flynn's future on a number of Sunday talk shows. Miller responded by saying he was not the appropriate official to ask.

"I don't have any answers today," Miller said in response to questions about whether Flynn misled the vice president. "I don't have any information one way or another to add anything to the conversation."