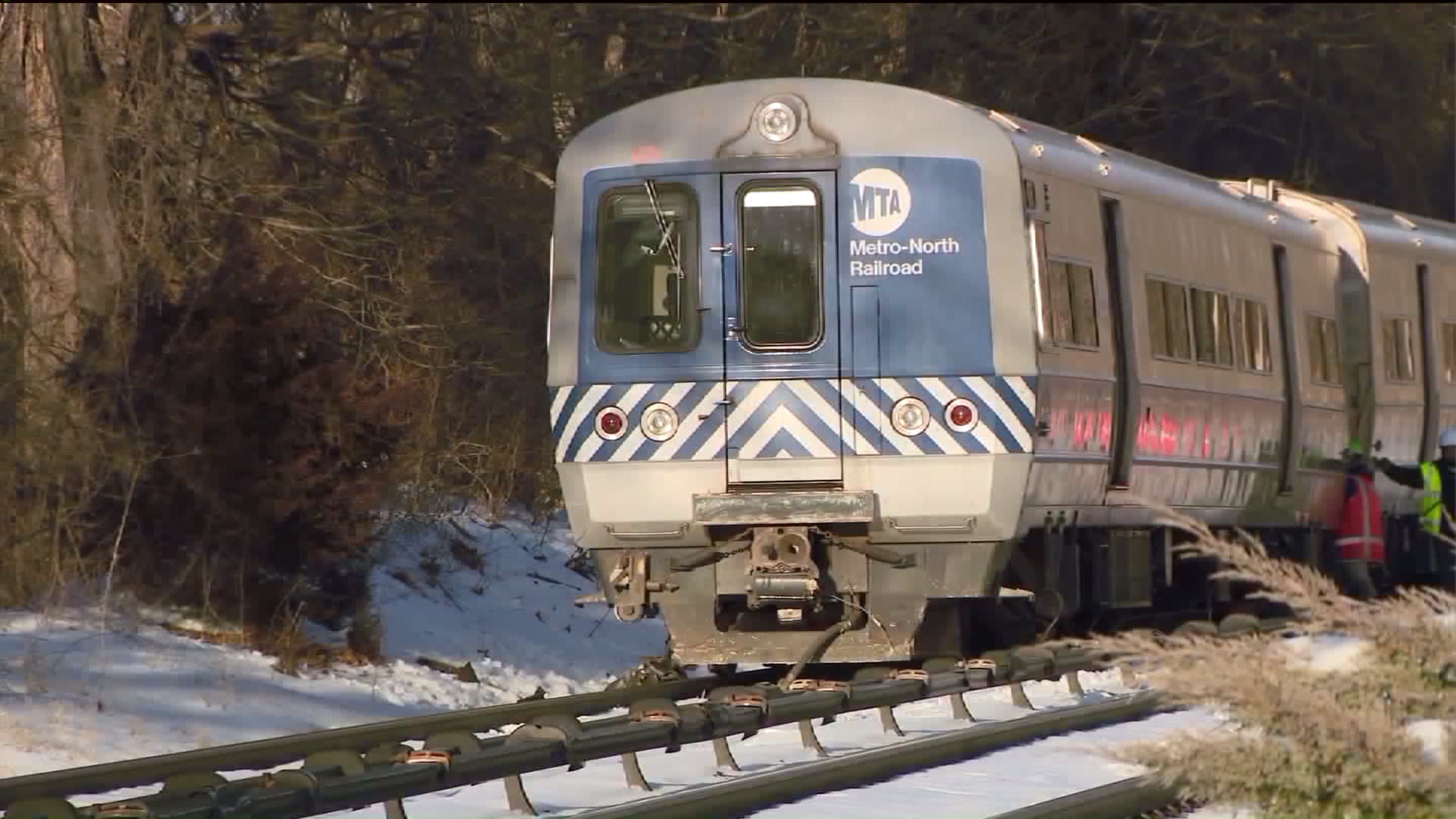 HAWTHORNE, N.Y. — A rail car on a Metro-North passenger train derailed in Hawthorne after striking a tree on Monday, according to the MTA.

Metro-North tweeted about the incident around 1 p.m.

Police say the rear wheels of the first car derailed when the train ran over a tree that was laying across the tracks.

There were 211 people were on the train at the time of the derailment. There were no injuries reported.

"It felt like we had hit something," passenger John Ehrlich told PIX11 News. "I was very glad that nobody seemed to be injured."

Ehrlich was in the front car of the train. He said passengers remained calm and waited for a rescue train to take them to Grand Central Terminal.

"Due to the wind conditions, the tree was down across the track. And by the time he saw the tree, it was under the train," MTA Police Captain Joseph Esposito said.

Passengers on the train were moved to a rescue train.

Ehrlich, who was commuting to his job in Manhattan from Chappaqua, praised Metro North for its response. Although he added, he would do one thing before getting back on the train to go home. "I might even say a little prayer," he said.

Service on the Harlem Line was suspended between North White Plains and Mount Kisco due to several downed trees.

Metro-North customers are urged to listen for announcements at their station.

In Queens, the roof of a gas station nearly blew off.  A large tree toppled over and onto a car in the Bronx. More than 4,200 Con Edison customers were without power as of 5:30 p.m.