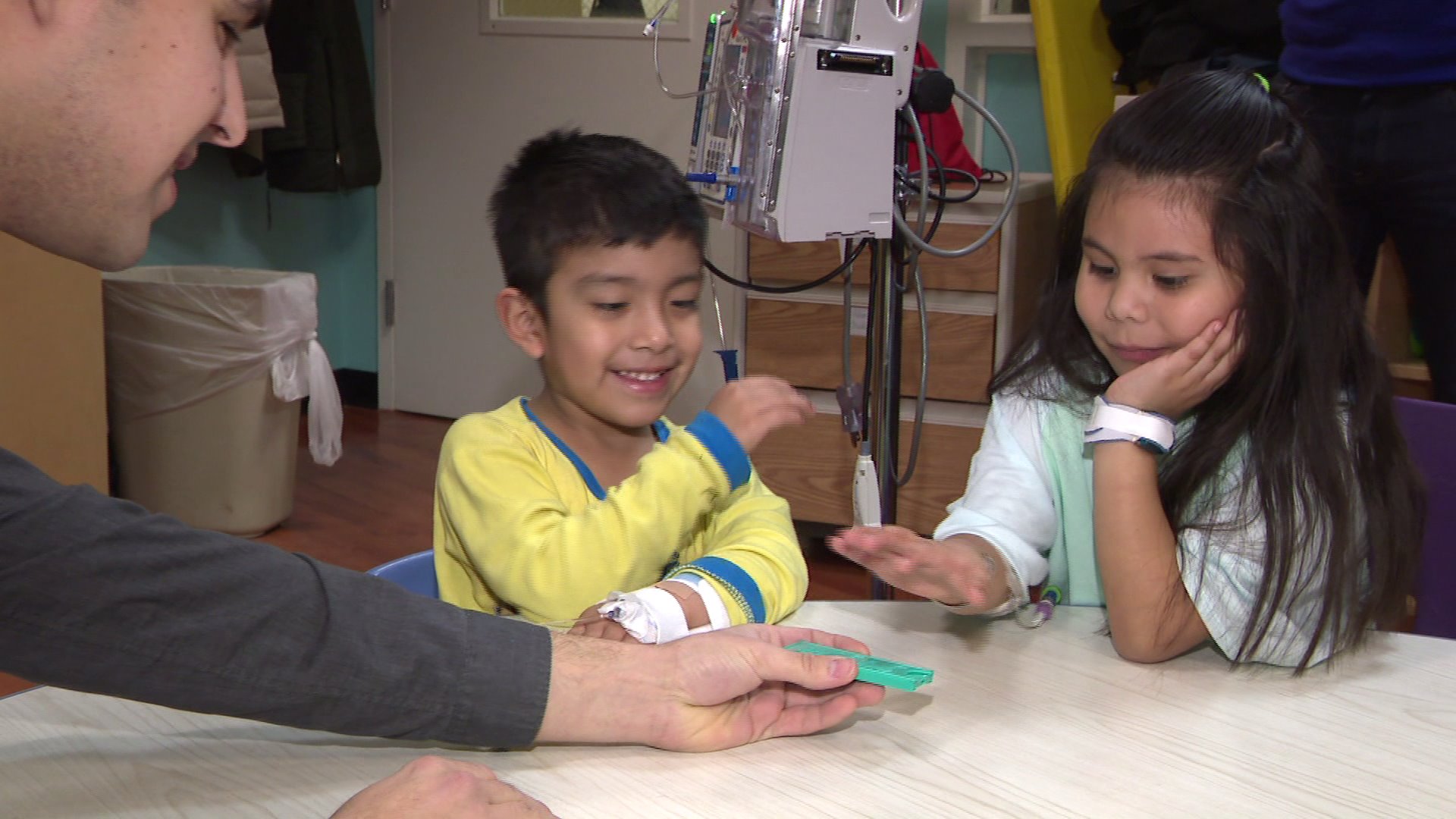 David Eskin founded MagicAid to use magic as medicine.

STONY BROOK, N.Y.  — He's known by the staff as Dr. Magic at Stony Brook University Children's Hospital . To his patients, who suffer from various illnesses including cancer, he's known as David.

David Elkin, 27, is a third-year medical student. While he is hard at work with the grueling schedule of a working student, Elkin finds time to volunteer in a very special way.

Since we was a teenager, he has been fascinated with magic. Elkin decided to combine his passions, magic and medicine, into one great cause.

"Magic, in a way, makes the impossible — seem possible," Elkin said. "If a kid feels that getting better is not possible, hopefully magic give them a subconscious hope that they will get better."

Nearly 10 years ago, Elkin founded a company called MagicAid, where not only performs magic as a medicine but teaches it to his patients as well.

"By teaching them magic, it give the kids some control in an environment they usually have no control in," Elkin said.

Since he brought the program to Stony Brook, other med students expressed interest in becoming part of the program, and so it grew.

MagicAid now has over 60 volunteers, as he sets the group's sights on becoming a national organization.

While the kids receive a respite from the daily grind of their illness, so do the parents that sit bedside each and every day.

"It makes them feel a lot better when they are here," parent Ronya Aiello said. "It gets their mind of things and is really just a great medicine."

Elkin will be graduating in a year but plans to continue practicing magic when he becomes a doctor.