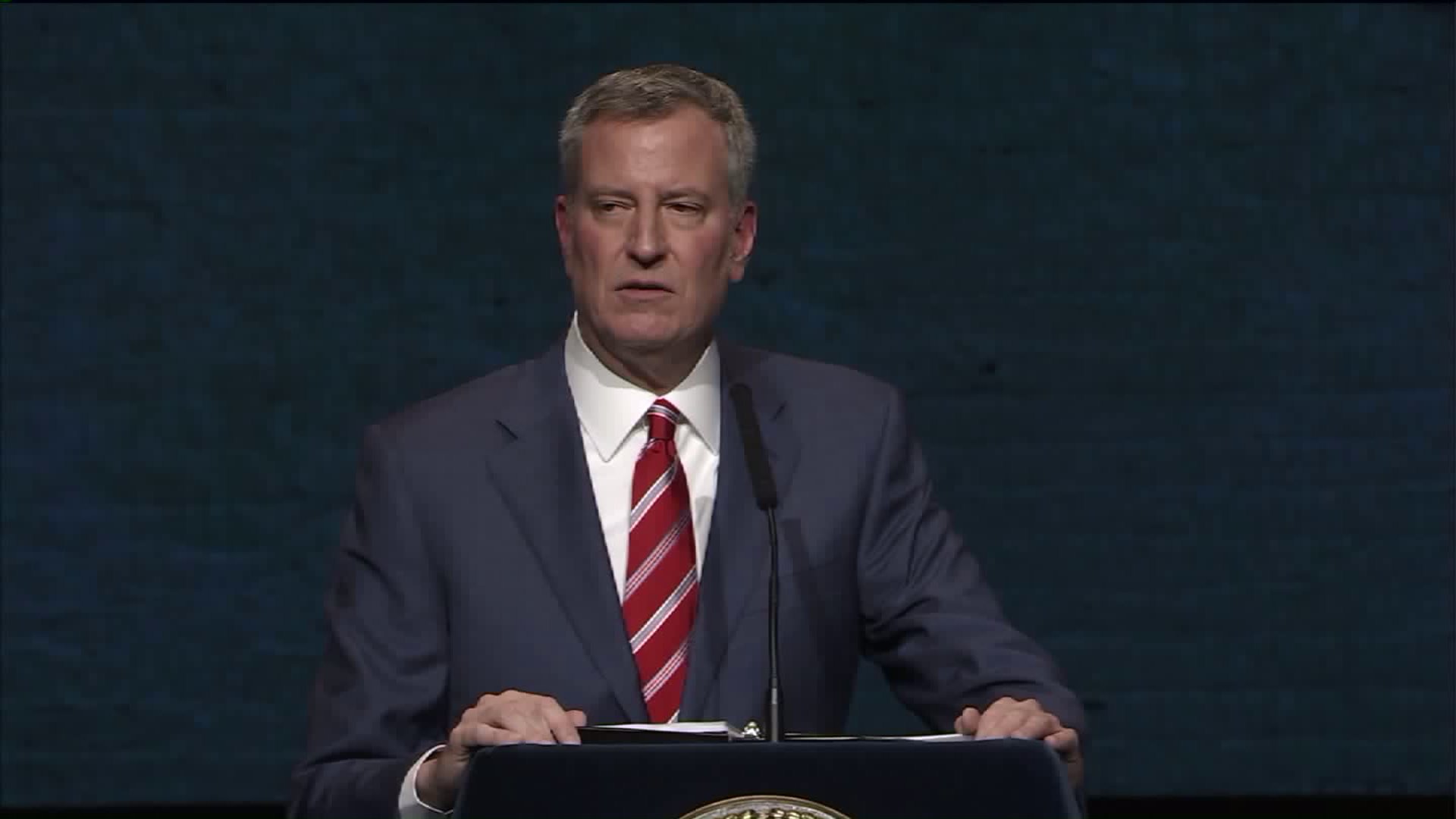 The mayor addressed the affordability crisis during the State of the City address.

In his address Monday night at the Apollo Theater in Harlem, the Democratic mayor discussed his concern that New Yorkers are afraid they can't afford to live in the city they love.

His plan includes a mansion tax on high-end real estate sales that would help pay for affordable housing for seniors and an initiative to provide free legal advice for tenants facing eviction in housing court.

Besides affordable housing, the mayor said he's working to create more good-paying jobs in the city by providing training and support.

The mayor also made room to praise his efforts to make the city safer and the schools stronger.