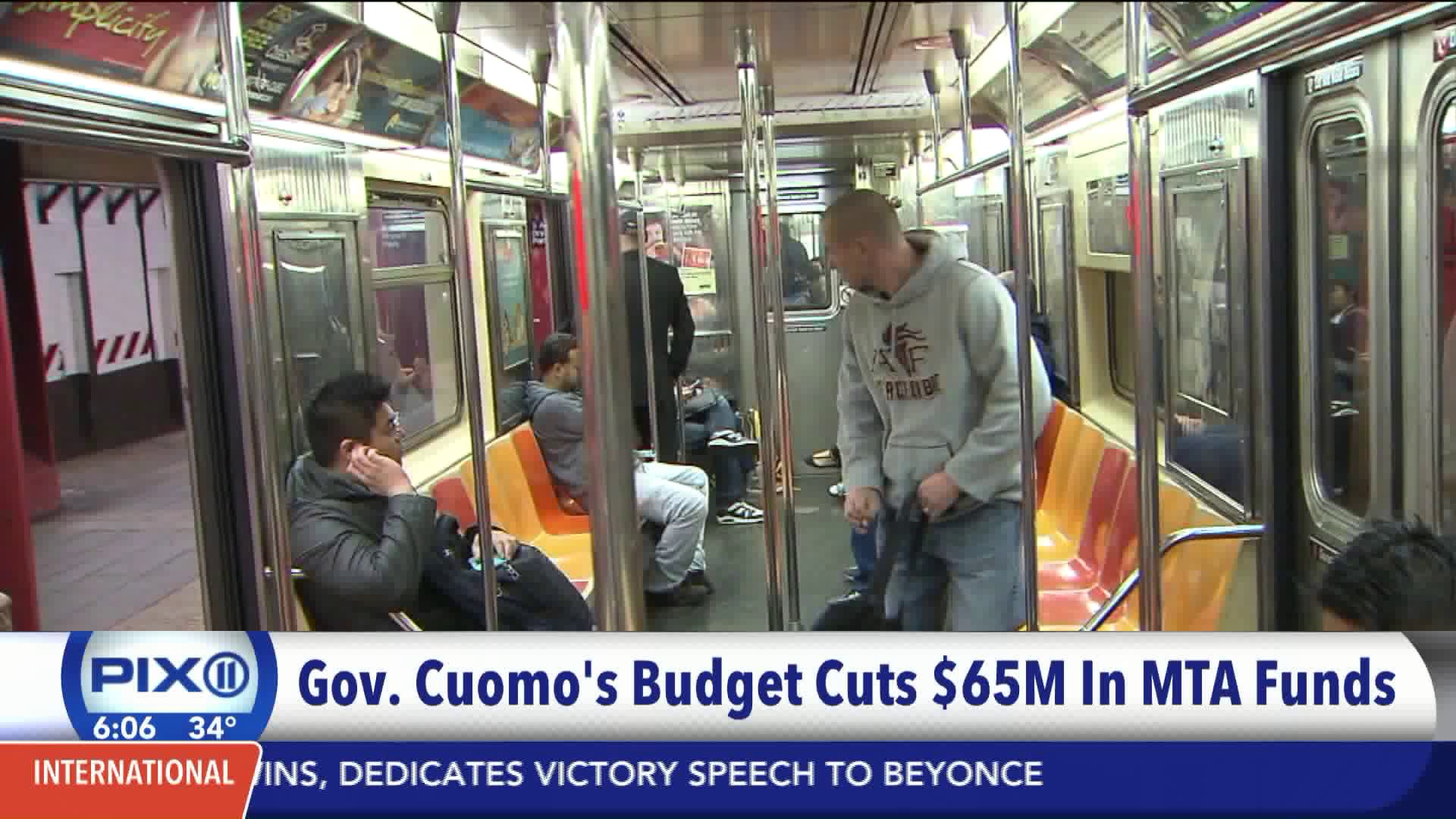 There could be more problems for city`s subway, bus and rail system.

NEW YORK – There could be more problems for city’s subway, bus and rail system.

The Governor’s office refuted the report, saying there was no reduction but a different budget allocation, according to state budget division spokesperson Morris Peters.

“The facts here are simple – state aid to the MTA last year was $4.456 billion, and this year it’s $4.486 – $30 million more,” Peters wrote in a statement to PIX11. “This is on top of $8.3 billion secured for the MTA capital plan. Calling an increase a cut is absurd even by the advocates’ standards.”

The budget is still being negotiated between Cuomo and legislators.

This comes as there are growing troubles for the city’s subways including double the amount of delays, an aging fleet of subway cars and packed trains.

PIX11’s Kirstin Cole details how to this potential cut could impact your commute.