Employment kickback scheme busted by the comptroller, who also warns of more cases to come 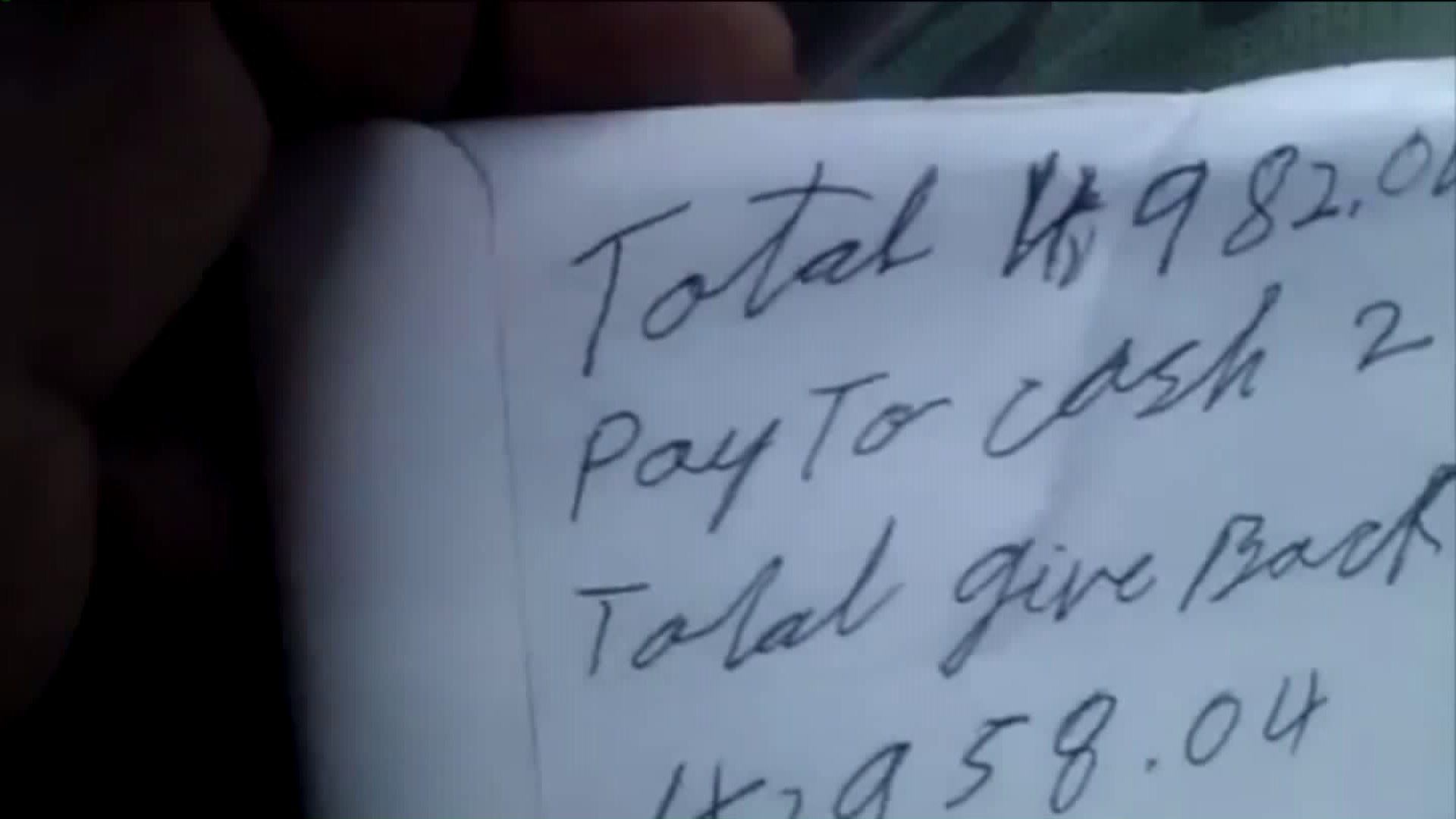 Investigators at the comptroller`s office were able to record undercover video of the scheme in action.

NEW YORK — New York City is trying to find dozens of construction workers who are owed up to tens of thousands of dollars each that they earned, but were cheated out of in a major kickback scheme.

It was busted by New York City Comptroller Scott Stringer, who warned on Monday that the current national political environment, which he described as anti-immigrant, could result in an increase in cases like this, which exploit immigrants and lower income New Yorkers.

Investigators at the comptroller's office were able to record undercover video of the scheme in action. At city-contracted work sites, the K.S. Contracting company would pay half of its workers the full wage required by the city, which is also called the prevailing wage.

That rate is $50 per hour, paid by check. As for the other half of the K.S. Contracting workers, they were given a harsh order by the company's owner, Paresh Shah, according to officials.

"He says, 'If you want to keep your job, cash that check and give your supervisor the money,'" said deputy comptroller Dean Kokkoris, whose division oversaw the investigation. Then, he said, the supervisor "redistributes the money."

That redistribution resulted in workers getting paid in cash at a rate of $90 per day, or $11.25 per hour for eight hours. However, most of the laborers were working longer days than that.

"We're happy," said one of the laborers who'll benefit from the settlement, who did not want to give his name. "We're waiting a long time for this," he added.

The scheme yielded big money for Shah, according to Comptroller Stringer, who on Monday announced a judgment against K.S. in an amount similar to that which Shah had exploited from his employees.

The $3.2 million assessment against K.S. Contracting and Shah was roughly equivalent to what Shah had gained in unpaid wages, interest, and civil penalties, according to the comptroller. In addition, the ruling stipulated that Shah and K.S. Contracting are barred from working on New York City and State contracts for five years.

“Contractors might think they can take advantage of immigrants," Stringer said at a news conference at his office on Monday morning, "but today," he added, "we’re sending a strong message: my office will fight for every worker in New York City. This is about basic fairness and accountability.”