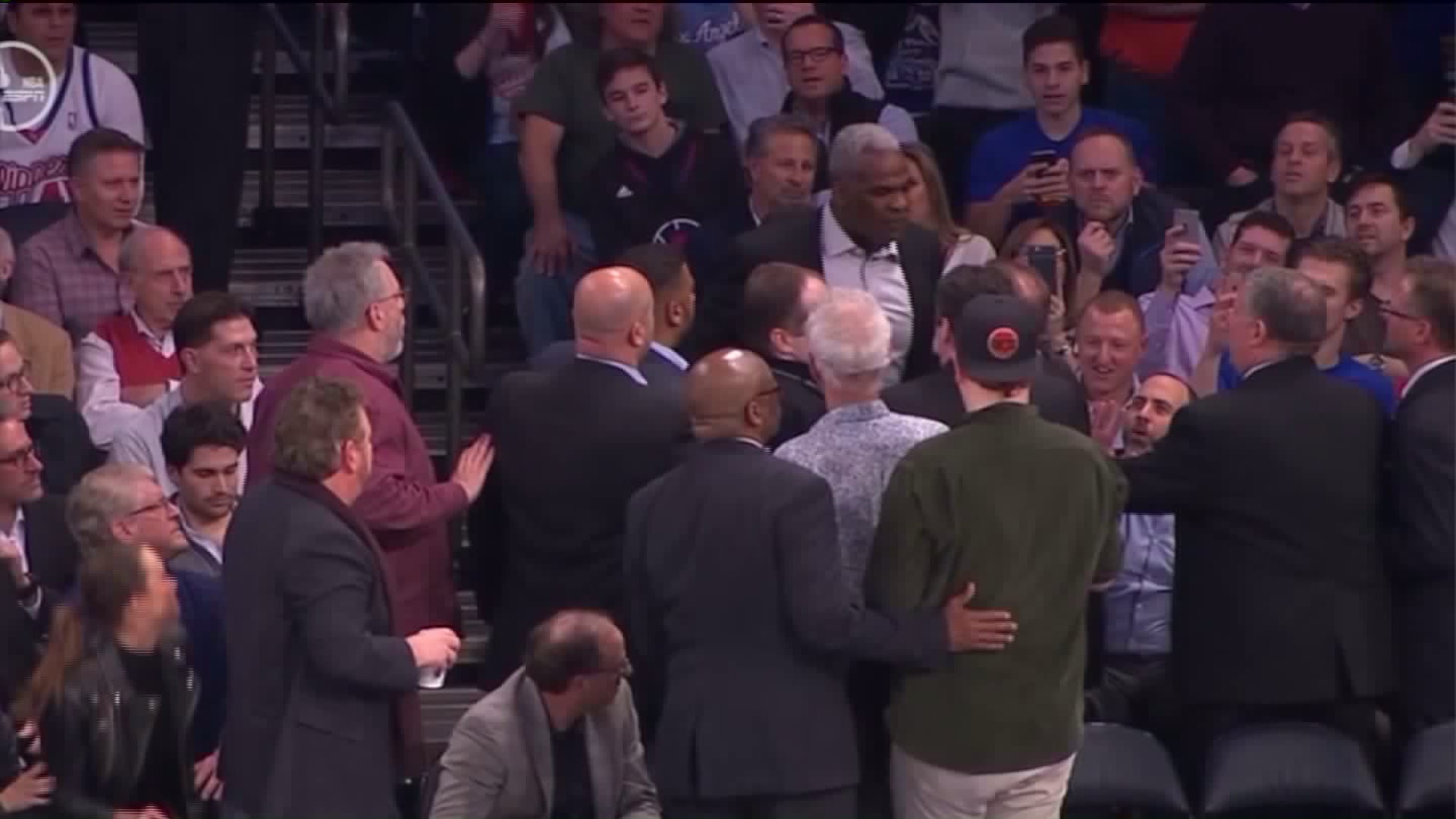 They`re trying to help him rebound.

They were still upset with James Dolan's ban of Knicks legend Charles Oakley after he was ejected from Madison Square Garden Wednesday night for getting into a fight with a security guard.

"We won it for Oakley," one fan leaving the Madison Square Garden told PIX11. "It was terrible how Dolan brought out other Knicks greats tonight to rub it in Oakley's face."

Dolan ended a 13-year feud with another former team great Latrell Sprewell by inviting him to the match up with the Spurs.

Sitting right next to the Knicks owner he was cautious in what he said.

"It's a disappointing situation," Sprewell said when asked about Oakley's ban indefinitely from the Garden.

"I want to hear both sides of the story," Adams said.