Children jump out window onto mattress during Queens fire; 14 injured 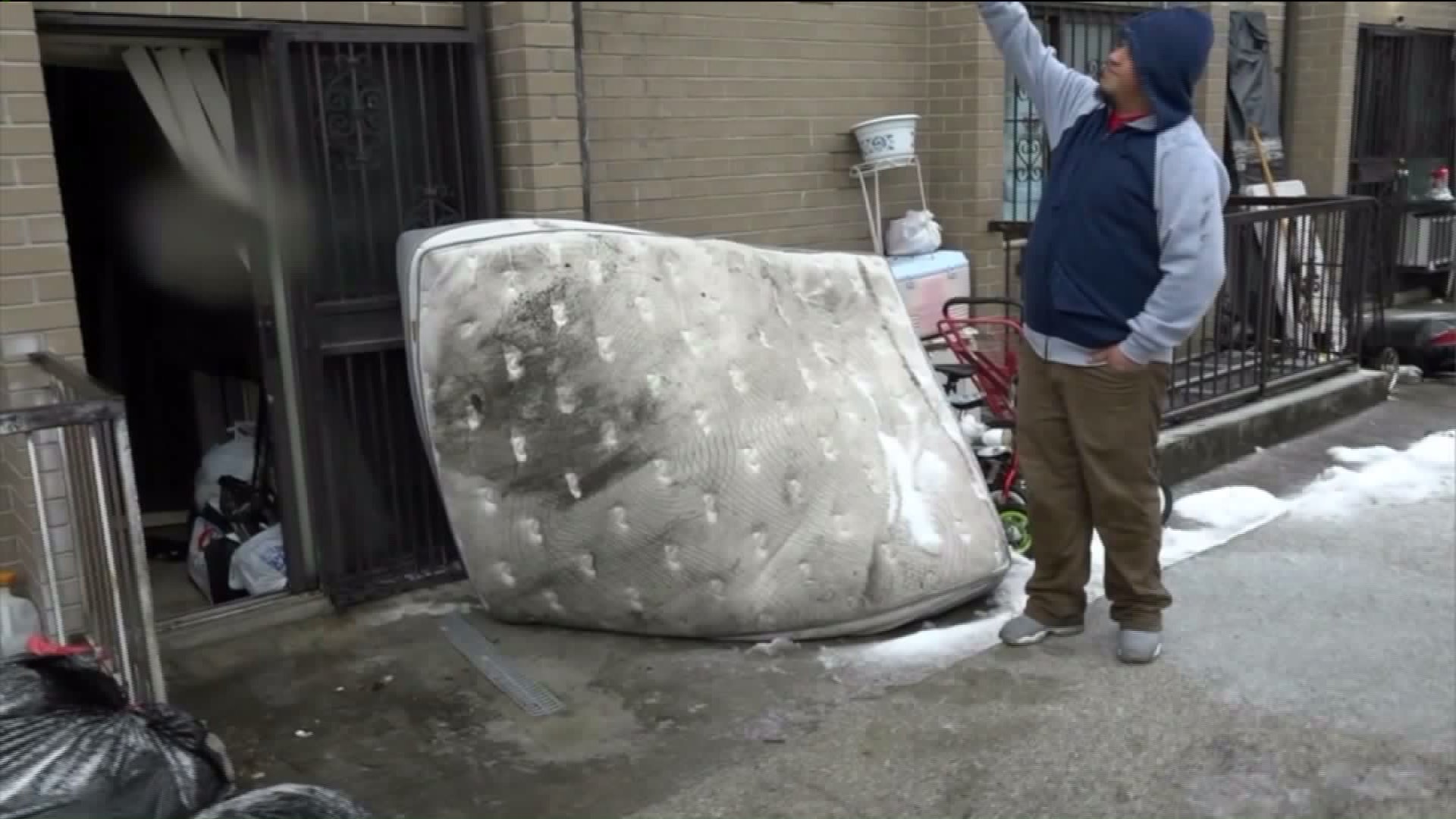 The fire started in the basement of the four-story building at 56-14 Waldron St. just before 10 a.m.

CORONA, Queens — A fire tore through a Queens apartment building Sunday morning, injuring 14 people and forcing children in the building to jump from a window onto a mattress on the lawn.

The fire started in the basement of the four-story building at 56-14 Waldron St. just before 10 a.m., FDNY said.

"I was in my bed and I heard a girl say fire fire! Whoa what's wrong. Come out here come out come out!" a resident in the building said.

Residents living on the second floor of the building said the smoke quickly spread through the rooms, making it hard to breathe. The building superintendent then stepped in and tossed a mattress on the lawn.

"I moved it here and they jumped from the second floor they jumped," the superintendent said.

The children jumped from the window to safety, witnesses said.

"He saved us from the smoke, from choking," a resident, who declined to give her name, said. "He did an excellent job, he basically saved us. If it wasn't for him, we'd probably be in a worse condition than we are now."

It's unclear how many residents were saved due to the super's quick-thinking.

Fourteen people were injured in the fire, FDNY said.

One person was seriously injured and 13 sustained minor injuries. Seven people refused medical care and seven others were taken to the hospital for treatment.

The first was brought under control by 10:30 a.m., according to FDNY. The building landlord told PIX11 News the fire started when someone threw a cigarette into a can. It caught fire because it wasn't fully put out.