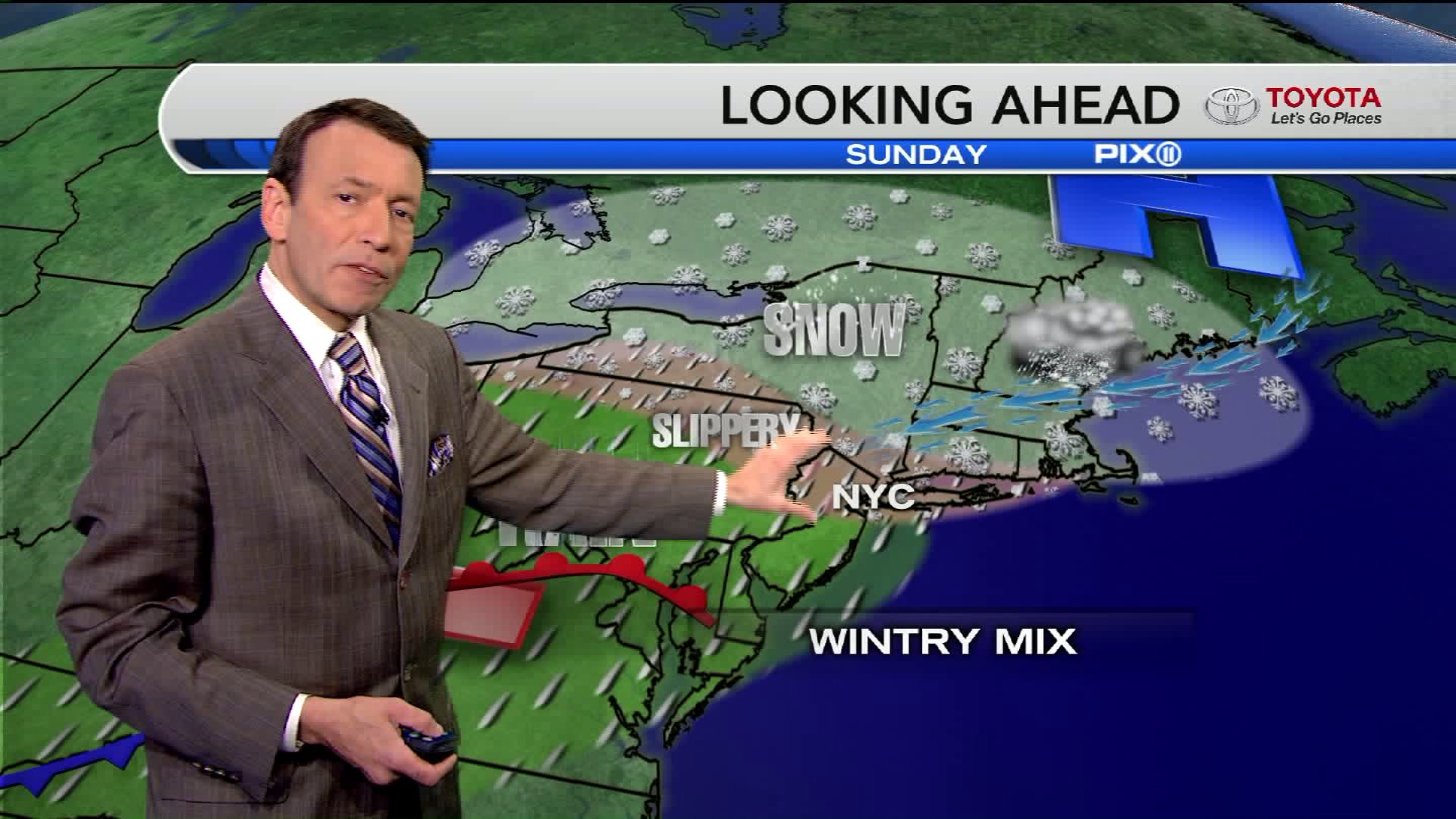 The entire tri-state is under a winter weather advisory all day Sunday.

NEW YORK —A new system moving through tri-state area is expected to bring snow, sleet and freezing rain this weekend, just two days after a powerful snow storm dumped more than a foot of snow in places.

A coating to several inches of snow and sleet are expected to hit the area under a winter weather advisory starting early Sunday morning, according to the National Weather Service .

The advisory was extended to New York City and Long Island as forecast for the storm worsened. It will be in effect from 2 a.m. to 12 p.m. Sunday. The storm isn't expected to wreak as much havoc in these areas, but residents should prepare to see a slushy mix of snow and sleet up to 1 inch and icy conditions.

Northern New Jersey, the Hudson Valley and parts of Connecticut should expect another round of snow, with the chance of sleet and freezing rain mixing in as well with treacherous driving conditions.

COUNTY BY COUNTY: See the exact warning details for your area.

A winter weather advisory is in effect for these other counties beginning at midnight tonight and continuing all day Sunday:

Those areas are expecting 2 to 4 inches (and more in spots), with a layer of ice thrown in. Visibilities will be reduced to a half a mile or less during the worst of the snow. And roads will be especially hazardous.

Residents in all affected counties should exercise caution and only travel if necessary while conditions persist, the weather service advises.

Even further north, a winter storm watch is in effect for counties, from Sunday morning to Monday evening, including:

These areas could see a more substantial snow storm, with more than 7 inches along with mixing of sleet. As winds get more powerful during the day on Sunday, drifting snow could be a problem as well.

As the storm moves away, we'll have a very windy, but dry, Monday.

The Thursday threat of a storm hasn't been showing up on most maps, and on those that it is, it stays out to sea, but that could change in the coming days.

PIX11 News will have updates all weekend as the storm nears. Check out our warnings page HERE and download our news app HERE for updates.