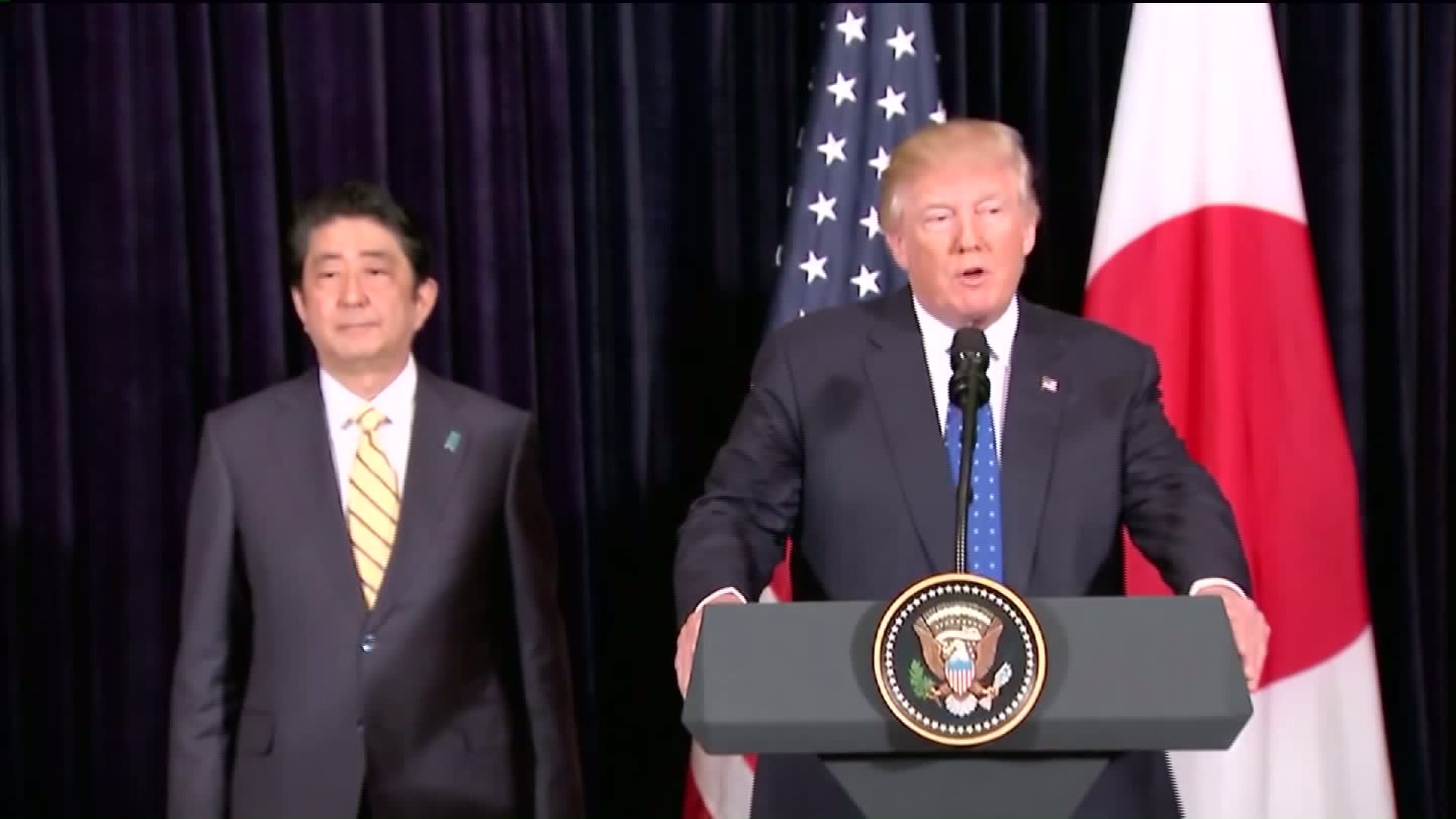 New administrations in the United States and in South Korea could give North Korean leader Kim Jong-un "an apt time" to develop nuclear weapons.

"I just want everybody to understand and fully know that the United States of America stands behind Japan, its great ally, 100%," US President Donald Trump said Saturday in response to reports of a North Korean missile test.

North Korea on Sunday test-fired a ballistic missile, an official in the South Korean Ministry of Defense told CNN.

It is the first missile test conducted by North Korea since US President Donald Trump took office.

"The South Korean government and the international community are working together to take punitive actions appropriate for this launch," acting South Korean President Hwang Kyo-ahn said.

Another source within the South Korean Defense Ministry told CNN that North Korea launched a projectile from North Pyongan Province. The missile traveled 500 kilometers (310 miles) and landed in the Sea of Japan, also known as the East Sea, sources said.

The launch involved an intermediate-range ballistic missile, a senior US official told CNN.

A State Department official said, "We are aware of reports and monitoring the situation carefully."

Japan's chief cabinet secretary, Yoshihide Suga, said, "Considering the launch was immediately after the Japan-US summit meeting was held (in the United States), this is a clear provocation to Japan and the region."

Tokyo has already lodged protest against North Korea via its embassy in Beijing, he said.

Trump and Japanese Prime Minister Shinzo Abe were scheduled to give a press briefing late Saturday in Florida.

Step toward missile that can hit US?

Retired Lt. General Mark Hertling said the test was a step toward an intercontinental ballistic missile.

"That's the goal of the North Korean politicians," he said. "This intermediate ballistic missile is certainly dangerous. It has a greater range than some of the Musudan missiles that they have been testing prior to that. And it's not only a concern for the United States to hit the mainland, but it also has concerns for all of our Asia partners."

Hertling said because of the poor accuracy of North Korean missiles, missiles are fired at the Sea of Japan. North Korea wants to see how far the missile will fly and whether it will fall apart.

In January, US and South Korean officials told CNN that North Korea might be readying two intercontinental ballistic missiles (ICBMs) for a test launch in the near future.

North Korea has never successfully tested an ICBM, despite repeatedly showing off at military parades what it claims are working missiles. Some experts have publicly doubted whether these long-range missiles are anything but mock-ups.

North Korea is prohibited from carrying out ballistic missile launches under UN Security Council resolutions aimed in part at curbing the country's development of nuclear weapons.

Pyongyang has been steadily working to improve its missile and weapons capability, conducting a fifth nuclear test in September.

North Korea conducted an unprecedented number of missile tests in 2016 and a satellite launch that experts said was a sign it has cleared significant hurdles toward ICBM technology.

The Musudan, its intermediate-range missile, can hit Guam, the location of a major US military base and a critical node in the defense of the western Pacific Ocean. It isn't clear whether North Korea has the ability to put a nuclear warhead on the Musudan yet.