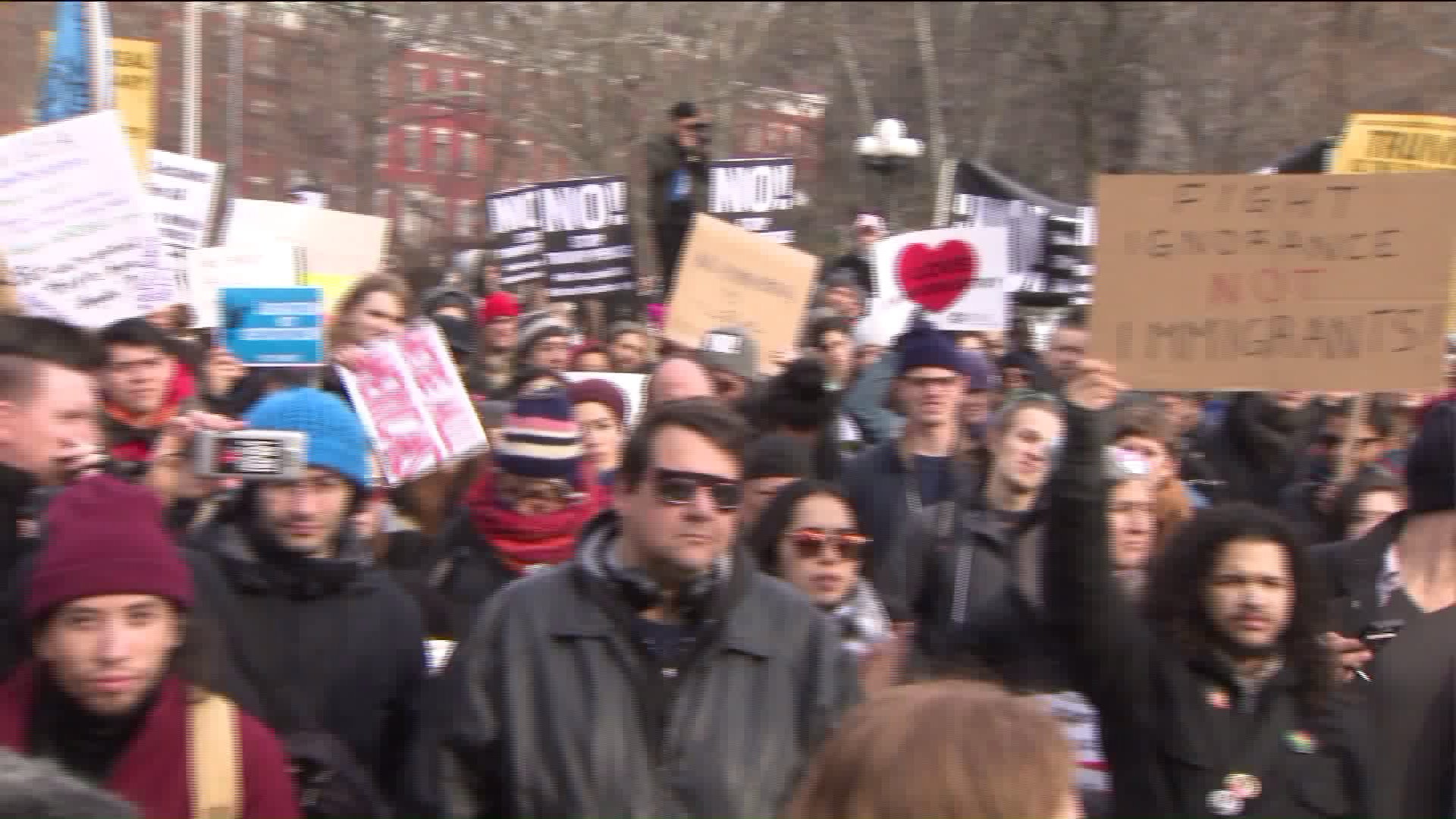 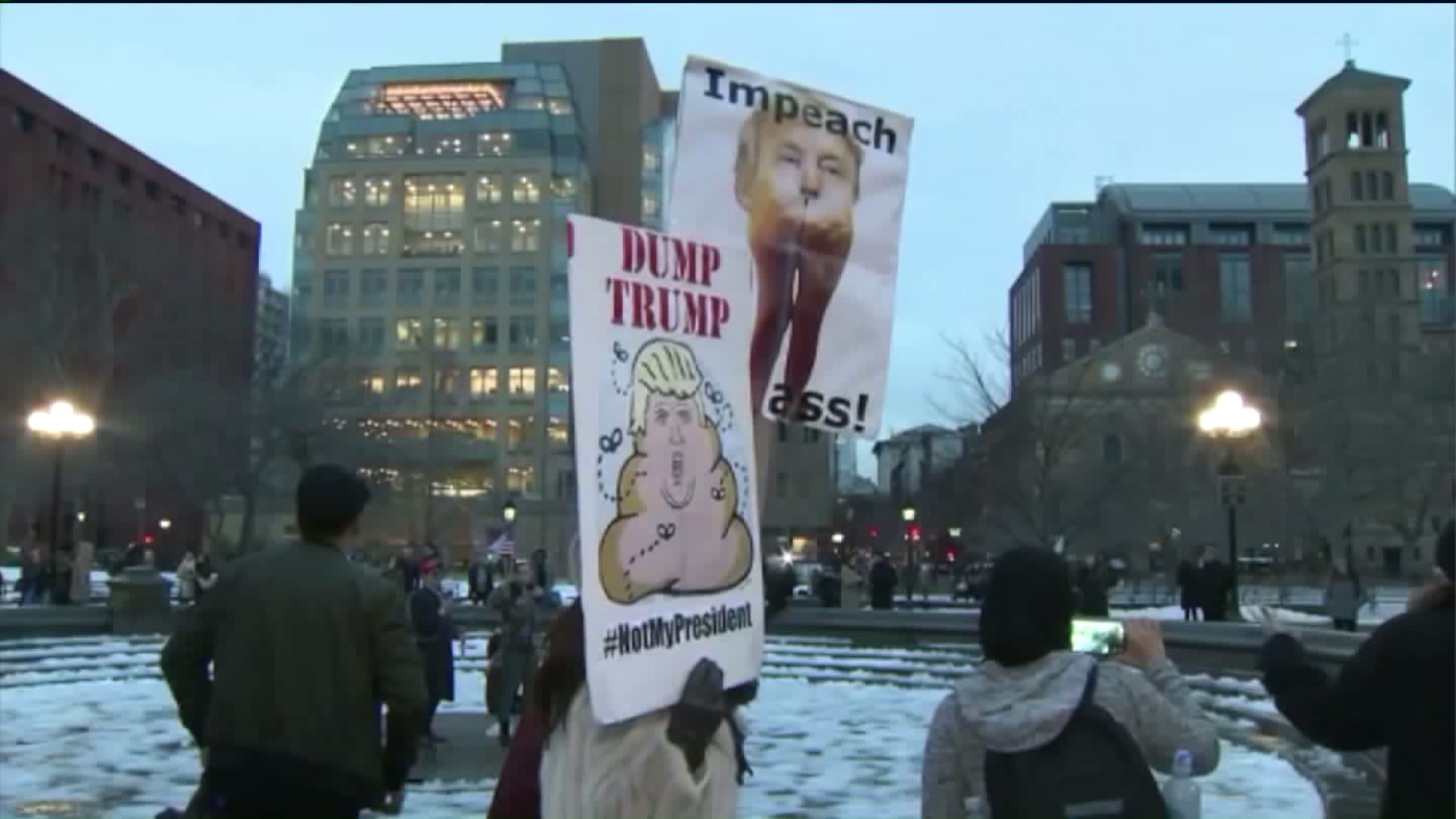 Rally organizers of this Immigrant-led coalition claimed that while the Trump administration steps up their war on immigrants, the city has yet to take any concrete action to live up to the city's sanctuary status.

"We are calling on New York City to be a real sanctuary city," Karina Garcia, a rally organizer, told PIX11 News. "We want a sanctuary city for all immigrants and people of color. No more arrests under broken windows policing."

"I am Israeli. These are not my countries," Grifel told PIX11. " but if them first, could be me next."

A the park there were other demonstrations that included a pro-Planned Parenthood rally and an anti-Trump gathering.

"I am here for human rights," said Elliot Crown, an anti-Trump protester in a bizarre Trump mask. "I am standing up for the people who can't."

Classical pianist Colin Huggins was playing Debussy's Clair de Lune to soothe the protesters and try to help in these troubled times.

"Debussy wrote this music right before World War 1," Huggins said, "It is music for troubled times."