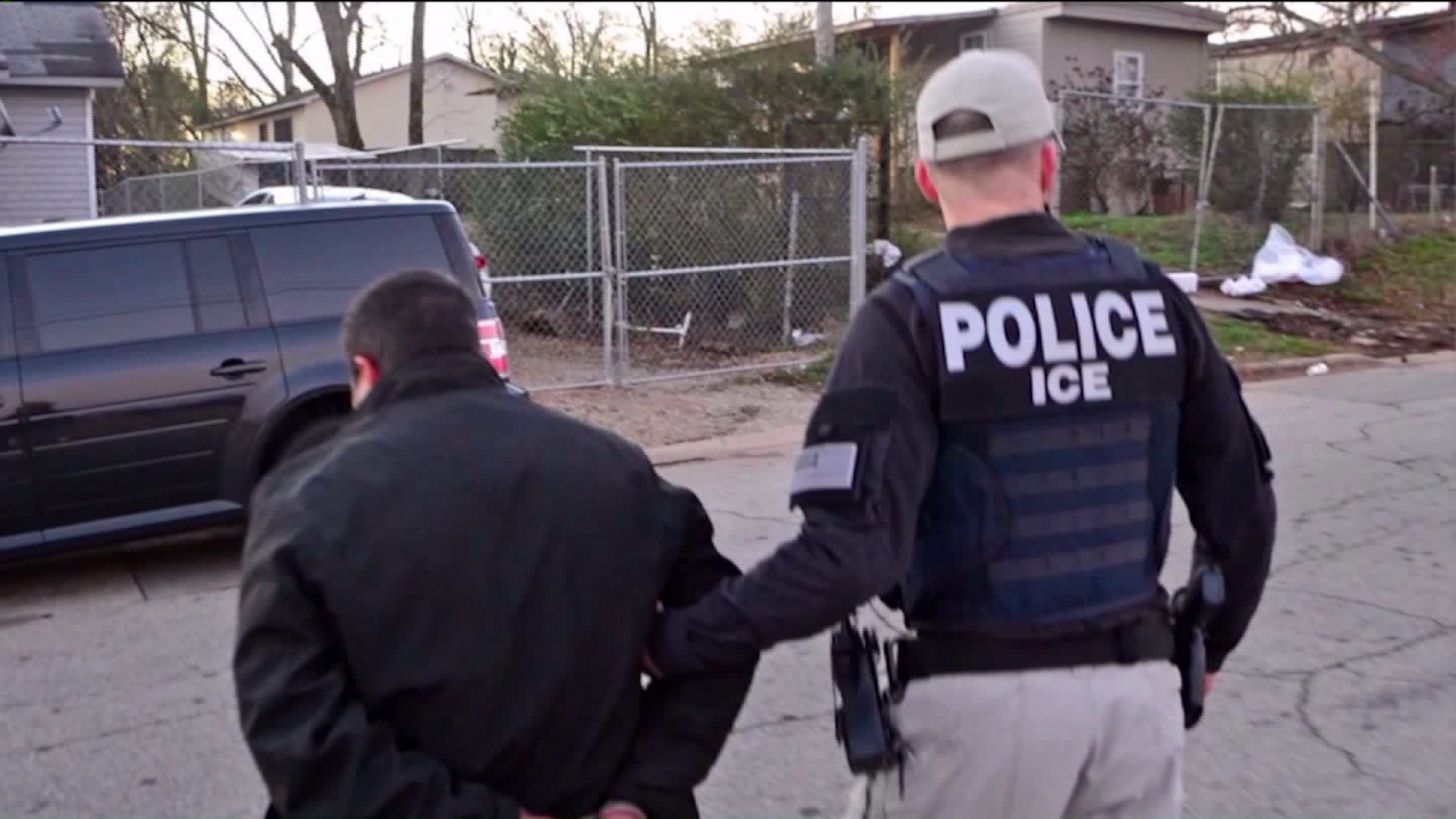 President Trump has said he is considering filing a new executive order to replace his travel ban.

STATEN ISLAND — Five Staten Island residents from Mexico were arrested in U.S. Immigration and Customs Enforcement raids that were conducted in New York City this past week.

The immigrants were arrested in ICE raids that began on Feb. 3 and ended this Wednesday, a source told PIX11 news.

Four of the residents were arrested at their homes while another was arrested outside a courthouse in Staten Island, according to the source.

Four of the people arrested have children who are U.S. citizens, the source said.

It's unclear if any of the individuals who were taken into custody had criminal records.

Deborah Axt, co-executive director of Make the Road New York, confirmed five people were arrested in the raids. The organization released a statement on the arrests, denouncing the ICE raids that have taken place in at least six other states.

"The Trump Administration has now doubled down on its war on our communities. We have confirmed ICE raids that have swept up five immigrant Staten Island residents over the past several days. These raids have the explicit purpose of tearing families apart. Our communities are understandably extremely concerned, but also resilient. We are here to stay, and we will fight back."

New York City is a sanctuary city, a term that generally refers to communities that do not cooperate with federal immigration officials. There are at least 39 cities in the U.S. that are sanctuary cities.

President Donald Trump had promised throughout his campaign to deport the 11 million undocumented people living in the U.S.

Earlier this week an undocumented Mexican immigrant Guadalupe Garcia de Rayos was deported from Arizona to Mexico. This heightened fears that more deportations will be happening.

ICE agency said majority of the arrests, that have amounted to hundreds, were mostly criminals and fugitives.

A Department of Homeland Security spokeswoman said overall about the agency's actions that everything is "routine," and are not part of casting a widespread net.

"ICE Fugitive Operations teams are out every day as part of routine, targeted enforcement operations," said acting press secretary Gillian Christensen. "These are existing, established fugitive operations teams. ICE does not conduct sweeps or raids that target aliens indiscriminately. ICE only conducts targeted enforcement of criminal aliens and other individuals who are in violation of our nation's immigration laws."

While ICE characterized the actions as routine, fear remains that the Trump administration's recent executive order beefing up interior enforcement of immigration laws could mean a vast expansion of deportations of undocumented immigrants.