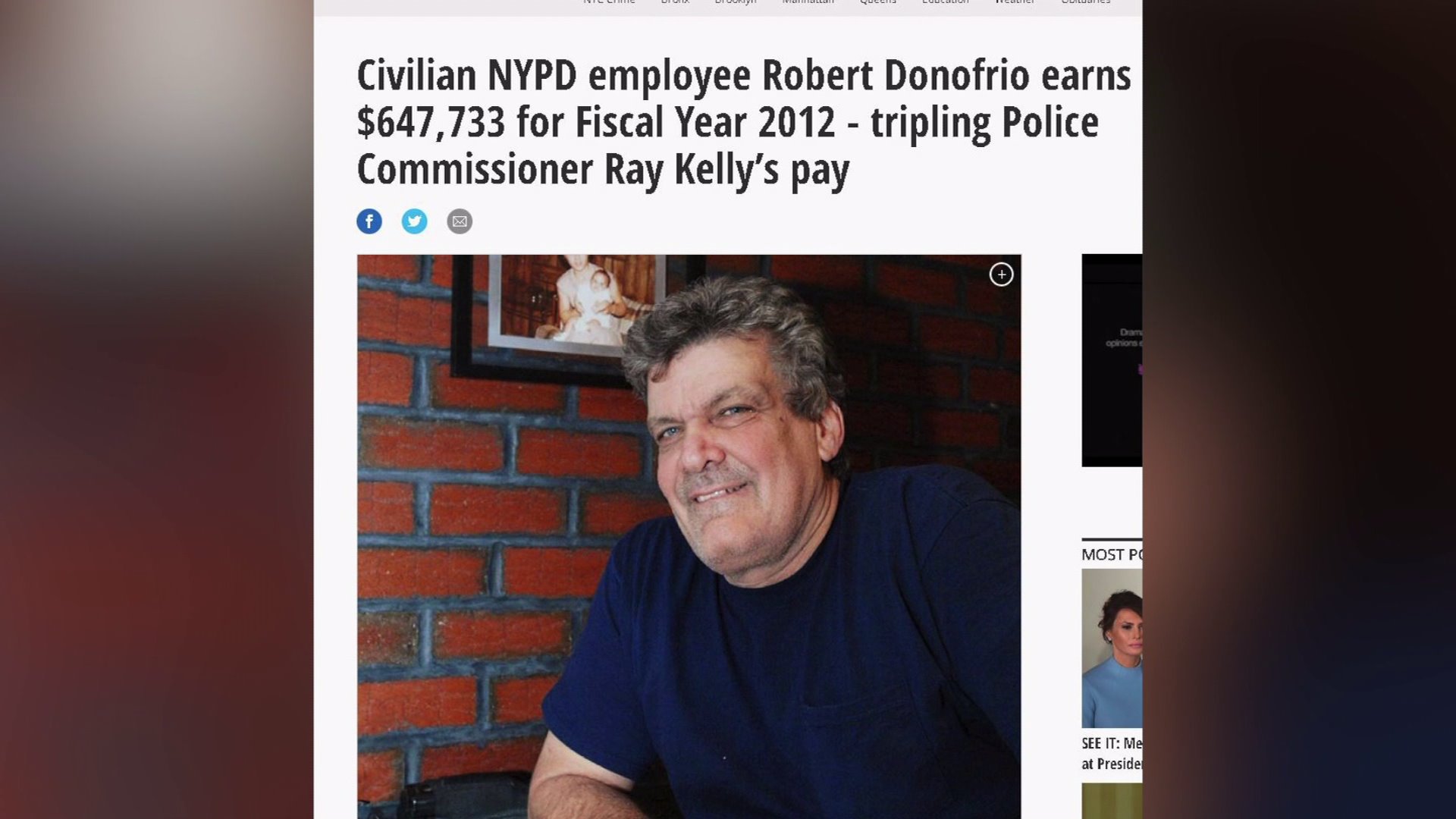 Police are looking for a suspect who reportedly fled in a 2015 Ford Mustang, blue in color, with NY License Plate GEF8791.

BATH BEACH, Brooklyn – Robert D'Onofrio won more than a half million dollars in a city back pay settlement a few years ago, but now police are investigating his murder.

Detectives are investigating a home invasion that involves a damaged front door, a gun shot and a stolen vehicle. Yet none of the neighbors who PIX11 spoke to saw or heard anything.

On his Instagram page, Robert D'Onofrio gave followers the impression he was traveling and having a good time, posting photos of younger women, the Trump Tower in Las Vegas, the Hoover Dam and a stripper pole.

But that all came to an end Wednesday, at around 6:30 p.m. when police say someone shot and killed the 66-year-old inside the garage of his home in the Bath Beach section of Brooklyn.

D'Onofrio made news a few years ago when he won a case against the city for back wages during his stint as an NYPD civilian employee, working as a steamfitter.

He reportedly took home almost $650,000 for the fiscal year 2012, which at the time was more than triple the police commissioner's salary.

HIs reaction shortly after the settlement was: "I went from mediocre overtime, to no overtime, to being a top earner. Everything is good now!"

D'Onofrio's neighbors were not interested in talking to PIX11 and when they did, their comments were, let's say cordial and at arm's length.

"I just say hello sometimes," Nick Ayer said. "He takes my hi sometimes. Sometimes he doesn't take. He was a little aggressive guy, actually. As far as I know."

"Conversation backyard," Dominic Guerrero said. "I give him some tomatoes."

Police say whoever is responsible for D'Onofrio's homicide stole his blue Mustang coupe as seen in an NYPD released photo.

It's the same vehicle, dowm to the license plate, seen on his Instagram page. The Mustang was reportedly recovered in the Brownsville section of Brooklyn.

As the investigation continues, one of the major questions is was D'Onofrio targeted or the victim of a crime of opportunity.