New Jersey police respond to more than 200 crashes during snowstorm 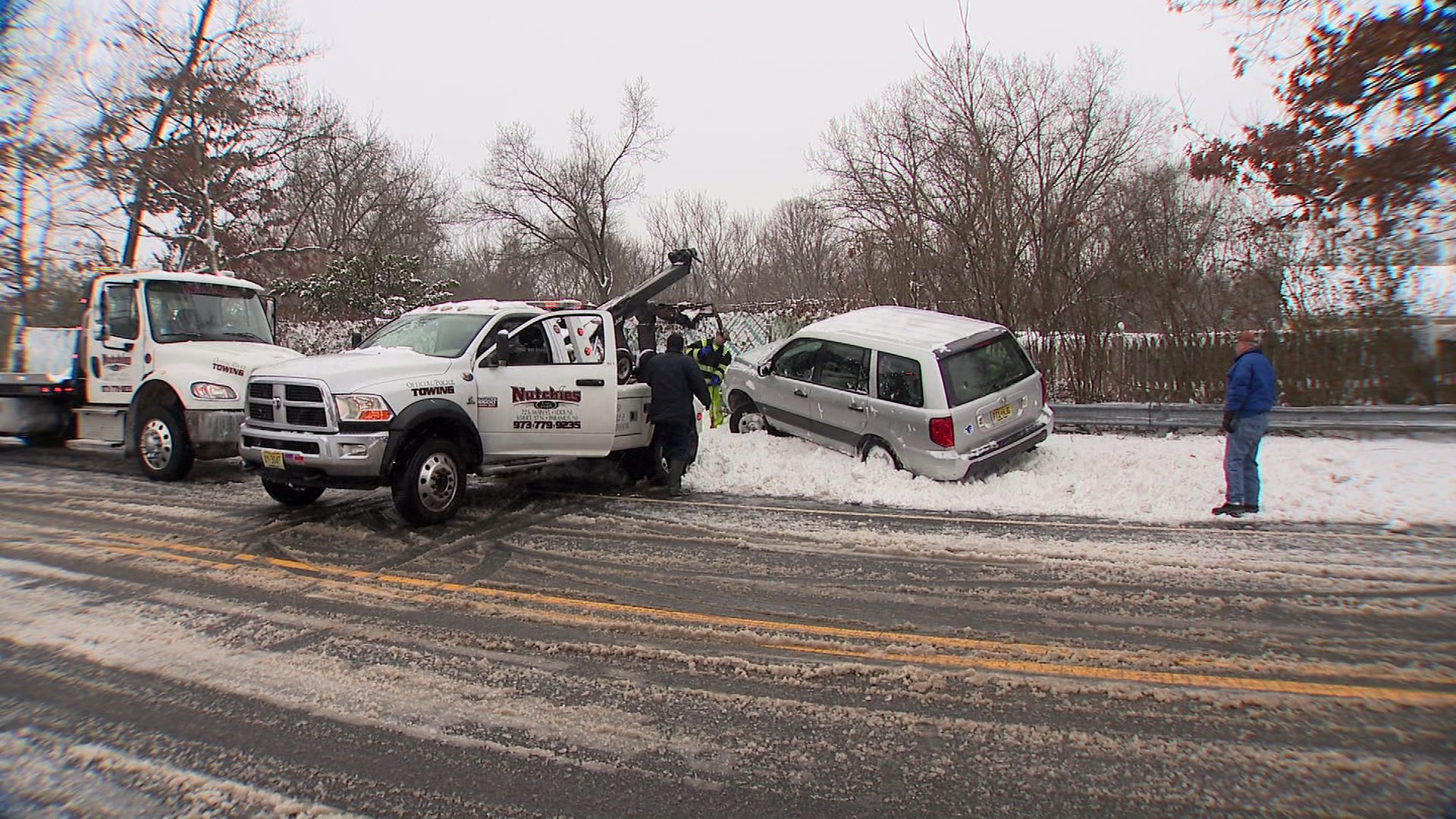 TRENTON, N.J. — The New Jersey State Police went out to help over 200 drivers who crashed or got stuck on state roadways thanks to snow storm Niko.

Troopers responded to 145 motor vehicle crashes and 148 aids between midnight and 9 a.m., New Jersey State Police said of the area they patrol. Before 11:30 a.m., the total number of crashes was 198, and aids increased to 226.

In Bergen County, even a plow truck driver was not immune to the conditions. County Executive Jim Tedesco reported one driver clearing the roads ran into another car and was being treated at a hospital for minor injuries.

Paramus got around eight inches of snow. PIX11 spotted several accidents, including one where an SUV ran up a snowbank and over a guard rail on Pascack Road. The driver was not hurt.

Plows and salt spreaders are out. A 45 mph speed restriction is in effect on the New Jersey Turnpike from Interchange 6 to the George Washington Bridge.

More than 2,400 employees and contractors are involved in snow removal effort on the New Jersey Turnpike and garden State Parkway.

Northern New Jersey is getting the most snow, but sleet is beginning to turn to snow in Monmouth and Ocean counties. A winter storm warning remains in effect. Forecasters say the snow should end by the middle of the day.

New Jersey Transit trains face delays of up to 15 minutes.

PIX11's Aliza Chasan and Ashley Soley-Cerro contributed to this report.