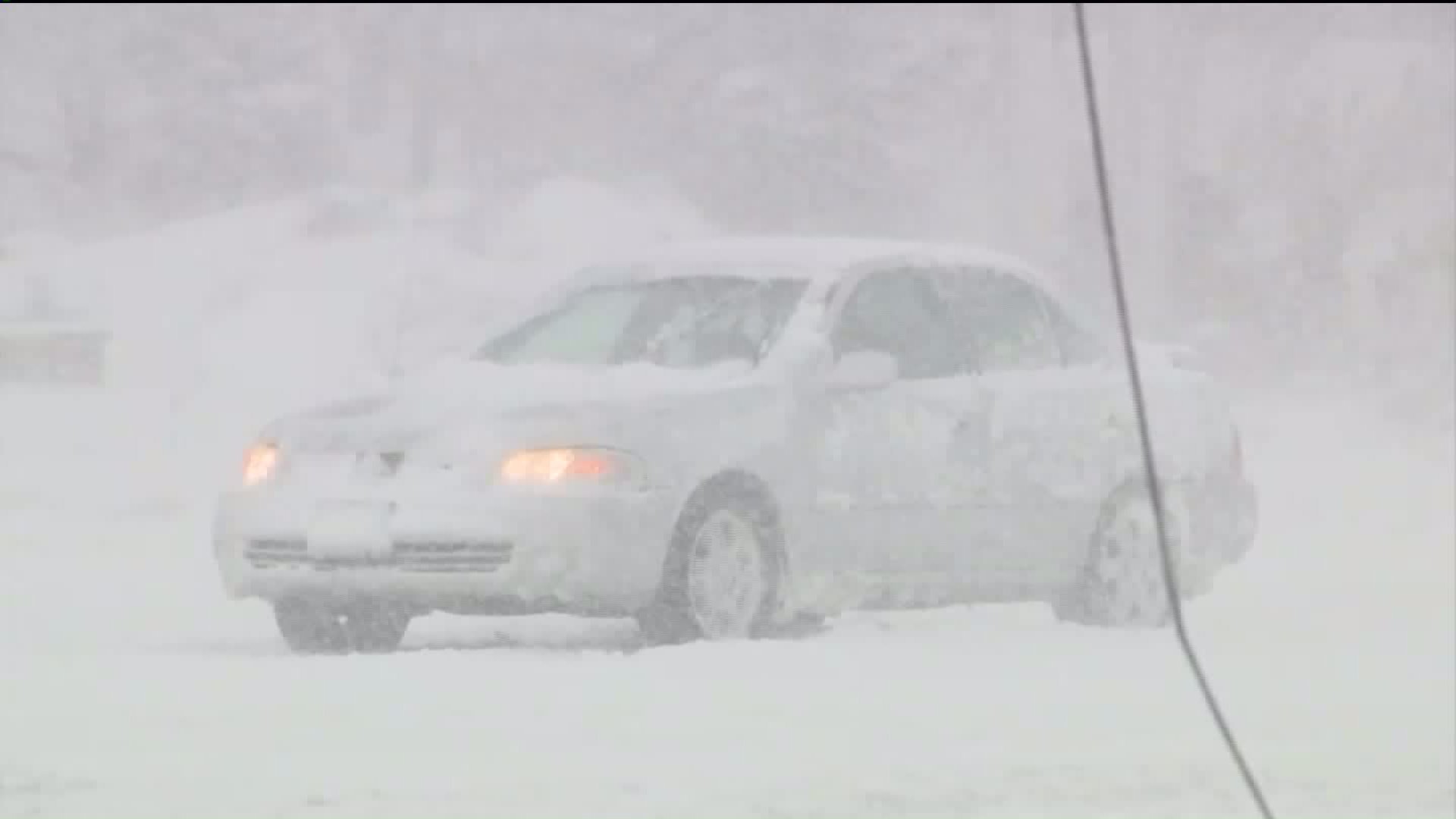 The storm is coming to an end, but not before blanketing the region.

DIX HILLS, N.Y. — Suffolk County, the eastern two-thirds of Long Island, got the worst of the winter storm that dumped itself on the Tri-State Thursday.

The county spent most of the day under a blizzard warning, where the National Weather Service warned of heavy snowfall, high winds and low visibility. Eastern Long Island had all three in large measure.

In fact, at one point, PIX11's cameras recorded a highway snow plow that had gotten stranded in the snow. Visibility was so poor, however, that the plow truck seemed to disappear to anyone more than 100 yards from the vehicle.

The flip side of the blizzard conditions was pointed out by the Suffolk County Police Commissioner, Timothy Sini.

"This is beautiful," Sini told PIX11 News during a ride-along with our camera exclusively. "This is what I what to be seeing," he said, "No cars on road. Staying off the roads allows snow plows to get their job done," Sini explained, adding that "police can focus on true emergencies."

Despite Sini's observation, more than 100 cars had to be helped by police. Even more were like driver Chris Turner. His charcoal gray Honda got stuck in a 10-inch deep snow drift as he was leaving a strip mall after a work contract got canceled.

"I just couldn't find the exit there," he explained, referring to the parking lot exit from which PIX11 dug him out. Once his car broke free of the snow, Turner said, "I'm going home and lighting a fire, and open up a nice bottle of wine."

Apparently, a large majority of drivers chose to also stay cozy in their homes, seemingly motivated by the snowfall that reached well over a foot and snowdrifts twice that depth, thanks to gusts 40 miles per hour or greater.

Their absence from the roadways, according to Gov. Andrew Cuomo, allowed an augmented state roadway maintenance corps on the LIE from having to close down the highway.

"We added about a dozen more plows, and personnel," New York's governor said to PIX11 News, in response to a question at a news conference in an LIE maintenance garage.

Gov. Cuomo said that while he's had to shut down the LIE during past severe winter storms, this time the combination of low volume and larger maintenance crews kept the highway open.

The crews spent the overnight hours Thursday plowing away stubborn ice on the interstate's surface and laying down salt for the same purpose.

The objective of the state, as well as that of Suffolk County and its towns, is to ensure that plummeting temperatures overnight do not cause roads to ice over for Friday's morning rush.