Watch Jake Gyllenhaal belt out song from his upcoming musical 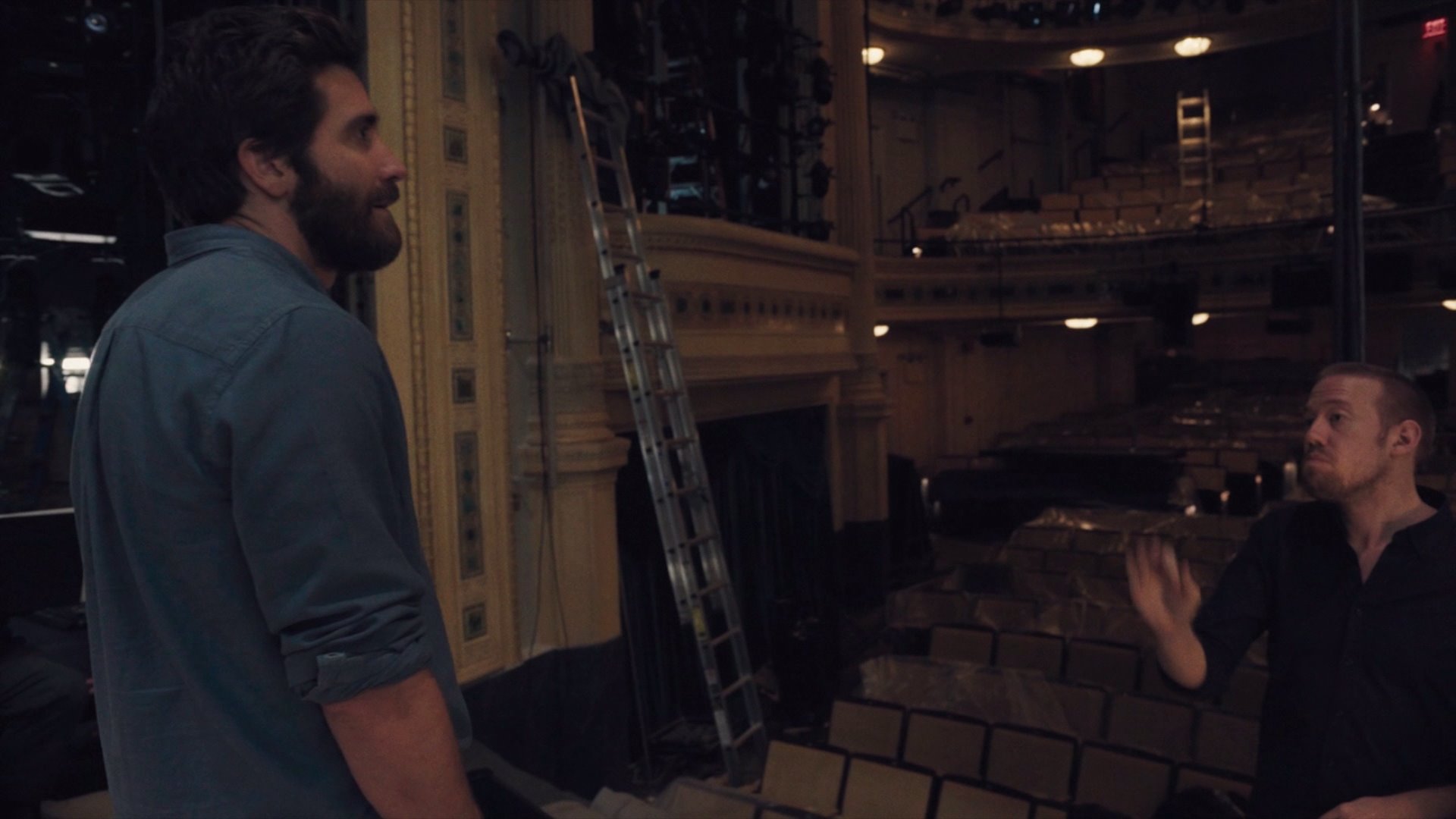 Jake Gyllenhaal shows off his voice as he premieres his rendition of “Finishing the Hat” from Sunday in the Park with George – a sneak peek at what audiences can expect to hear when they come see the show at the newly reopened Hudson Theatre. The video was shot and directed by Cary Fukunaga.

Today, a new Broadway theater opened its doors, the first to do so in 20 years. The Hudson Theatre also happens to be the oldest one around. Oscar nominee, Jake Gyllenhaal, and Two Award winner, Annaleigh Ashford, were on hand to help unveil the venue. The duo stars in the upcoming Pulitzer Prize-winning musical Sunday in the Park with George, at the Hudson. This is also Gyllenhaal's musical debut.

Sunday in the Park with George follows painter Georges Seurat in the months leading up to the completion of his most famous painting, "A Sunday Afternoon on the Island of La Grande Jatte." Consumed by his need to “finish the hat,” Seurat alienates the French bourgeoisie, spurns his fellow artists, and neglects his lover Dot, not realizing that his actions will reverberate over the next 100 years.

Sunday in the Park with George begins previews February 11 and opens a limited run February 23.

The Hudson Theatre has more than a century's worth of history as well. It's the oldest operating Broadway theater, opening in 1903.The original owner, Henry B. Harris, actually died aboard the Titanic. His wife, Renee Harris, made it off the final life boat and came back to continue running the theater. She is credited as the first female Broadway producer. After the Great Depression, Renee Harris, lost the venue to foreclosure. In 1934, CBS Radio took it over and returned it as a legitimate theater. 16 years later, NBC purchase the space at premiered the first nationwide broadcast of The Tonight Show. The Hudson Theatre eventually went back to its roots got a few years before being turned into a burlesque theatre and a motion picture house.

It was purchased in 1975, by a developer wanting to turn it into a parking structure. After being vacant for five years, a rock promoter purchased it, creating the Savoy Rock Club. That promoter later sold the venue to a hotelier, who then sold it to Millenium Hotels.

After protests following the 'theater massacre' in 1982, where five theatres were torn down to make room for the Marriot Hotel in Times Square, the landmarks Preservation Commission increased its protection of Broadway theatres. The Commission designated both the exterior and interior of the Hudson Theatre as a historical landmark in 1987.

Millenium Hotel did a large-scale renovation to the venue in 2005, during which several Tiffany Mosaics were discovered. Millenium used the theatre as a rental space for special events, parties and weddings until deciding it was time to return it to its original intention.