Snowstorm timeline: Here’s what to expect 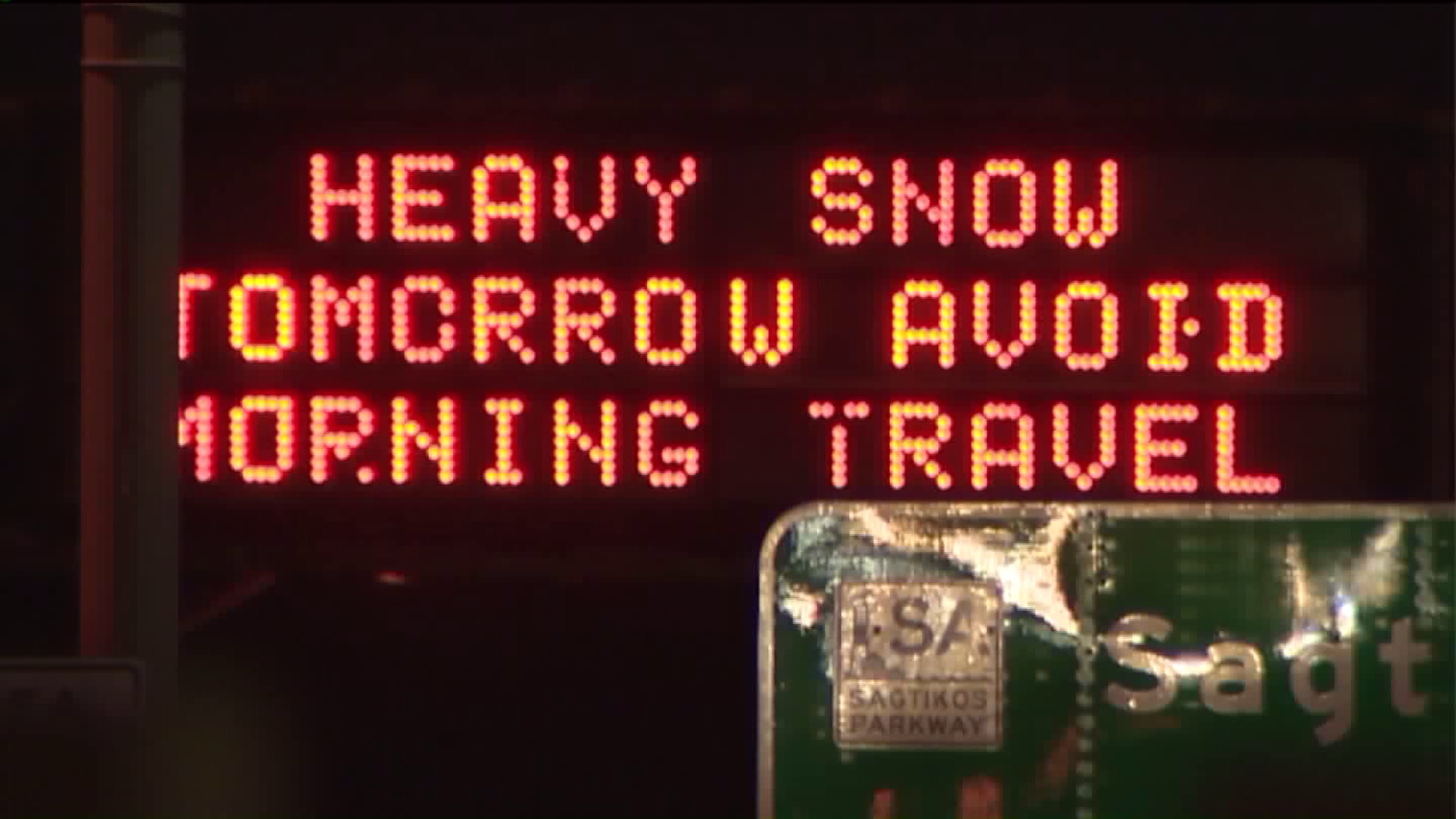 The eastern end of the county could see over a foot of snow. 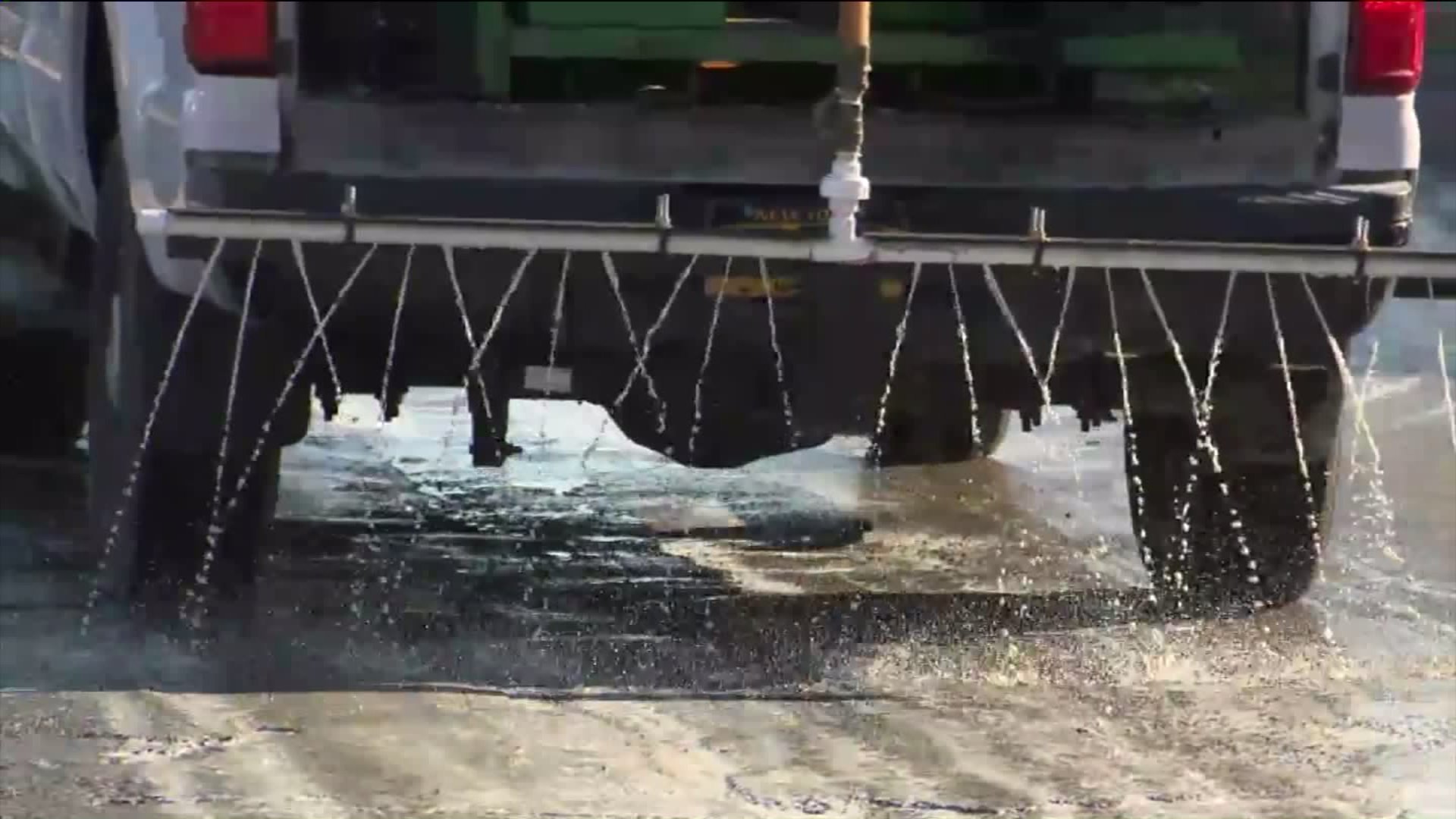 NEW YORK — A snowstorm is pummeling the city and the rest of the tri-state Thursday — with the worst forecast to hit the area early, snarling the morning rush-hour commute.

The "blizzard-like" conditions come a day after balmy weather graced the area— even breaking a heat record in Central Park. However, officials urge people not to be lulled into complacency.

"We may see blizzard-like conditions. We are going to be experiencing a very fast snow fall. It could be up to 3 inches an hour. That will create whiteout conditions," New York City Office of Emergency Management Commissioner Joe Esposito said.

As of 7 a.m., Central Park and Bridgeport had already received 2 inches.

In the five boroughs, the lower Hudson Valley, New Jersey and southern Connecticut, a winter storm warning went into effect at midnight and is expected to last until 6 p.m.

Those areas are forecast to get blanketed with 8 to 12 inches of snow.

A blizzard warning has been issued for Suffolk County from 3 a.m. to 6 p.m., predicting 10 to 14 inches of snow. The National Weather Service extended the warning to Nassau County early Thursday.

The snow started out as a mix of rain and sleet during the onset early Thursday morning. It is expected to quickly changeover to a heavy, wet snow, before transitioning to a dry, powdery mixture by the afternoon.

People are urged to stay off the roads and let the plows do their work. The New York City Department of Sanitation said it will send out 689 salt spreaders. And once there is 2 inches, more than 1600 plows will be dispatched.

"We have been attaching plows and chains since very early this morning to make sure that we are set up for this event," Sanitation Commissioner Kathryn Garcia said.

Some locals are preparing for the worst and hoping for the best, such as Randy Sanabria, a facilities manager in Queens, who went to Posner's Hardware in Bayside Wednesday in order to stock up on supplies.

He was checking out "salt, shovels, gloves, anything that's going to help me with the snow."

According to the NYC Department of Sanitation, it has 315,000 tons of rock salt ready to go. If people must go out during the storm, officials urge them to use public transportation.

The MTA said it will have chains on bus tires but commuters should expect delays and reduced service during the morning rush. As for subways, snow fighting equipment will include melting devices and third-rail heaters. Metro-North and LIRR will deploy snow-fighting equipment as well.

Those hoping to flee the area via plane likely did not have much luck. More than 1,700 flights were canceled or delayed at local airports ahead of the storm.

Alternate Side Parking will be suspended Thursday to help with snow removal.

The Sanitation Department also said it will hire snow laborers to help with the cleanup.

And to receive the latest updates, visit Notify NYC .

Here's a timeline of what to expect:

Temperatures climbed to a record-breaking 62 degrees in Central Park, but officials say not to be fooled by the warm weather. The temperatures will drop significantly overnight.

Midnight — The Winter Storm Warning went into effect as a mix of rain and snow started to fall. Accumulation did not begin until temperatures dropped below freezing after 4 a.m.

7 a.m.-11 a.m. — The heaviest snow will pummel the city at the height of the morning commute, according to the Department of Sanitation. As much as 3 inches per hour is expected to fall in "blizzard-like" conditions that could hinder visibility. Officials encourage commuters to opt for public transportation and allow for extra time.

5 p.m. — Snow is expected to taper off on Long Island and Connecticut.

The snow will likely stick around for a few days. Temperatures are expected to stay on the cold side with highs in the upper 20s. A clipper system will pass through Friday night, raising the risk of a snow shower. Through the weekend temperatures will quickly moderate back into the 40s. On Sunday, another system will bring some rain.