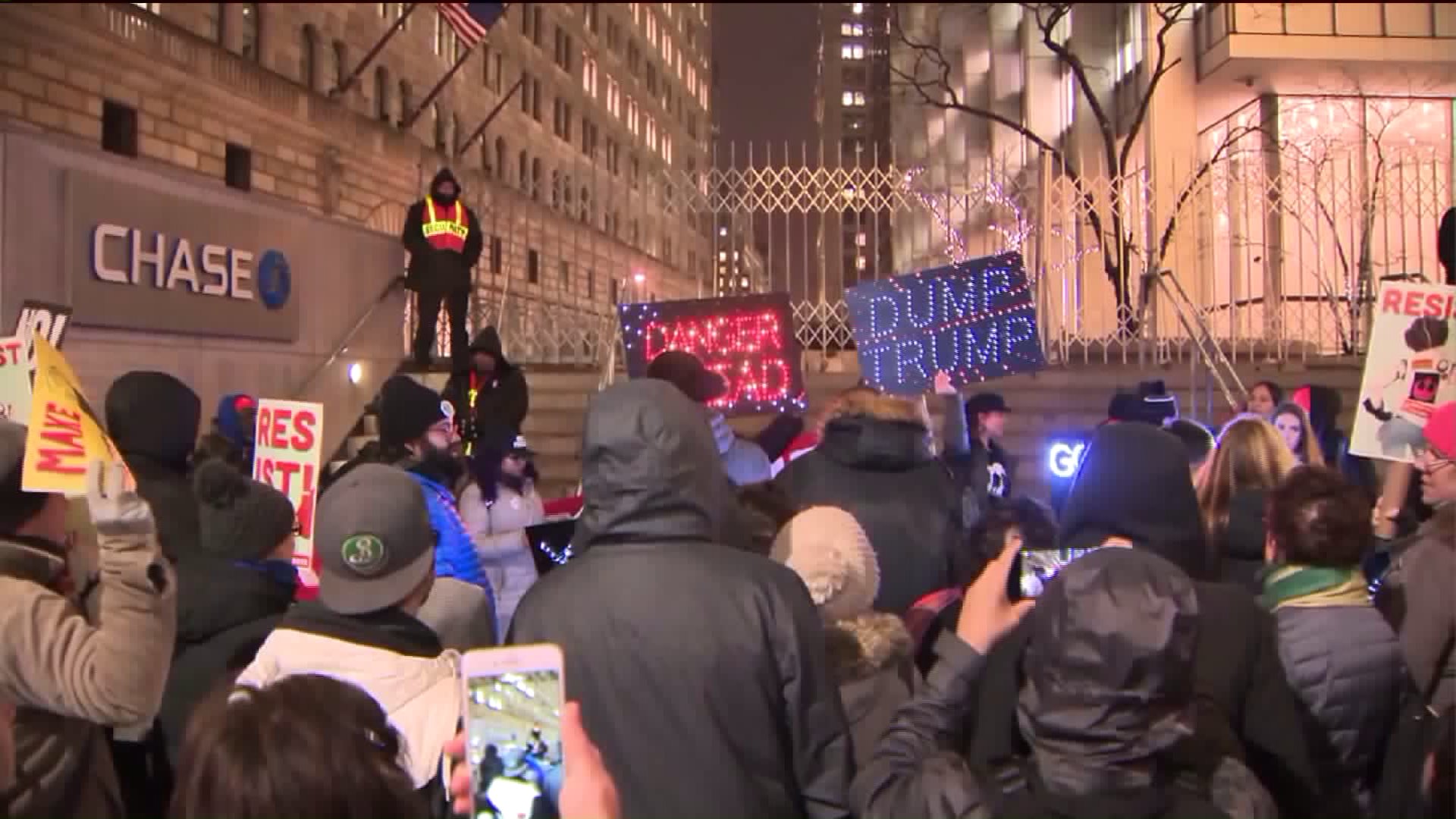 President Trump said he`d drain the swamp before going to Washington, but protesters say the swamp is still full.

MANHATTAN – For Wall Street, this was a different type of work meet-up Tuesday evening.

Hundreds of men and women convened on Liberty Street around 6 p.m., most with signs in hand and their voices raised together in a rally against Donald Trump and his potential plans to roll back financial regulations put in place after the 2008 recession during the Obama administration. They met on the steps of a banking skyscraper - home to JP Morgan Chase.

"Tonight we want to get across that Trump is basically helping bankers rob America," one protester said. "Rob it from working families and cause another economic session."

Although President Trump campaigned on a promise to "Drain the Swamp" or to rid Washington of insider politics, many told PIX11 the recent Cabinet appointments including former Goldman Sachs partner Steve Mnuchin as Secretary of Treasury leaves them concerned.

"We now have basically Goldman Sachs on power and Jamie Diamond in power righting legislation to roll back Dodd Frank which was put in place to protect us the American consumer," a demonstrator said.

Alex Green was among the crowd hoping that under the current administration the interests of everyday Americans will not come to second to the demands of big banks.

"I'm an accountant I work as a CPA," Green said. "I think we need to keep Dodd Frank [because] it keeps the banks and financial markets from being risky with people's money and that's important when things go bad for the financial markets, rich people are OK... and everybody else gets screwed."