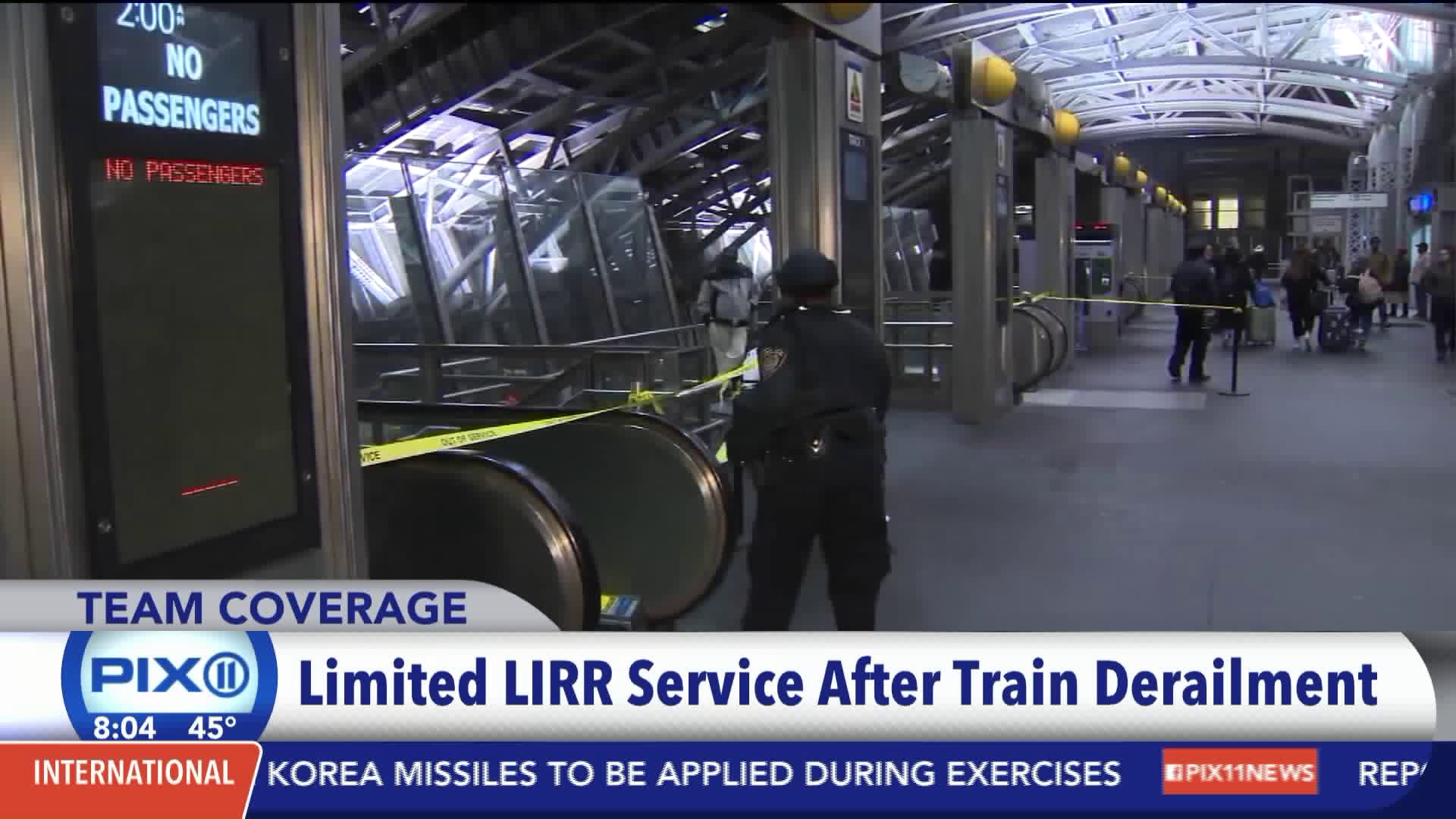 An eastbound LIRR train to Huntington derailed while pulling into Jamaica Station around 4 a.m.

The LIRR resumed full service about 9 a.m., but commuters should still anticipate some residual delays.

The last car of an eastbound LIRR equipment train to Huntington derailed while pulling into Jamaica Station around 4 a.m., hitting the Track 8 platform, MTA Communications Director Beth DeFalco said. There were only workers on board the train.

The minor derailment caused power issues and prevented trains from running in or out of the station.

Westbound trains made added stops, but commuters still faced crowded conditions, delays up to 60 minutes and train cancellations at the height of morning rush hour.

There were no injuries to any of the workers. MTA crew is assessing stability of the platform and how it happened.

Investigators will be looking at how fast the equipment train was traveling at the time, DeFalco said.

"They’re inspecting the tracks, the signals, the platform and see if there are any issues or damage to that," DeFalco said.

For latest up to date transit information, visit http://www.MTA.info.

Correction: The story initially reported a passenger train had derailed. It has been updated to reflect it was actually an equipment train.