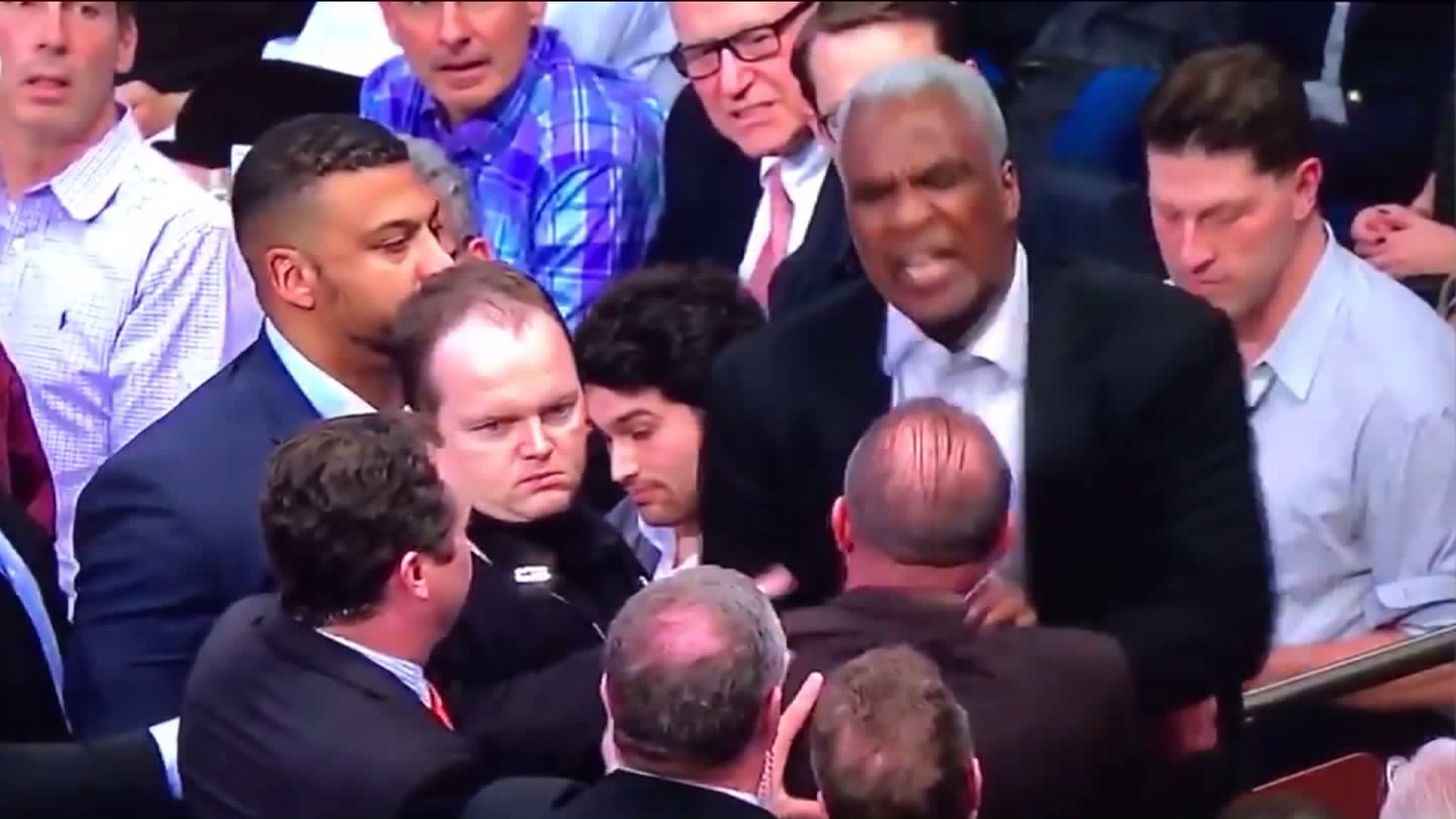 Sources tell PIX11 News that Oakley has been charged with three counts of assault.

It happened during the first quarter of the game between the Knicks and the Los Angeles Clippers. The cause of the altercation behind the baseline, which happened near where team owner James Dolan was sitting, was not immediately clear.

The AP reports that fans shouted "Oakley! Oakley!" in defense of the popular power forward, who helped the Knicks reach the NBA Finals during his years on the court for the team, between 1988 and 1998. Oakley is known to have a strained relationship with the team, because of his criticism of Dolan's leadership.

Oakley was escorted out of the building.

PIX11's Myles Miller and the AP contributed to this report.

Charles Oakley shoves Madison Square Garden security and is escorted out of the building in strange scene pic.twitter.com/lTphvnSzFV

Phil Jackson trying to calm down Charles Oakley in the tunnel, surrounded by security.