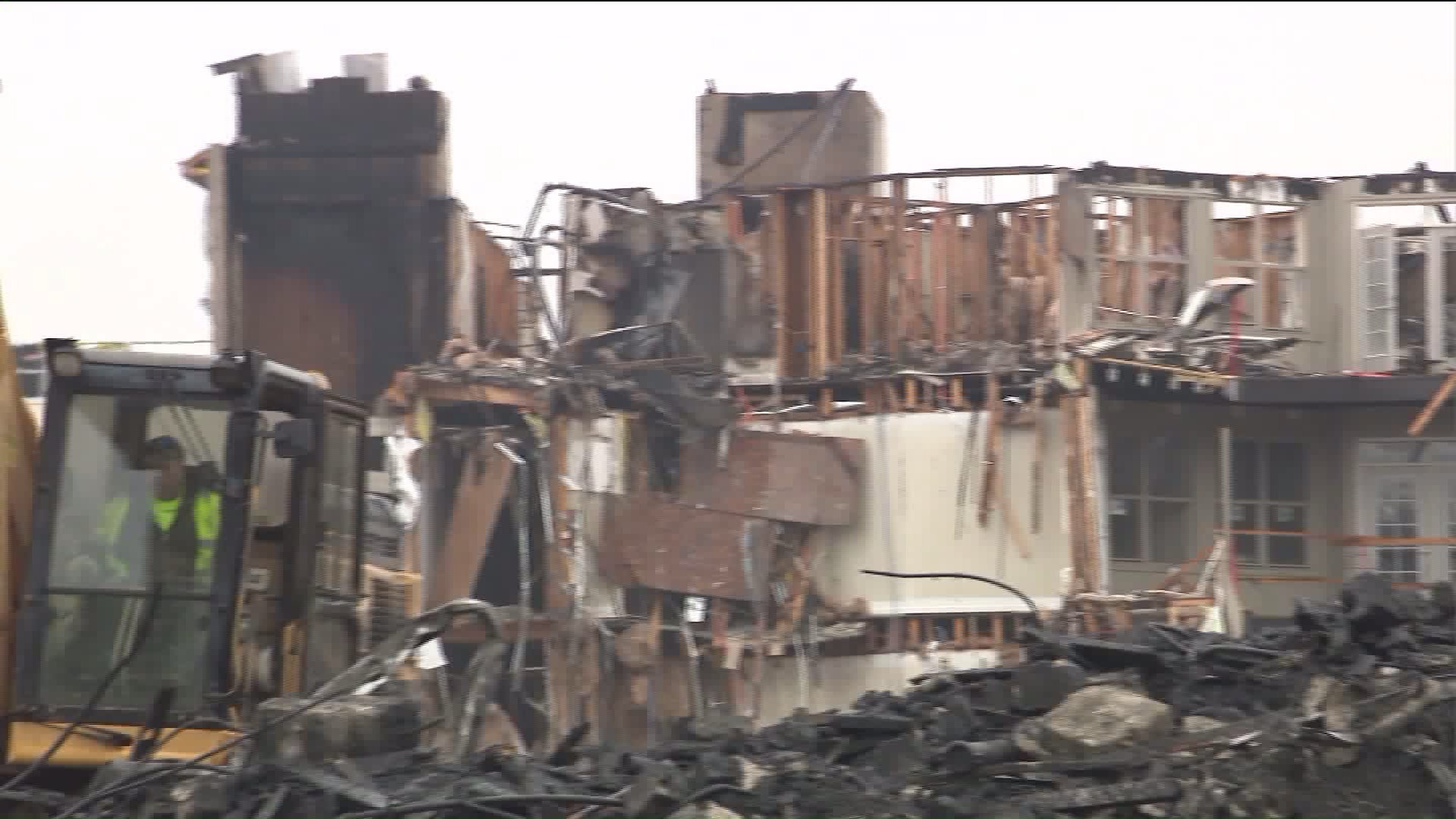 Massive fires are raising concerns about the lumber used to build some properties.

Firefighters were struggling to contain the blaze as it tore through – at a shockingly fast rate – a still under construction AvalonBay apartment complex.

"I come from a construction company – like family, so I was a little concerned that they were doing stick, not concrete or some other material," Milano said. And by "stick" she means wood.

That's just her opinion. But she offers it on the heels of a fire which destroyed about one hundred unfinished, empty, AvalonBay units which were built with the same type of lightweight or engineered construction materials that burned so quickly two years ago, farther north in Edgewater, where another AvalonBay apartment complex burned to the ground.

Fortunately, no one died in either fire.

"These ones are brick, so if they were to go up, the fire would kind of be stopped in between units, so it's a little weird that they are going with something that's not as safe as other options," Milano said.

Engineered lumber is infused with resins, and glues. Developers use it because it is stronger than ordinary wood, and they can use longer spans of it to build larger rooms.

But as PIX11 showed in 2015 – right after the Edgewater AvalonBay fire – engineered lumber burns, and loses its structural integrity, much faster than natural wood.

Industry insiders estimate that engineered lumber and manufactured are being used in more than three-quarters of New Jersey's large, multi-family developments.

PIX11 pressed AvalonBay to tell whether after two devastating fires in the last two years, it is considering discontinuing the use of engineered lumber. Especially when you consider how quickly a burning plank can give way under the weight of trapped residents or responding firefighters.

An AvalonBay spokesperson's response pointed to the company's decision to instead install ... "more sprinklers throughout the building, including in the attics, closet spaces and between the ceilings and floors. In addition, we upgraded the fire safety for these buildings by installing masonry firewalls, which are not required for this building type by the current code..."

The spokesperson adds the unfinished units were not equipped with those enhanced sprinkler systems and fire walls, hence the faster burn rate.

Two years ago, following the Edgewater AvalonBay fire, PIX11 spoke with Justin Mihlik, a past president of the New Jersey chapter of the American Institute of Architects. He now chairs its task force on lightweight construction.

When asked why AvalonBay continues to use materials that burn much faster than quicker traditional wood, Mihik says the answer is a two-fold.

"The first is cost, and the second is again, the building code does allow it," he said.

Even after the fires, New Jersey's state construction code that deals with lightweight construction has not changed.

New Jersey state legislator John Wisniewski drafted a bill that would do just that, but he tells PIX11 it sits in the committee.

"Despite my requests for a hearing, it still sits in committee," Wisniewski wrote. "My hope is that this week's Maplewood fire will be a catalyst for action so that we confront this problem before our luck runs out."

Just around the corner form the AvalonBay's charred complex in Maplewood, Mikaela Milano is grateful for her family's sake that yet another fire did not come with a tragic ending.

"It was so close that it could have blown over," Milano said. "And with the bus depot next door, it could have just caught right down the block."