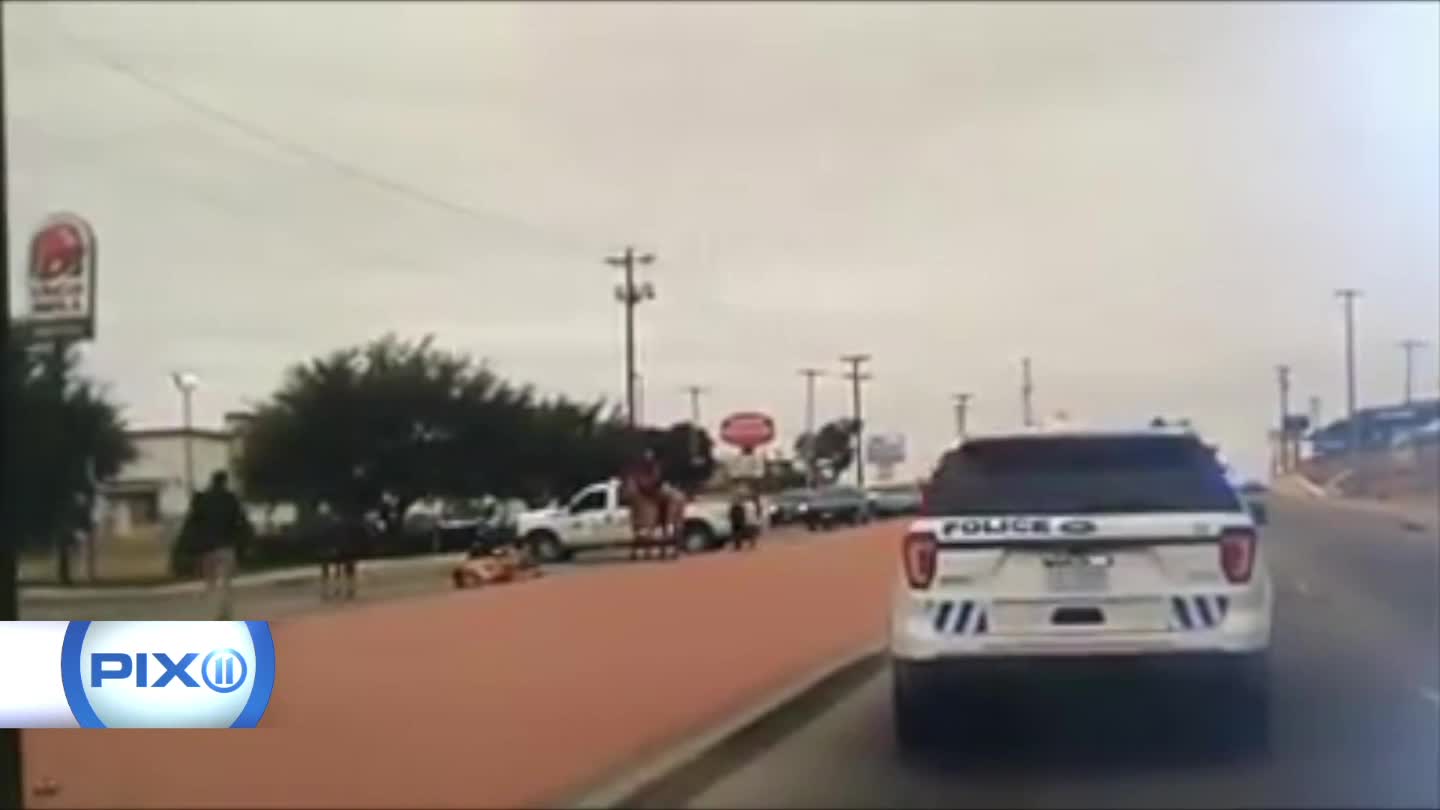 He eventually was wrangled by a cowboy outside of a Taco Bell restaurant.

WEATHERFORD, Texas — A cow escaped a slaughterhouse in Texas and led police on a two-hour chase, that ended outside of a Taco Bell.

Police in Weatherford, Texas, caught the unusual pursuit on a dash cam as it ran past cars on a busy roadway.

After escaping from a slaughter house, the steer ran for freedom for about 90 minutes. The video went viral on Facebook with more than 6 million views.

The steer was eventually roped and wrangled by one of the cowboys on horseback, near a Taco Bell, and it was returned to the butcher.

No one was hurt in the incident.

As for the steer? It's recuperating from the stressful run at a local ranch.