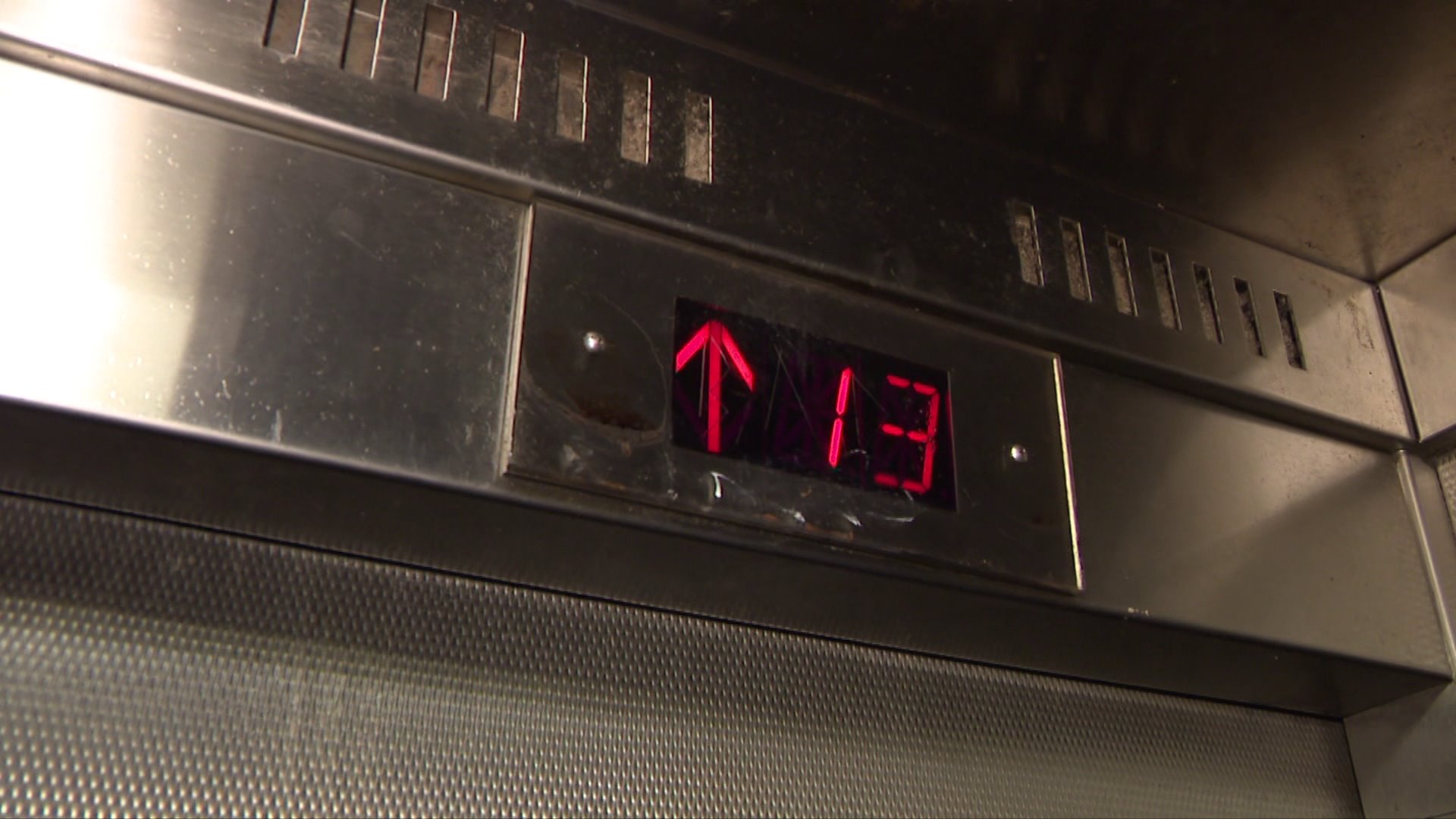 PIX11 News traveled in the elevator to the infamous 13th floor, where several families shared their terrifying stories of getting stuck in the elevator.

THE BRONX — Jessica Quinones lives at the St. Mary's Houses on Westchester Avenue in the Bronx, and says for weeks now one of the two elevators is broken.

And, Quinones says the elevator that is working is unpredictable.

"It's a horror show. You don't know if it's going to open or get stuck. You bounce up and down. It's really scary," said Quinones.

A grandma, who lives on the 21st floor says she has had it with the New York City Housing Authority, the agency who runs the building.

"I'm pissed. I'm mad. I'm mad as hell at those elevators," said the angry resident who did not want to be identified.

PIX11 News traveled in the elevator to the infamous 13th floor, where several families shared their terrifying stories of getting stuck in the elevator.

"I was stuck in there too long. And when I finally got out no one cared," said 79-year-old Ray Smith.

His neighbor, Monica Quinones, got stuck too.

"It was terrifying. And people pack in and then it drops and gets stuck in between floors. It has to be fixed," demanded Quinones.

The New York City Housing Authority told PIX11 News this, "both elevators at St. Mary’s Houses are currently running again and we’re working quickly to address the ongoing vandalism problem that is causing the outages to ensure they stay operational."