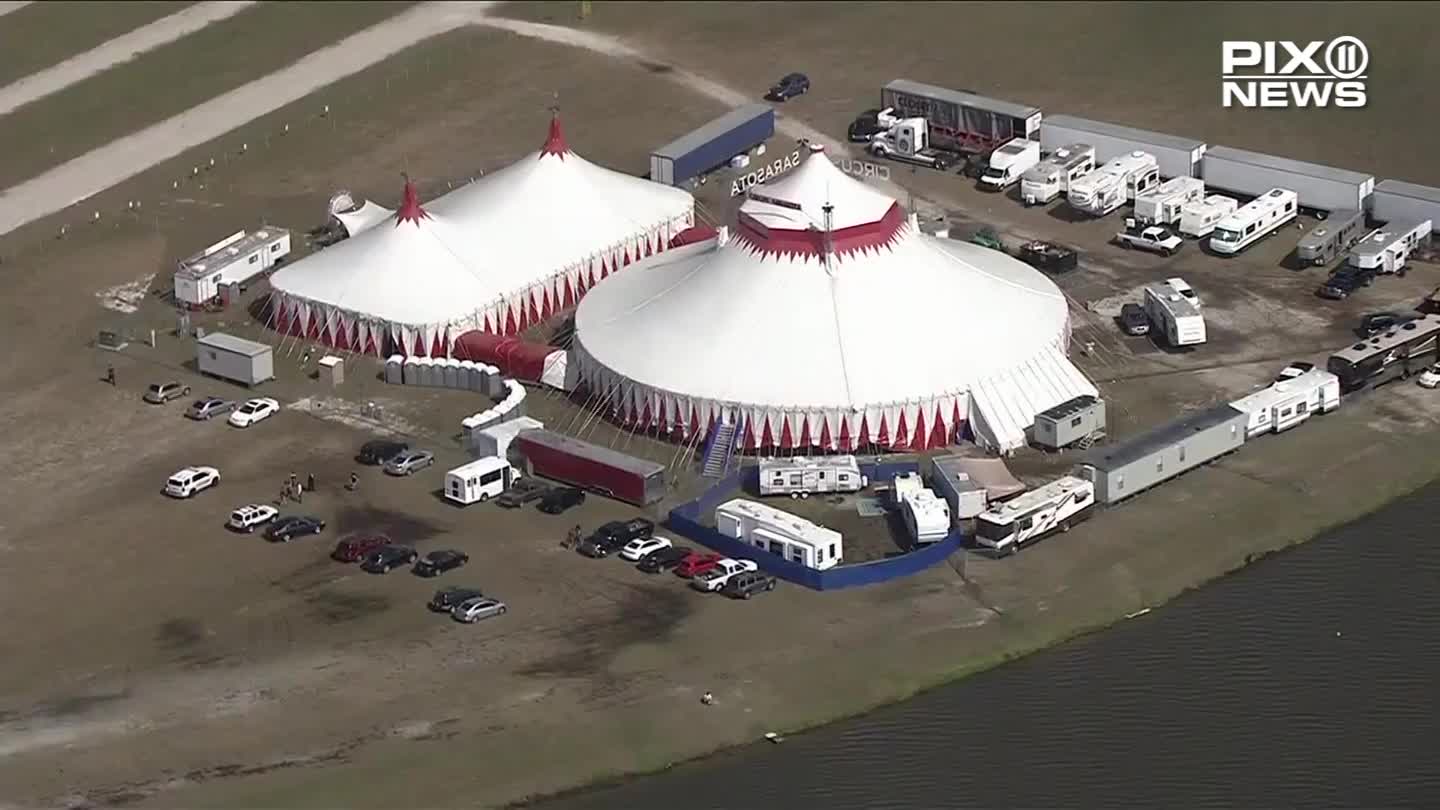 Famous high-wire performer Nik Wallenda was part of the group of 8 on the wire at the time, but was uninjured.

Five performers were injured Wednesday after tumbling at least 25 feet from a high wire during a circus rehearsal in Sarasota, Florida, officials said.

Four patients were listed as trauma patients, according to a tweet from the Sarasota County government.

Well-known daredevil Nik Wallenda was among three performers on the wire who were not injured, according to Pedro Reis, founder and CEO of the Circus Arts Conservatory.

Reis said the rigging did not collapse. It was not clear whether was a safety net in place.

Three performers were being treated at Sarasota Memorial Hospital, where two were listed in critical condition and one is in guarded condition, said Dr. Alan Brockhurst, medical director of the hospital's trauma center. The three are expected to survive, he said.

"They're extremely lucky, given the high of the fall that they survived," Brockhurst said.

Those being treated at Sarasota Memorial suffered mostly orthopedic injuries, and there was a traumatic brain injury, Brockhurst said.

Wallenda wowed audiences when he crossed tightropes over landmarks like the Grand Canyon, Niagara Falls and the downtown Chicago skyline.