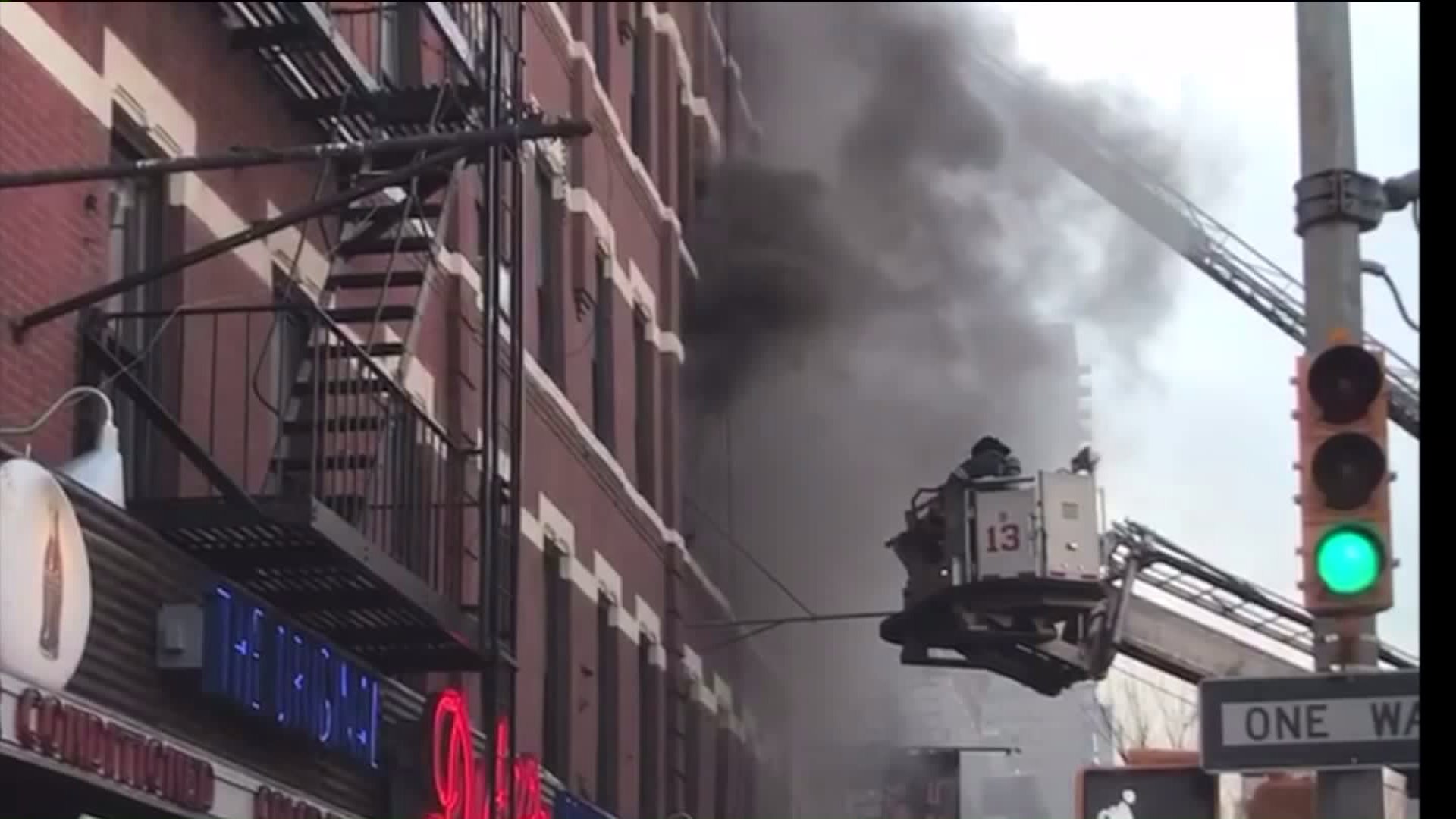 UPPER EAST SIDE, Manhattan — Four firefighters and two residents were injured when a fire broke out in the basement of the restaurant in an Upper East Side building Wednesday.

Fire broke out in the basement of Firenze Ristorante on Second Avenue near East 83rd Street just before 10 a.m., FDNY said. The flames quickly spread to the other floors of the 5-story building.

Residents in the building and restaurant were evacuated.

The Red Cross is assisting 13 people from nine families who were displaced by the fire.

Scene at 83rd and Second for an apartment fire. pic.twitter.com/ILRjXzzDRb