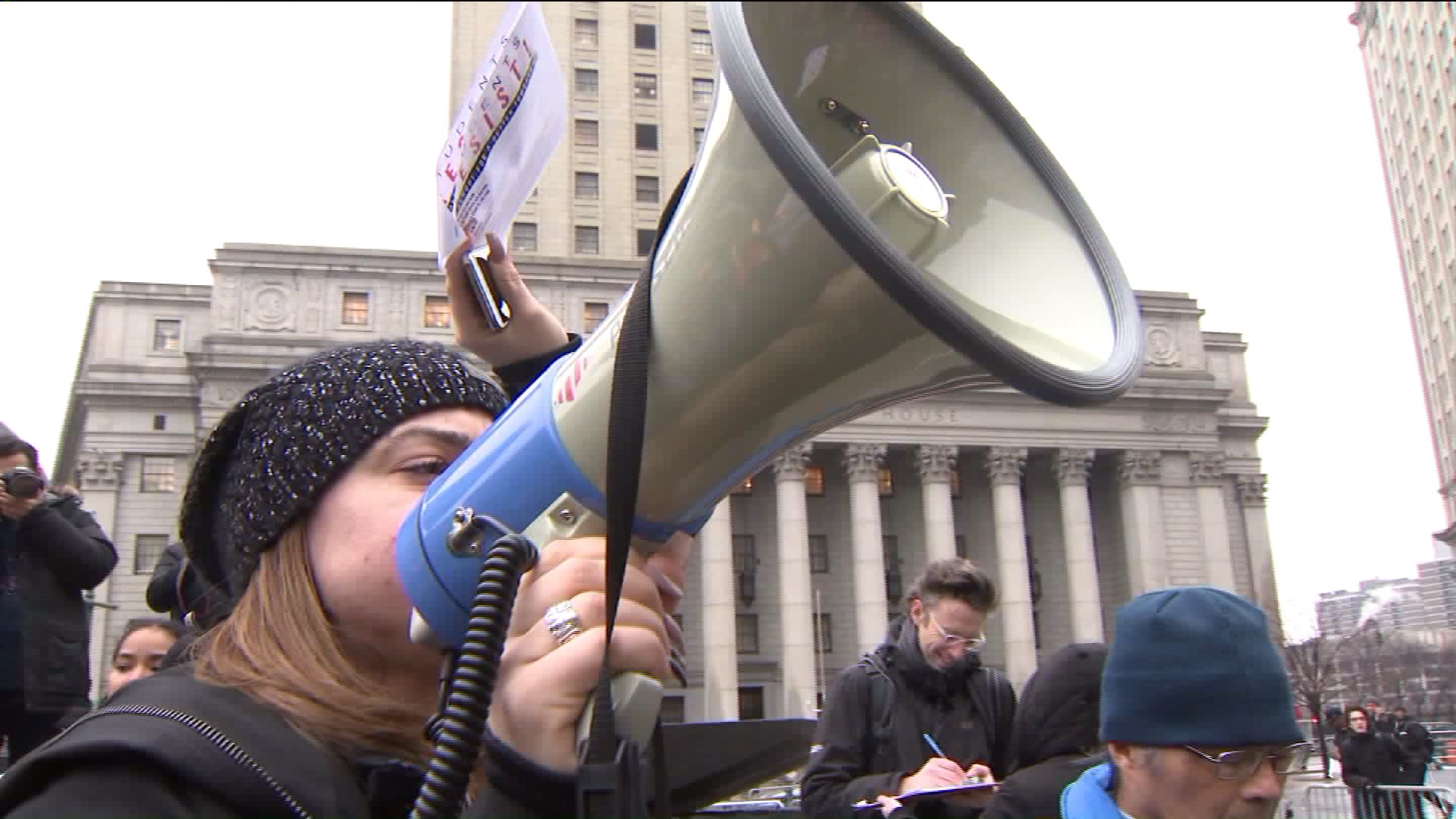 Although the students are not old enough to vote, they said they still want their voices heard.

LOWER MANHATTAN — "You're crazy. You're loud. Build a wall, we'll tear it down" — was one of the many chants New York City high school students screamed during a protest Tuesday.

Some carried handmade cardboard messages — others held up those made via machine and provided to them by the New York Immigration Coalition.

However, what made Tuesday's demonstration at Foley Square unique was the fact the vast majority was not old enough to vote, but still they were old enough to have their voices heard.

A crowd of more than 1,000 students, the vast majority from New York City high schools decided to walk out of school midway through their day, to express their frustration over President Donald Trump and his policies.

A few students told PIX11 News how they found out about the protest in the last week via social media. Yet, the demonstration had professional organizers helping guide the students through their chants to ensure that they did not curse.

It did not take long for additional students to join in with those already making their passionate points. The steady stream of students began shortly past noon and lasted for approximately 90 minutes.

One of those who took part, did so after one her pupils invited her, "She told me about the demonstration and I wanted to come," said Susan Daykin a professor at the Fashion Institute of Technology.

While her students are well beyond high school, she shared with PIX11 News how she was glad to have joined her students, both of whom have deep family roots in other countries.

Daykin also was impressed at the others, many of whom were unable to vote in November, who showed up to take action in the midst of raindrops.

"I think it's very important like civic duty and I am glad they are not opting out."