Cops seek men who pulled gun on Queens store clerk and his 9-year-old daughter in $3,000 heist 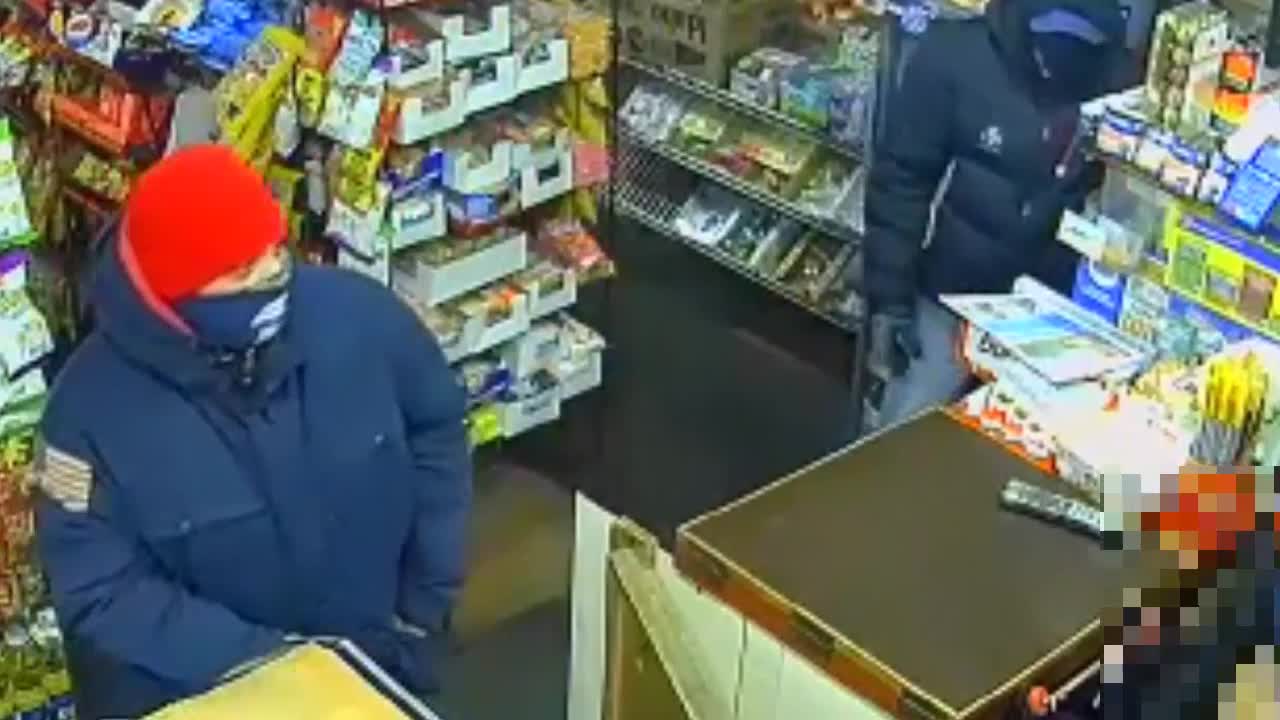 Police are looking for two masked men who held up a Queens store clerk and his 9-year-old daughter at gunpoint before taking off with thousands of dollars in cash. 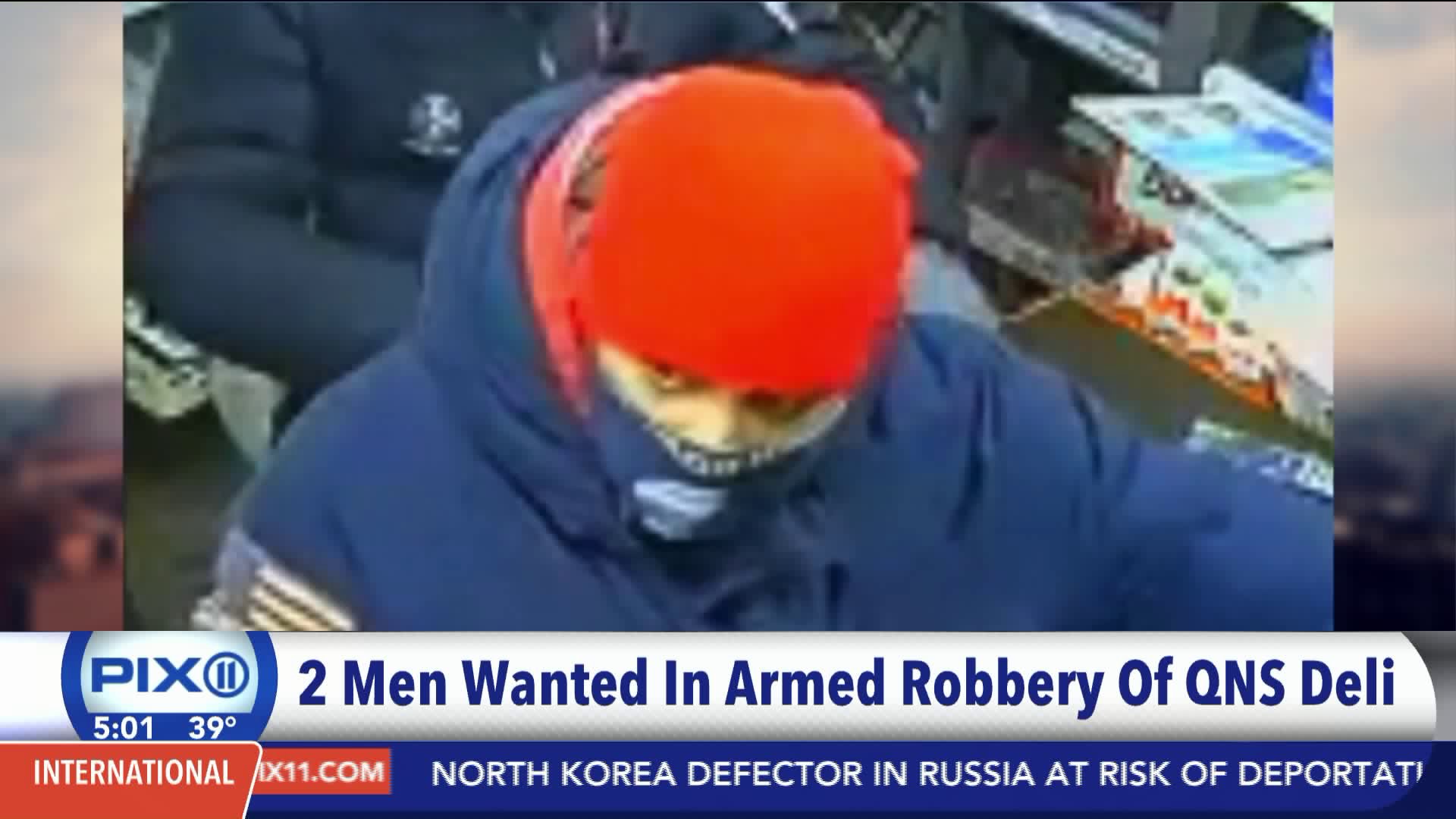 GLENDALE, Queens – Police are looking for two masked men who held up a Queens store clerk and his 9-year-old daughter at gunpoint before taking off with thousands of dollars in cash.

Video footage provided by the NYPD caught the two men entering the bodega, and when one of them pulled out a handgun on the 27-year-old male employee and his 9-year-old daughter who was sitting on his lap, police said. The gunman allegedly ordered the clerk and the child to get down on the floor while he took money from the cash registers. He also took a cigar box, which contained cash, from underneath the counter and gave it to his accomplice, who then placed it inside his jacket, according to police.

The girl's grandfather, Taher Almatare, told PIX11 about the harrowing event. Almatare owns the deli and opened it in 2009. He said this is the first time the deli has been robbed, and his granddaughter was frightened during the incident. She was visiting her dad while he was working at the deli and doing her homework when the two men entered and demanded money.

"They tell her be quiet," Almatare said. "She was sitting in the chair doing her homework. She was screaming, screaming."

"They walked in, said 'don't move,' and took the money. She was scared, to be honest, [and] screaming, screaming. She was afraid. She love [sic] her dad, she didn't want anything to happen to her dad."

The employee and his daughter did not suffer any injuries.

Anyone with information in regards to this incident is asked to call the NYPD's Crime Stoppers Hotline at 1-800-577-TIPS (8477) or for Spanish, 1-888-57-PISTA (74782).  The public can also submit their tips by logging onto the Crime stoppers website at WWW.NYPDCRIMESTOPPERS.COM or by texting their tips to 274637 (CRIMES) then enter TIP577. All calls are strictly confidential.