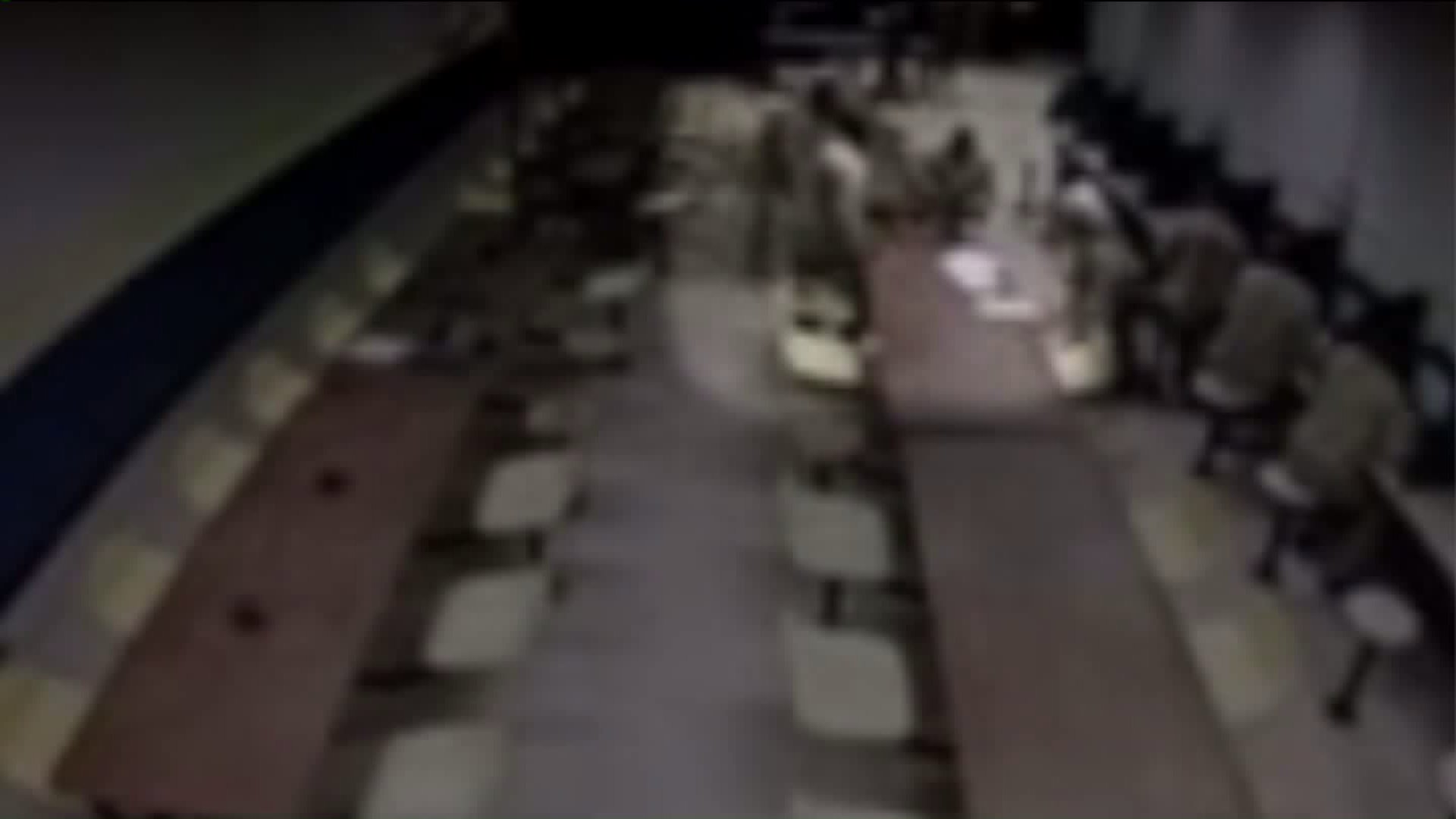 inmates are seen pulling their pants down and inserting what sources say are blades into their rectums.

RIKERS ISLAND — In the blink of an eye on January 18, two inmates slashed another in the face inside the law library at Rikers Island.

The injured inmate immediately gets up and runs away, while the other inmates in the room are immediately put on alert.

Another slashing at Rikers Island is not necessarily new — but, what happens next that has alarmed a number of jail officials and city leaders.

Sources tell PIX11 after the slashing, inmates are seen pulling their pants down and inserting what sources say are blades wrapped in tape, directly into their rectums.

"Our biggest obstacle is finding those small weapons," says Department of Corrections Commissioner Joe Ponte in an exclusive interview with PIX11. "They are able to secrete those blades in their body cavities."

Commissioner Ponte touts an uptick in contraband finds as the Corrections Department works on reforming the vast jail system, but, also admits that slashings actually rose in 2016.

"The slashings tend to be a gang reaction to something that is happening," says Ponte.

In fact, one of the inmates involved in the January 18 slashing has been identified by a jail source as 38-year-old Michael Walcott, a former Bloods gang member, who was arrested in a massive takedown of 62 other people in 2014.

It was than, in a rather ironic twist, that Walcott was accused of stealing scalpel blades from his hospital job and smuggling them to gang members inside Rikers Island.

He spoke to PIX11's Mary Murphy back in 2014 about those accusations.

The Department of Corrections now says that Walcott and another inmate will be rearrested for this slashing, while the focus now shifts to the growing problem of hidden weapons.

"In 2017 more and more people are getting hurt and the city is not doing a damn thing about it," says City Councilwoman Elizabeth Crowley.

Crowley has been fighting for nearly three years to have airport style scanners placed inside the jail system to find items hidden in body cavities, but it currently is against the law, because lawmakers say the radiation is too dangerous.

"If you need to get a law passed, it should be top priority," says Crowley.

PIX11 reached out to two New York Assemblyman who have raised questions about the scanners.

"After more than a year of discussion, the mayor has been unable to provide clear answers on how the scanners will be used, where they will be used, if he intends to purchase more, and if any measures to prevent improper use will be implemented. With the severe effects that can occur from exposure to carcinogenic radiation, the people of this state deserve clarity and assurance that scanners will not be used to punish inmates - something over 100 plaintiffs have alleged in federal litigation against the scanners.”

“The use of body scanners is essential to protecting correctional facility staff. We need to ensure that weapons and other contraband are not brought into these facilities. However, there must be clear protocol so that the individuals operating the machines are properly trained and licensed to use the machines. These protocols must be in place to protect prisoners, corrections officers, machine operators, and all others who pass through the machines. By having operator protocols in place we will also safeguard the longevity and functionality of the machines.”

For now, the fight continues.