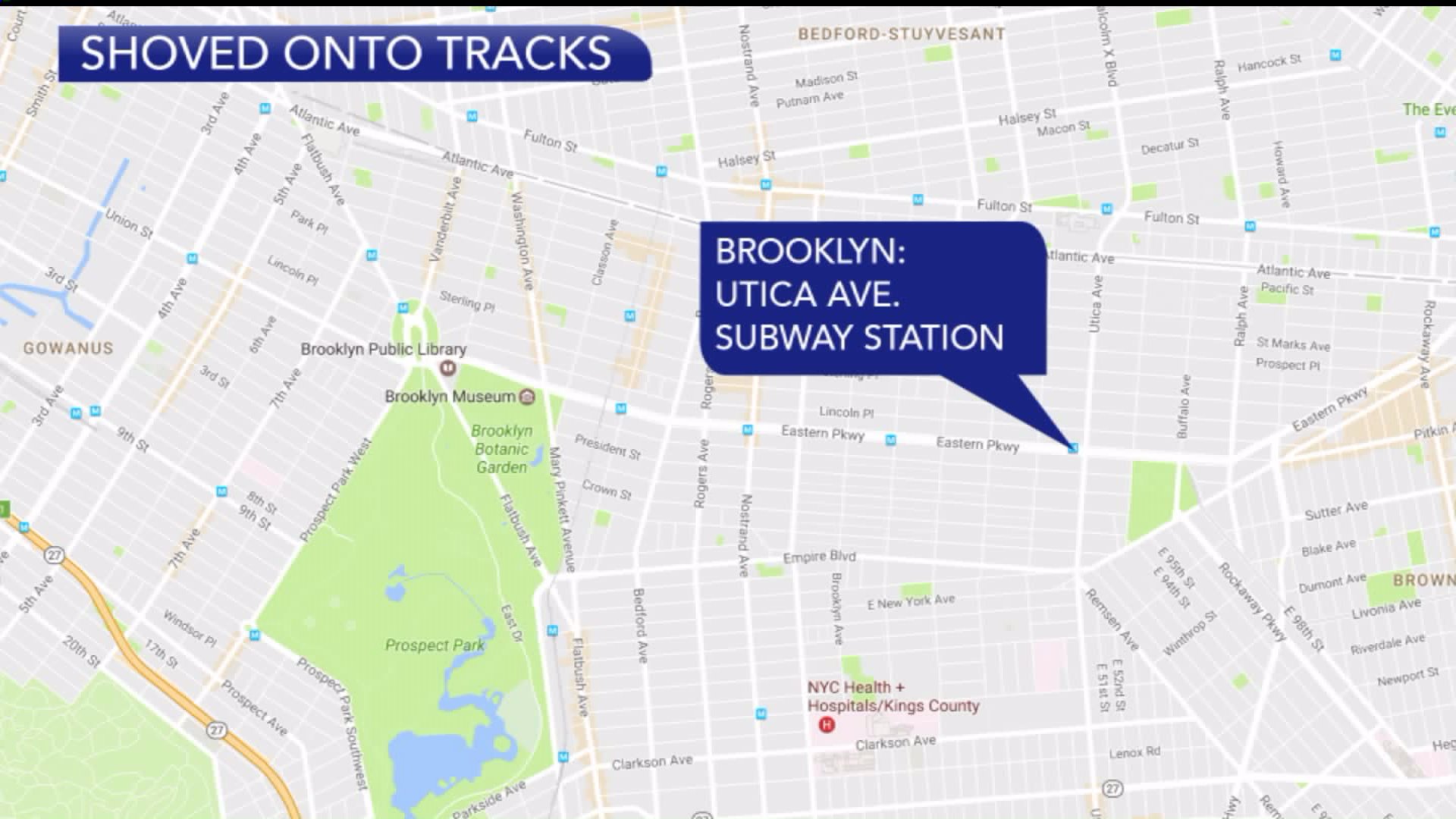 Police say an altercation broke out between the men and the 16-year-old victim.

CROWN HEIGHTS, Brooklyn — Two men shoved a teenage girl onto the subway tracks in Brooklyn on Sunday night then mugged her before running off, police officials said.

The two men had some sort of ongoing dispute with the 16-year-old victim's brother, police said. She ran into the Utica Avenue subway station in Crown Heights in an attempt to get away from them around 8 p.m.

One of the men punched the girl, an NYPD spokesman said. She was pushed onto the southbound tracks.

The men jumped onto the tracks after her and stole about $20 in cash, the victim's identification cards and her coat. It was 36 degrees in the area at the time, according to the National Weather Service .

No arrests have been made as of Monday morning.

The teenager was treated for minor injuries, including a twisted ankle, at a hospital, officials said.

No identifying information has been released for either of the culprits or the victim.