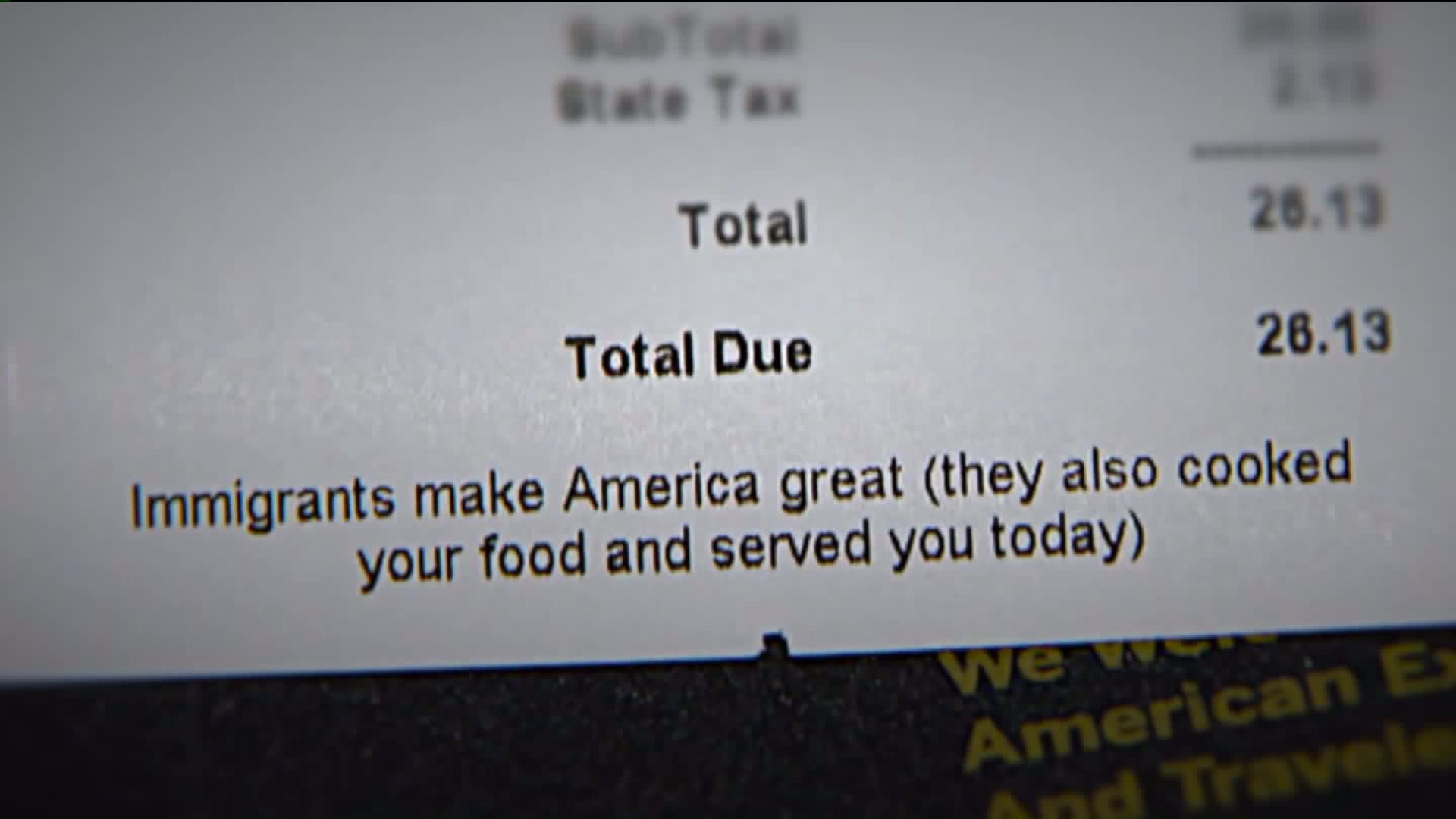 Customers and passersby appear to have no issues with the pro-immigrant receipt.

PARK SLOPE, Brooklyn — One Brooklyn restaurant's message of solidarity following President Trump's travel ban is causing a quite a stir online after a photo of a receipt circulated on social media.

From the outside, Kiwiana looks like any other quaint and cozy Park Slope restaurant serving interesting cuisine — but they have a message for their customers.

“Immigrants make America great (they also cooked your food and served you today)," reads the bottom of the receipts.

Mary Emily O'Hara tweeted a picture of her receipt from Sunday brunch and got more than 186,000 likes and 68,000 retweets and climbing.

The chef owner of Kiwiana emigrated from New Zealand 10 years ago and opened the restaurant in 2011.

Simmons says his receipt messages aren't usually this political but he said he had to respond to President Trump's executive order barring refugees and travelers from seven Muslim-majority countries.

"I think about the families being torn apart," Simmons told PIX11. "Put yourself in their position, it would break me up."

In the kitchen and out front, employees represent at least six countries including Russia, China, Guatamala and the Dominican Republic.

When 17-year-old Kelvin Pichardo was hired by the chef owner, Simmons told him we are all from different countries here but we were all one family.

"We got people from around the world," Pichardo told PIX11. "We don't have a special race here."

Customers and passersby appear to have no issues with the pro-immigrant receipt.

"My thoughts are that is fine and well," Michelle Taylor, a passerby, told PIX11. "He wanted people to know the people who work here are immigrants. He just wanted to tell the world. I am sure they don't find that to be a problem," Ms. Taylor added.

Customer Jen Bonczar said, "we shouldn't be throwing people out, we should be welcoming them."

As for how long the receipts will continue to have this pro immigrant message, the chef/owner's response: "for as long as it takes!"