Elevated levels of lead found in water at Bronx school 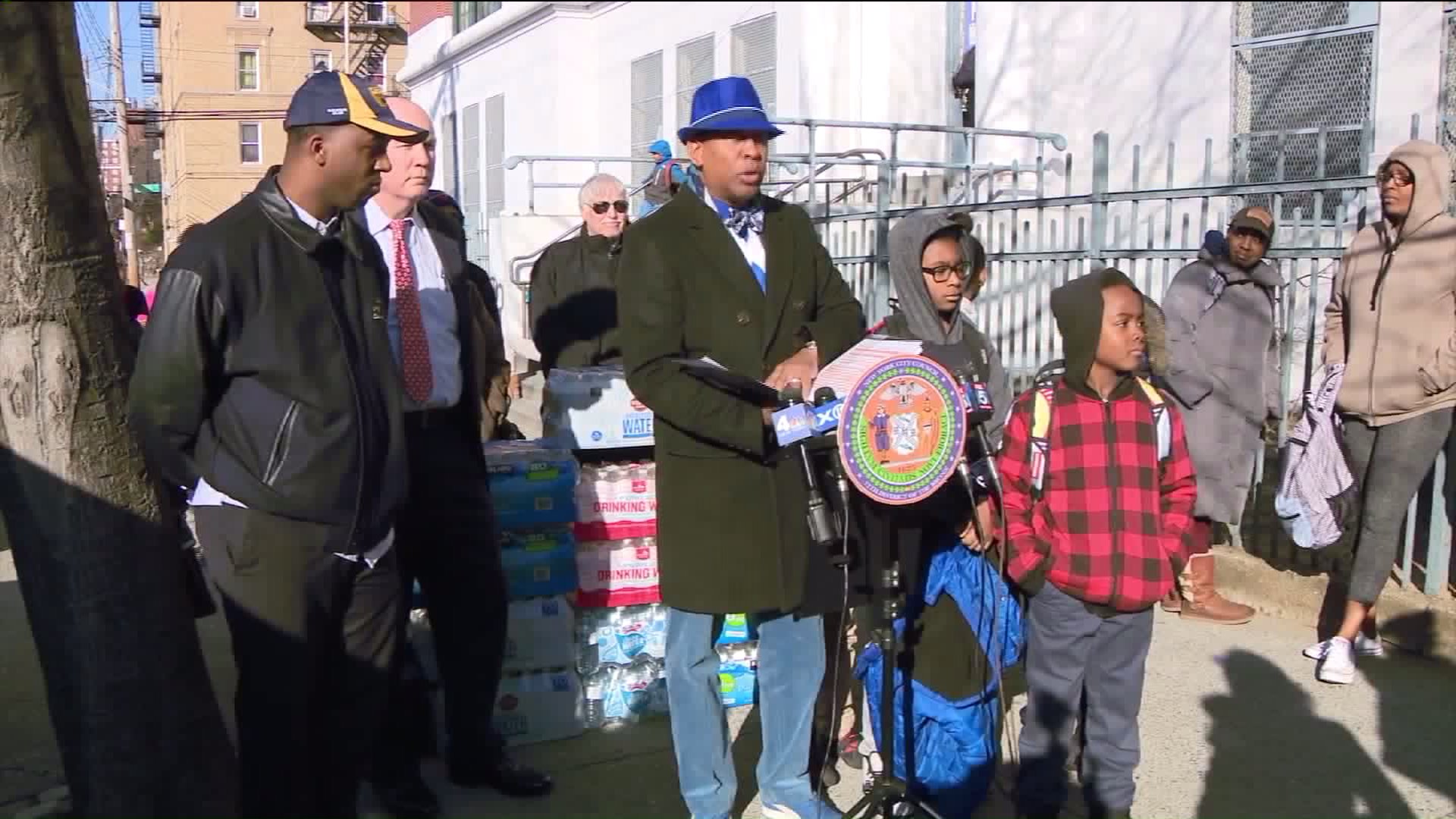 Ten out 63 samples recently taken showed elevated levels of lead in the building. Five of the fixtures are in bathrooms, two in classrooms, two in hallways, and one in an office.

Check to see if your child's school has tested positive for elevated lead levels click on the link here: Water Safety - Our Schools - New York City Department of Education

"We're not saying it's not safe but we want to make sure we have precautionary measures in place for any child washing their hands or any worker washing their hand or anyone drinking water, that it's ok," said King.

P.S. 41, which King attended as a child himself, is not the only school affected. King says testing has found elevated lead levels in 23 of the schools in his city council district 12.

"The DOE has said whether its drinking water or water for the food being cooked or just in classrooms that they will shut down these locations until they're able to remediate and fix the problem," said King.

A letter went home with students last week. Parents who spoke with PIX11, voiced their concerns.

"I attended a meeting Friday and they talked about lead in the water and that's a major issue for me because I don't wantn nothing to happen to my child. I don't want my child damaged for the rest of her life with lead," said Richard Lewis.

Lewis was picking up his daughter, Sahara, who is a first grader at P.S. 41.

"I was told water has lead inside so I don't drink it no more. My daddy puts water bottles in my book bag," said Sahara.

Part of the issue is the age of the building — this one is over 75 years old.

Another parent, Alisa Rodriguez told us, "I read the letter they sent home over and over. To see some of those lead levels, it was very scary. I want the city to clean everything, new pipes, new water system, new everything, these kids are our future and they need to have the best."

New state regulations that just went into effect last fall orders all schools to periodically test for lead, making New York the first state in the nation to have such a requirement. A DOE official on hand today stresses, there has never been a known case of lead poisoning due to drinking the water in NYC schools.

"The water in our buildings is safe but that doesn't mean when we do testing there aren't some fixtures that do have some elevated levels of lead thats normal happens in buildings across the city but that doesn't mean we don't have to do something about that, we do. We have strict protocols in place," said John Shea. CEO of the NYC Dept. of Education Division of School Facilities.

Here is the statement from DOE in regards to elevated lead levels.

"Parents can rest assured that water in New York City is of the highest quality in the world and we have stringent protocols and robust procedures in place to ensure that water in school buildings is safe for students and staff. This is standard protocol and there is no reason for alarm: we are continuing to provide students and staff with safe drinking water."
-- Toya Holness, DOE spokesperson