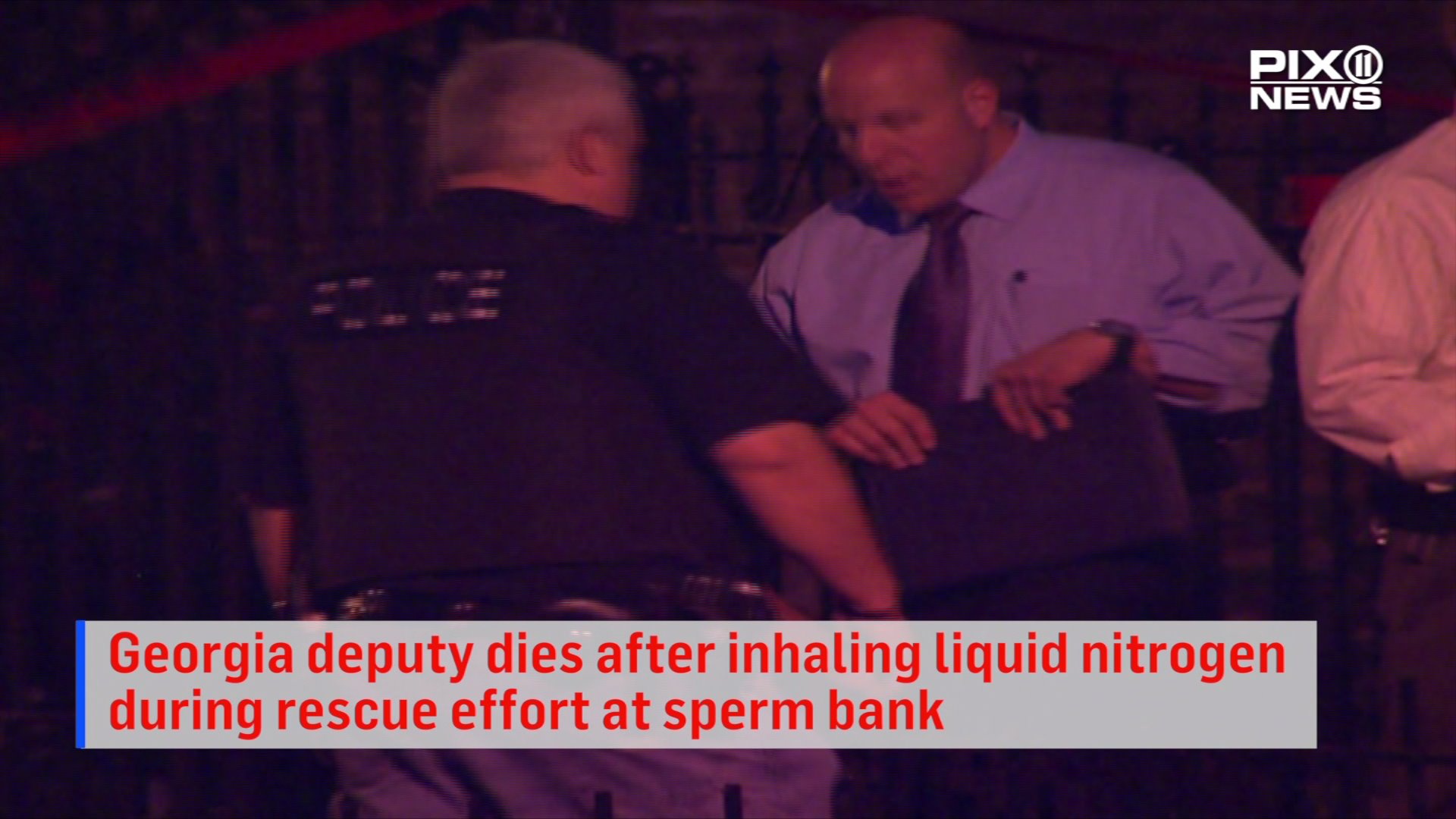 The sheriff`s deputy died after inhaling liquid nitrogen while trying to save a worker at a sperm bank.

AUGUSTA, Ga. — A sheriff's deputy in Georgia died after inhaling chemical fumes as he tried to rescue an employee at a sperm bank, the Richmond County coroner reports.

Sgt. Greg Meagher, 57, of the Richmond County Sheriff's Office, was trying to rescue an employee Sunday at a sperm bank and was overcome by the fumes, which were believed to be from liquid nitrogen. The deputy and the employee were taken to Augusta University Hospital, where Meagher was pronounced dead, coroner Mark Bowen said.

CNN affiliate WRDW reported three other deputies were also treated when they had trouble breathing at Xytex Corp. in Augusta.

The company's website says it is a "global provider of human semen to healthcare professionals and their patients." Xytex Corp. has not responded to CNN's request for comment.

Liquid nitrogen is commonly used to keep things frozen, but its vapor can cause asphyxiation if the chemical is spilled in an enclosed space.

Bowen said an autopsy would be conducted in Atlanta tomorrow. Results will take several weeks.

The sheriff's office is planning a news conference Monday afternoon.