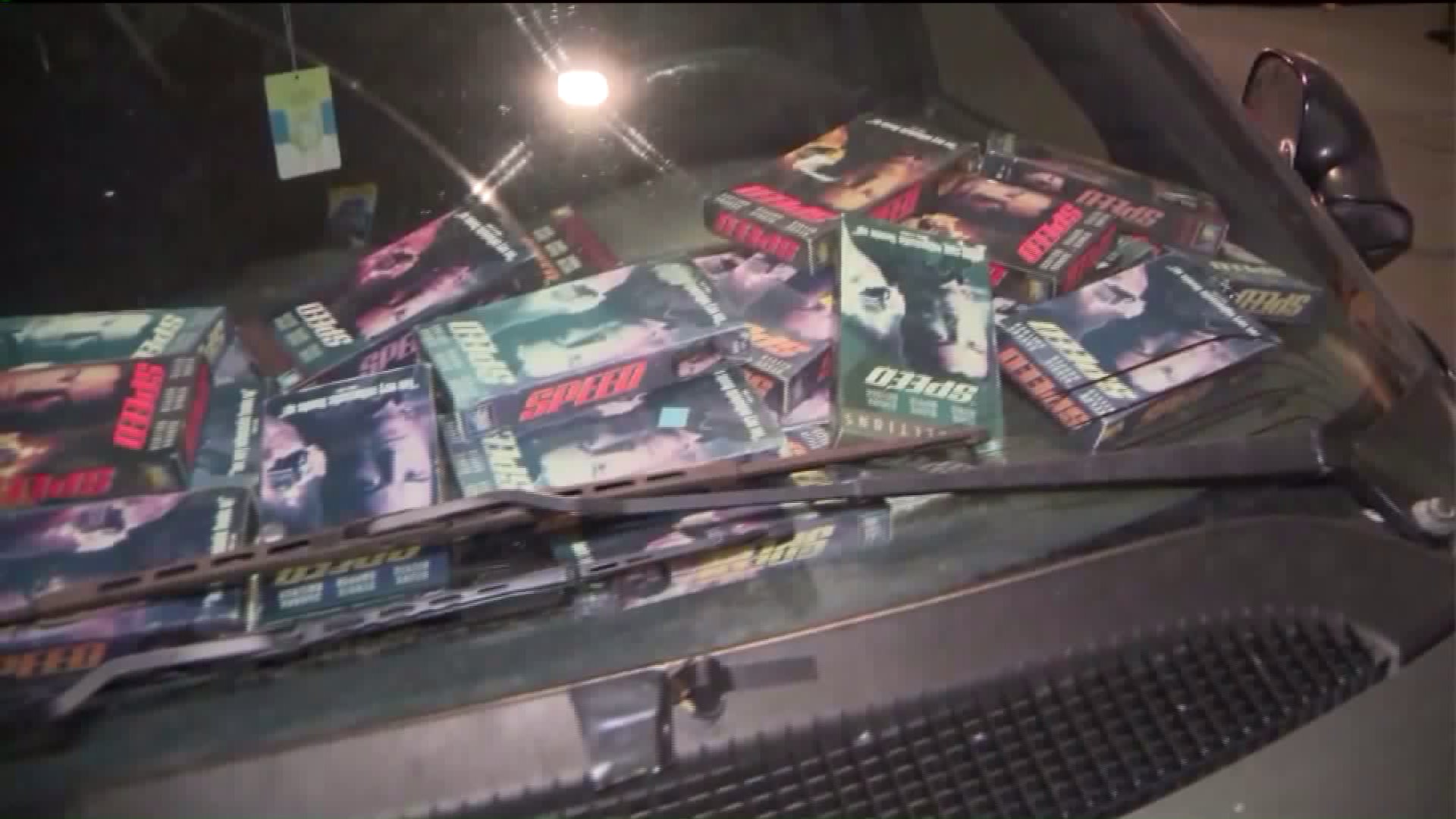 He works at the Woops Bakeshop and plays in a band.

The tougher question is why is someone collecting VHS tapes of the movie and displaying them on the dashboard of a van parked all over Brooklyn.

Someone tweeted a picture of the van parked on 17th St. between Fifth and Sixth Avenues in Brooklyn for the past two days and it got more than 15,000 likes and 4000 retweets.

But why the movie "Speed"?

PIX11 tracked the owner of the speed van to this sweet little coffee shop Woops in Park Slope and its 23-year-old barista Austin Finn who answered the question why.

"It's kind of cool to collect for the sake of collecting," Finn, the owner of the van, told PIX11. "Plus since it is VHS, it is useless, which is cool."

Finn is also a singer and guitarist for a band called Idaho Green that just moved from Montana to Brooklyn.

While in Idaho the band met Ryan Beitz, the grand high chairman of the World Speed Project, the man who started this wild and crazy collection.

"I guess they are looking for attention," Greg Defelice, a neighbor, said.

Mona Kayhan, another South Slope resident, was amazed at all the faces of Keanu Reeves she could see through the windshield.

And neighbor Chris May proclaimed, "Finally, art has come to 17th street."

The band plays at Silent Barn on February 12th, so if you have a VHS tape of "Speed," drop it off there.