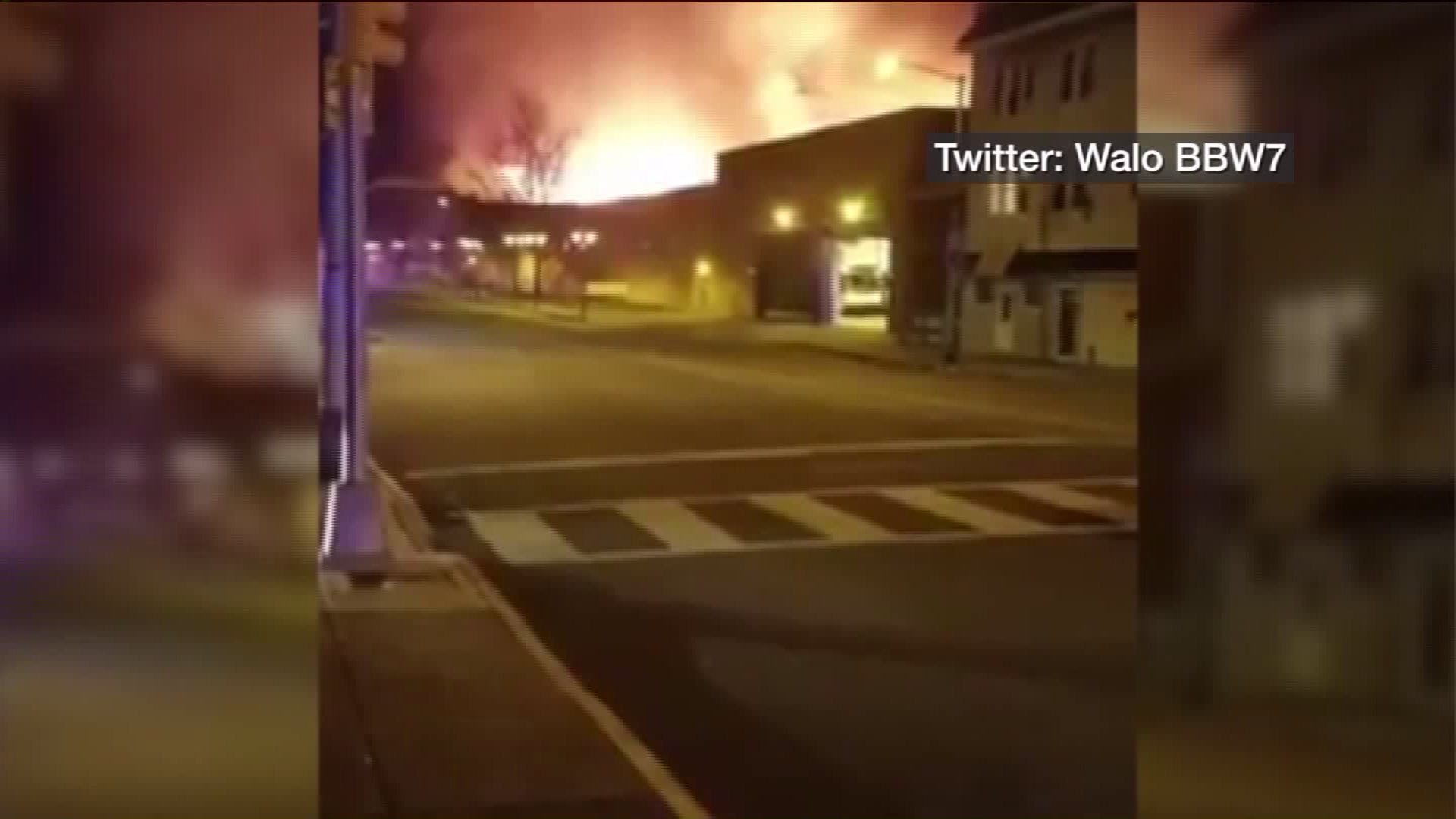 About 30 units were due to be open to residents in about six weeks.

MAPLEWOOD, N.J. — A fire ripped through a a luxury apartment complex that was under construction Saturday morning, destroying most of the units that was about to open to residents.

The fire began around 1:30 a.m. at the Avalon apartments in Maplewood and quickly spread to neighboring buildings. More than 120 firefighters were at the scene putting the flames out as outside temperatures hovered in the teens.

"The building was under construction in three stages. The fire was involved in the two stages that was not completed at this time," Maplewood Fire Department Chief Michael Dingelstedt said.

One firefighter was injured when he slipped on ice, authorities said.

There was no one living in the 235-unit apartment complex. About 30 of the units were due to be open to residents in about six weeks, but the fire has destroyed more than two-thirds of the community.

"It's crazy. It's sad, very sad. It's scary,"Farah Saunders, a woman near the scene, said.

Firefighters were still at the scene 12 hours later. It's unclear what caused the fire at this time, but an investigation is underway.

AvalonBay Communities, the company that owns the complex, faced a similar situation two years ago when a 240-unit apartment complex it operated in Edgewater was gutted by a massive blaze.

AvalonBay Communities released a statement to PIX11 News about the incident:

AvalonBay is working with authorities to investigate an overnight fire at our upcoming development in Maplewood, New Jersey.  The Company greatly appreciates the quick actions of local emergency responders in extinguishing the fire, and we are thankful that there are no reports of serious injury. The 235-apartment development is still under construction and unoccupied, and was scheduled to open in March.

Early this morning, the on-site fire-watch personnel discovered the fire and called local responders. The fire involved a portion of the community under construction.  We are working closely with local authorities to determine the cause of the fire, as well as the potential impacts on the development.

the bus terminal on Springfield Ave in Maplewood pic.twitter.com/TyKbFBiDo8