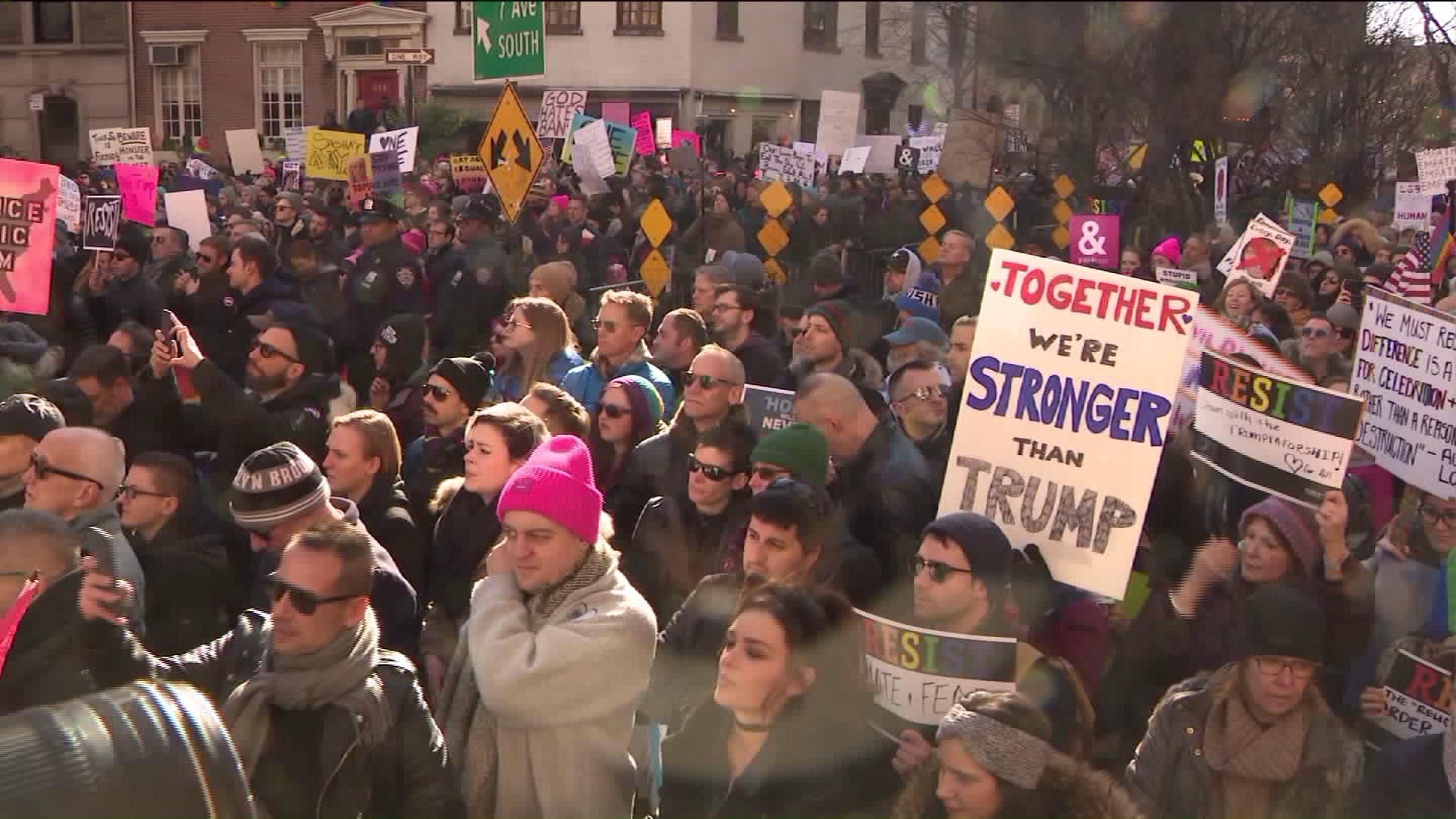 WEST VILLAGE, Manhattan — At least one person was arrested near Stonewall Inn Saturday where thousands of people of the LGBTQ community gathered to rally against President Donald Trump's executive order.

Protesters and state and city officials gathered near Stonewall Inn about 2 p.m. Though protesters were arrested, it was a largely peaceful rally.

GLAAD and other LGBTQ organizations hosted the LGBT Solidarity rally to show support for the "immigrants, asylum seekers, refugees, women and other communities that Trump has already taken aim at," according to the GLAAD website.

Today we rally in solidarity with immigrants, asylum seekers, refugees, women and other communities that Trump has already taken aim at. pic.twitter.com/SvEjL9oBEg

More than 60 organizations sponsored the event. The LGBTQ community said they understand how the people impacted by the travel ban feel and are standing in solidarity with them.

“We have the ability to push back we will protest and engage in civil disobedience let our voices be heard," Johnson said.

Sen. Chuck Schumer, who has been a vocal opponent against Trump's travel ban, spoke at the rally and led a "Dump Trump" chant. Schumer criticized education secretary nominee Betsy DeVos.

"I know you have my back and I have yours. We are going to 'Dump Trump!'" Schumer said.

The rally follows more than a week of protests and boycotts since Trump signed an executive order banning refugees and citizens from seven Muslim-majority countries from entering the U.S. President Trump has also said he opposes same-sex marriage.

This week, a leaked draft of another presidential executive order that would effectively weaken LGBTQ individuals from being protected from discrimination. The White House has declined to say if it would be signed.

Last Saturday, thousands turned out for the spontaneous protest at JFK Airport where refugees who arrived just as the executive order went into effect were detained.

On Friday, a federal judge in Seattle temporarily suspended Trump's executive order nationwide. The Department of Homeland Security announced it too has stopped all actions to implementing the immigration order.