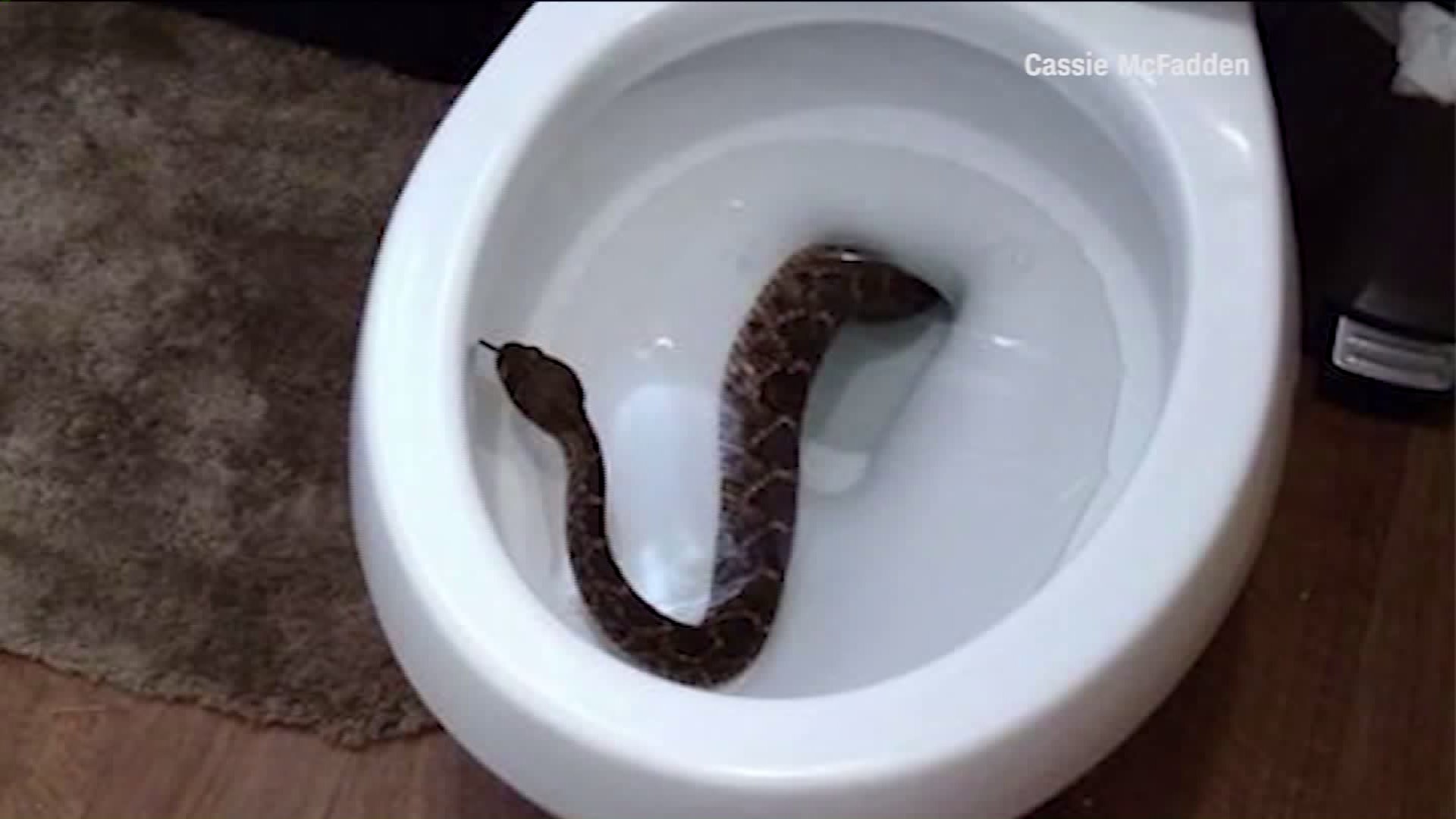 The 4-year-old found the snake slithering in the toile and that was just the beginning.

Big Country Snake removal company finds 24 snakes underneath family home in Texas. A young boy who resides in the home in Abilene, Texas, woke up Tuesday, Jan 31, 2017 morning and headed to the bathroom to find a rattlesnake slithering up his toilet bowl, WFMY reports.

ABILENE, Texas — What do you do if you find a snake in your toilet? If you're Isac Mcfadden, you go get your mom.

The young boy from Abilene, Texas, woke up Tuesday morning and headed to the bathroom. To his surprise, he found a rattlesnake slithering up his toilet bowl, KXVA reports. "I found this big clump, and I knew it was a snake," said Isac.

He quickly called his mom, Cassie Mcfadden, who recruited one of Isac's older brothers to get a shovel to kill the snake.

Cassie Mcfadden killed the snake while dad, Jason, called Big Country Snake Removal. When the technician arrived, he found 24 Western diamondback rattlesnakes -- 13 in the cellar, five adults and five babies underneath the house, and the one snake in the toilet, which had entered through a relief pipe.

"Rattlesnakes are secretive and can be very cryptic — They rely heavily on their camouflage," the company warned on its Facebook page. "This is simply how they survive. Just because you don't see them doesn't mean they aren't there."

The firm recommended that property owners have their homes checked regularly for snake infestations and said they shouldn't be afraid.

"Rattlesnakes are an absolute necessity for the ecosystems, and people have an irrational fear about them," a company spokesman said.

Isac and his brothers had some final words of wisdom for other kids who encounter snakes in their homes.

"If you find a snake," they told KXVA, "always get an adult."