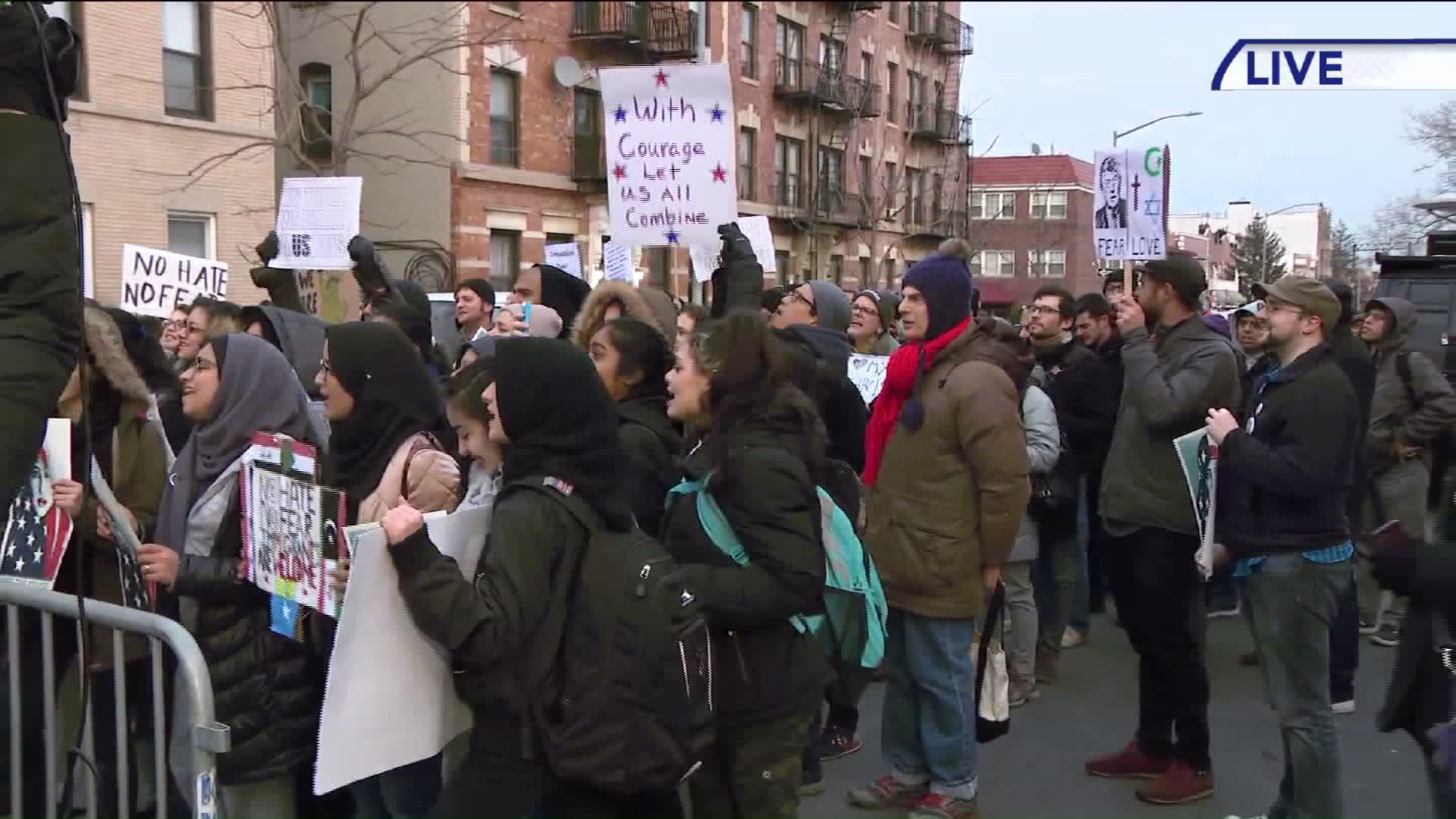 It`s been one week since President Trump signed the executive order.

MASSAPEQUA PARK, N.Y. — Both supporters and opponents of President trump’s travel ban have gathered outside the Long Island office of Rep. Peter King.

King is a supporter of the ban.

Chants of “Refugees are welcome here!” are being met with those of “Build that wall!”

Friday marked a week since Trump signed the executive order that banned refugees from entering the U.S. for 120 days and ones coming from war-torn Syria indefinitely.

The announcement of the ban has been met with week-long protests.

On Thursday, 1,000 of NYC bodega owners shut their store doors and rallied at Brooklyn Borough Hall in opposition of the ban.

Though the ban is temporarily, Trump can extend it after it expires.

Immediately after the executive order went into effect, immigrants who were in flight to the U.S. were detained at airports nationwide.