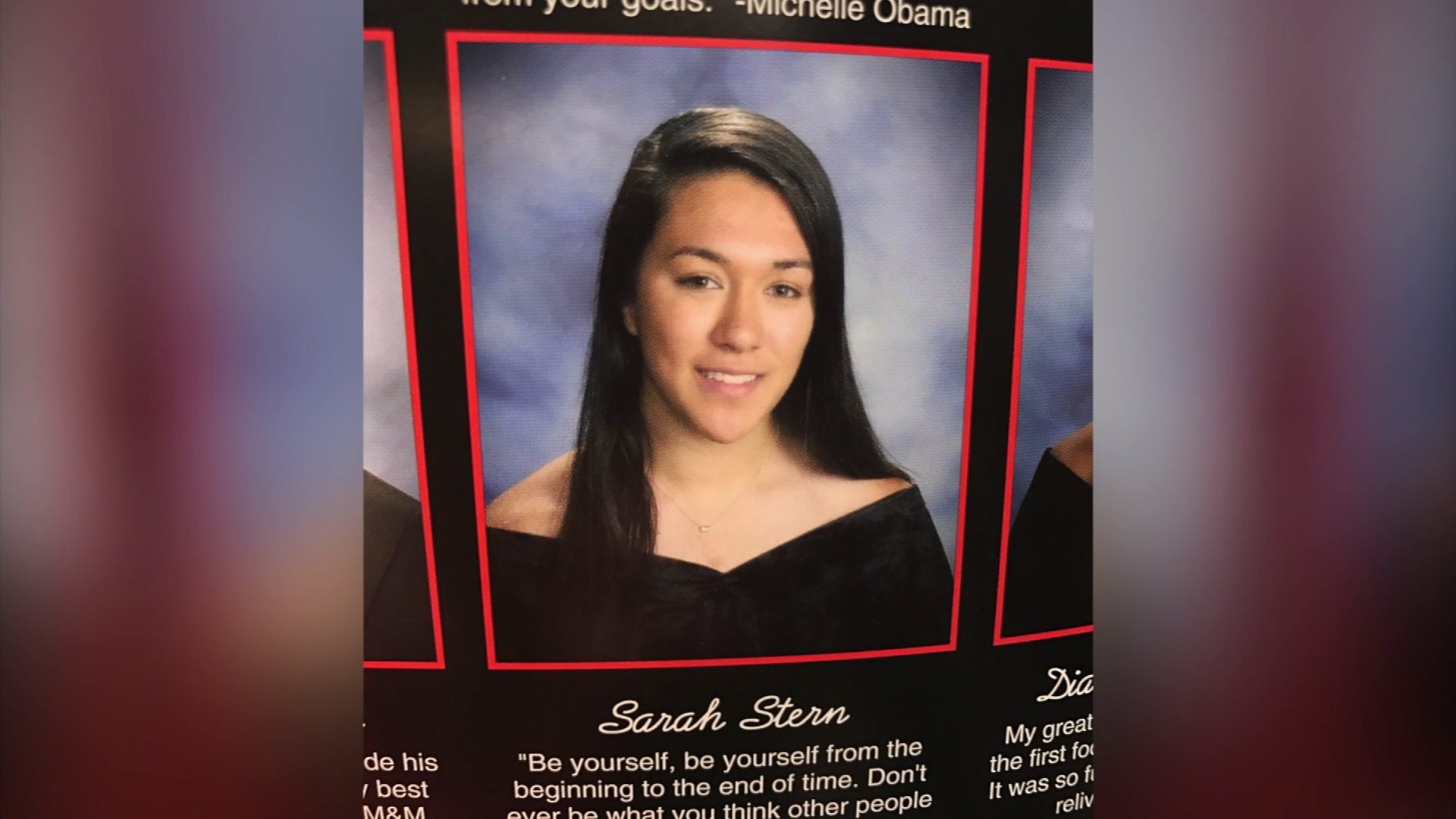 The search for her body resumed Friday.

FREEHOLD, N.J. — The father of a 19-year-old New Jersey woman strangled during a robbery says the two men charged in her death were her longtime friends.

Michael Stern tells NJ.com that his daughter Sarah Stern went to grammar school with the two, and he often drove them to school.

Michael Stern says Taylor took his daughter to the prom.

Sarah Stern had been missing since Dec. 3 after her car was found with keys in the ignition on a bridge over the Shark River in Belmar.

The search for her body resumed Friday.

Attorneys for both men didn't return calls seeking comment on the charges Friday.